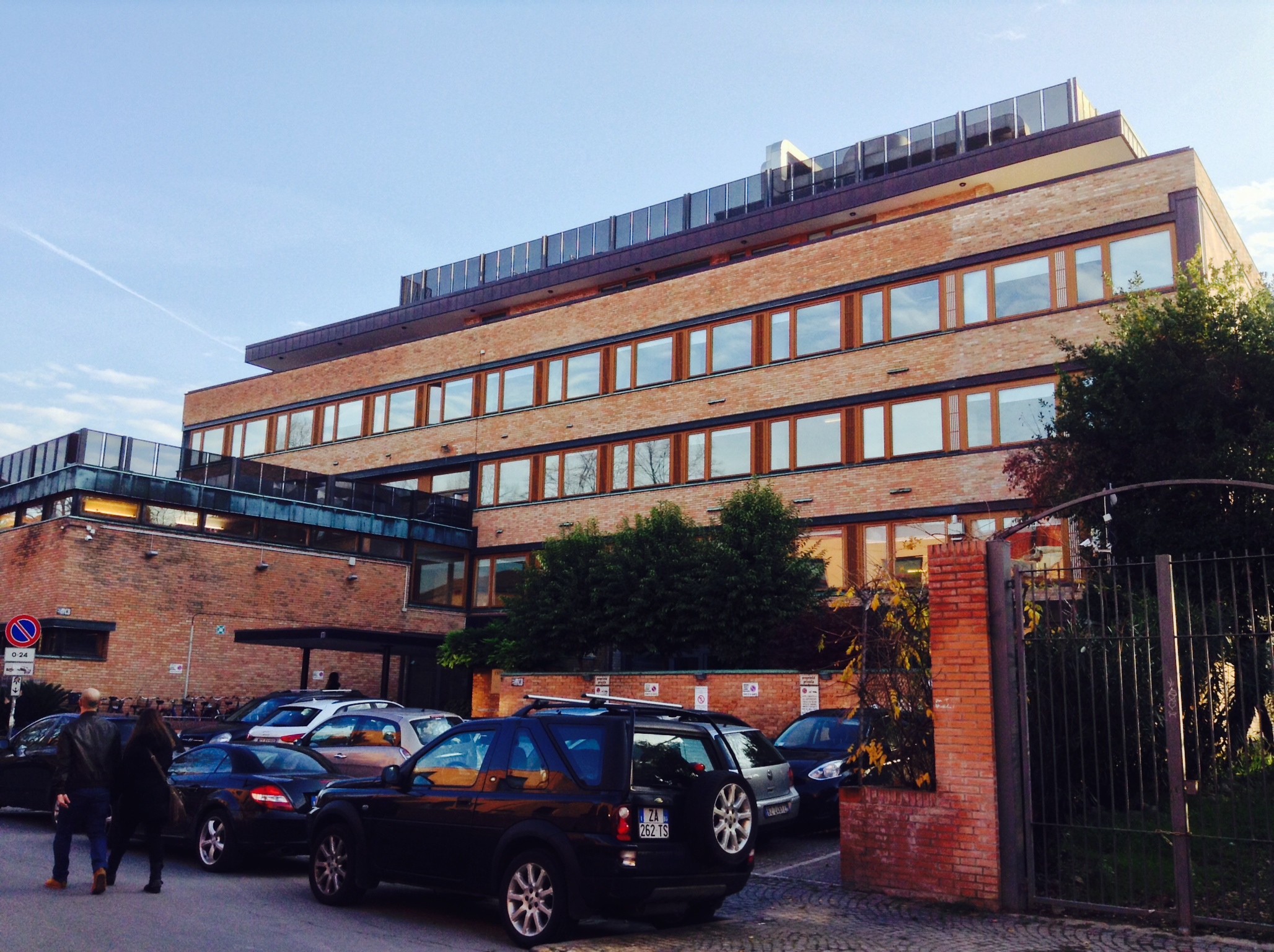 BOLOGNA, Italy — As SAIS Europe celebrates its 60th anniversary this school year, the current Class of 2015 is but one in a long line to have come through the doors of the institution.

The exterior of the building would be recognizable to those students who were in Bologna when it opened in the early 1960s, but the past decade has seen three major renovations upgrade and update the facilities students, faculty and staff have available today. In addition to interior remodeling, a new extension was built onto the west end of the building.

Having opened in 1955 in an apartment on loan from the rector of the University of Bologna, SAIS moved into its current location on Via Belmeloro in 1960 or 1961. Director of Finance and Administration Bart Drakulich said no one is really certain what used to sit on the site of SAIS Europe’s current campus.

“Nobody seems to be 100 percent sure,” Drakulich said. “When we were doing the construction, I had to find the title to the building, and in the title it showed that it had been purchased from nuns.”

The first two renovations, done to the library and the rest of the building, respectively, in back-to-back summers in 2005 and 2006, were major structural upgrades. The third one, in the summer of 2013, created the new mezzanine-level student lounge.

Drakulich was one of the lead managers of the renovation projects. He said the first two summers were used mainly to update the building to meet modern safety requirements.

“A lot of it had to do with our HVAC systems which were completely outdated. We didn’t meet safety requirements, we didn’t meet the disability access requirements, you name it,” he said. “The building really hadn’t been touched since 1960 when it was built, so it was falling apart.”

The first phase of the renovation was the library. Not only did SAIS stabilize and update the structure, but it fully redesigned the library. Before, the stacks of books were upstairs on a balcony overlooking the main floor with periodicals and student workspace and computer lab in the windowless basement.

“The nicest part of the building was taken up by book stacks,” Drakulich said. The library project was finished just in time for classes to start that fall.

The second phase was the rest of the building, including an extension onto the west side of the building, facing a public garden and park, and creating the Penthouse terrace facing the city center.

The construction crew was able to finish the core of the building before students returned, but had only finished the structure of the new wing, boarding it up with the intention of finishing it the next summer.

During the fall semester, however, the administration sat down with the student government and worked out a deal in which they would continue working through the fall semester, then have the brand new wing available for use in the spring.

“I remember one time they were having class in the McCarthy classroom down there,” Drakulich said. “It was one of the few left we had that still used chalk, and they were hammering directly on the wall behind it and the chalk was coming off like plumes of white smoke. It was crazy.”

The third phase of the remodeling was a result of several earthquakes hitting the area in 2012. There was no structural damage to the Bologna Center building, but in the process of getting the structure checked, the engineer, who had worked on the construction of the building as a young man, noticed something they had long overlooked – the awning over the main entrance was not structurally safe.

“When he came out and said it’s not to code, I said ‘You’re telling me that giant block of cement, that when we have an earthquake, everyone rushes out of the building and walks under is not safe?’” Drakulich said.

Because they had to fix the front entrance regardless, they decided to also remodel the student lounge area while they were at it. Students had been complaining about a lack of space to study in groups and to eat while studying. They created the current student lounge by punching a hole in the ceiling of the old student lounge and building a staircase up to what was at the time the increasingly unused computer lab.

“It was all kind of last-minute because of the earthquake stuff. We didn’t have a lot of time to plan it, but it all came together really nicely,” Drakulich said.

There are a few relatively minor projects, like sturdier toilets, left on the wish list, according to Drakulich, but they would have to wait until the fund gets replenished.

“Now I think we have the building we need,” he said. “I’m quite happy with it.”

Previous post In Search of Destination: The Nanjing Temple
Next post The Case for Scottish Independence
The SAIS Observer Staff