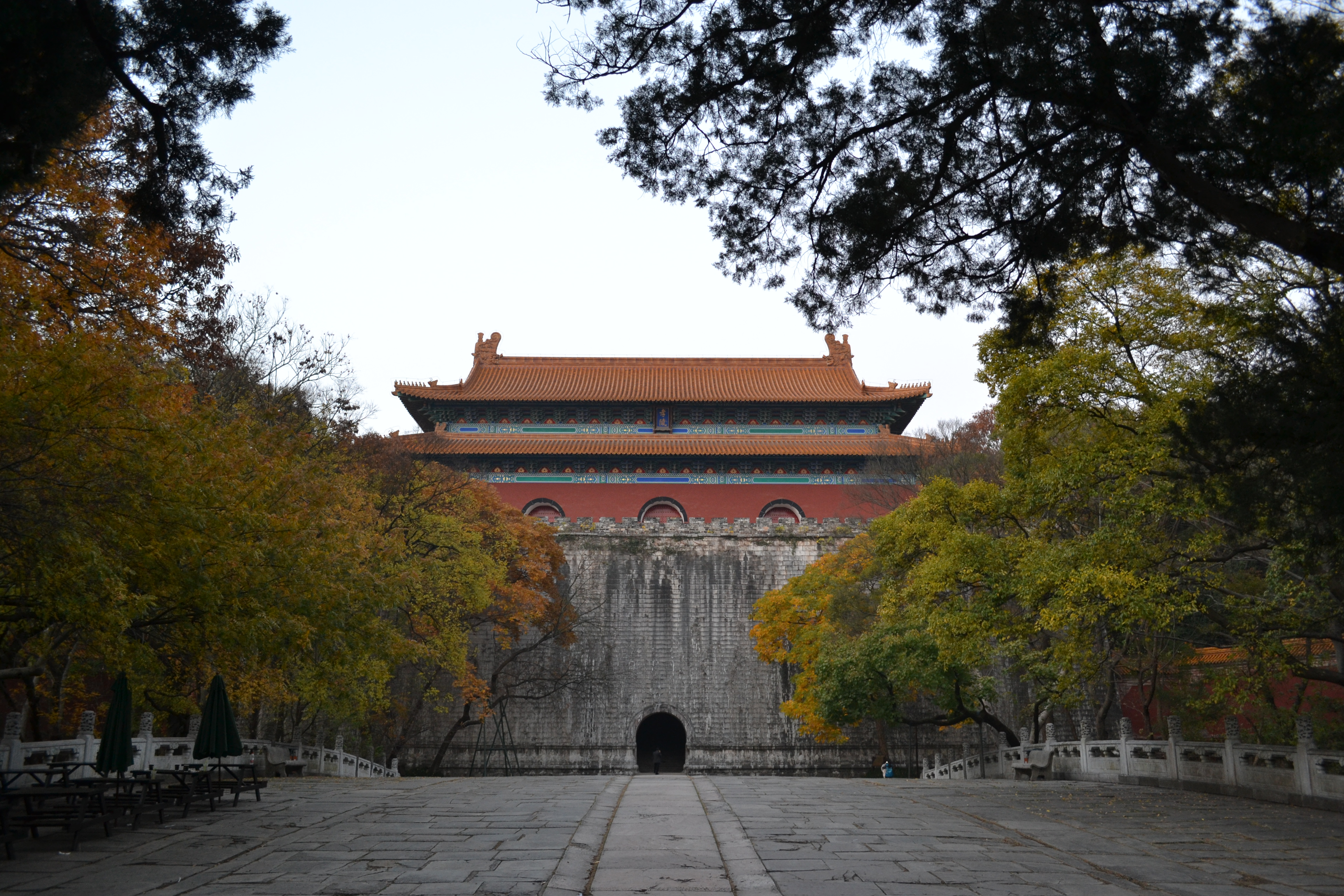 NANJING — Over the Fall break here at the Center, I made a trip to the Filial Tomb of the Ming Dynasty, a 20-minute bus ride away from the HNC campus on the hill of Purple Mountain in Nanjing.

The 14th-century Ming tomb is the burial place of the dynasty’s founding emperor Zhu Yuanzhang and his wife. It was officially recognized and inducted into the UNESCO World Heritage List in July 2003. Upon arriving at the site, I was immediately struck by the general layout of the tomb, which is contains three sections: the Sacred Way, the Sakura garden, and the tomb pavilion.

The Sacred Way is a 1,800-meter long road that starts at the base of the pavilion. Along the way, there are twelve pairs of six different types of stone animals: lions, elephants, horses, camels, Chinese phoenixes, and Chinese unicorns. These were all hand-carved more than six hundred years ago and placed on the sides of the road in order to protect and guard the emperor and his wife’s spirits after their deaths. These stone animals are gigantic, and their beauty and solemnity are striking. In between these carved stone structures are ginkgo and maple trees. At the time of my visit, their green leaves had already turned orange, red, and yellow, and were falling to the ground, making for a beautiful scene. The Sacred Way is one of the most popular sites for picture-taking tourists as well as professional photographers who want to capture the beauty of Nanjing in autumn.

At the end of the Sacred Way is a broad road that leads to the pavilion. Along the this road were many gates that represent different layers of the spiritual world. There are also stone statues of generals and soldiers on the sides of the road to guard and salute the spirits of the emperor and his wife. These stone statues were also hand-carved more than six hundred years ago and stand 9 feet tall each. At the end of this road was a small pavilion that holds a stone tablet with the characters of “Zhi Long Tang Song,” which means “superior governance over both Tang and Song dynasties.” The tablet was made and erected in the 17th century by the famous Qing dynasty emperor Kangxi to commemorate the Ming emperor for the founding of the powerful Ming Dynasty as well as his relentless dedication and efforts to govern his empire in a way that brought prosperity and happiness to his people. The stone tablet was placed on top of a stone tortoise, an animal which is considered holy and a representative of longevity  in Chinese mythology, and thus was chosen to carry the tablet so that it could be seen and memorialized by future generations.

Past this pavilion of tablet and tortoise is the magnificently huge official tomb pavilion. Aside from the palaces at the Forbidden City in Beijing, I’ve never seen anything like it before. The pavilion was built on top of a wall that resembles the Great Wall of China, albeit on a much smaller scale. There are two gigantic ginkgo trees planted directly in front of the wall and the pavilion. By the look of these trees you know they are centuries old. I was in awe of the magnificence of this scene. Behind the pavilion is the actual burial site, where the emperor and his wife are buried underneath a small dirt mount.

Seeing the burial site definitely gave me a new perspective on things. In the grand scheme of time and space, nothing on this earth or in this life really lasts, and nothing is really eternal. No matter who you are or where you are from, you will one day encounter death. Think about this emperor who was buried under that pile of dirt. He had the entire Chinese empire in his hands when he was alive more than three centuries ago and yet, when he died, he couldn’t bring even one penny with him to his grave. So what’s truly important in life? I say love, truth, righteousness, and other intangible things that transcend over all other earthly and materialistic things; these are what truly last throughout generations upon generations. I guess it also really comes down to YOLO, because we human beings are not eternal. We should strive for things and virtues that are much greater than money and fame while we are here temporarily on this earth. We should strive to make a difference in improving our own and other people’s lives; we should strive to make positive impacts in enriching our own and other people’s lives. We are here, in the words of Steve Jobs, “to put a dent in the universe.” So friends, enjoy every moment of your life and try to make the lives of the people around you better as well, and be courageous in following your hearts and in pursuing those things that truly last. Most importantly, however, live a life that is filled with joy and happiness, because you only live once!