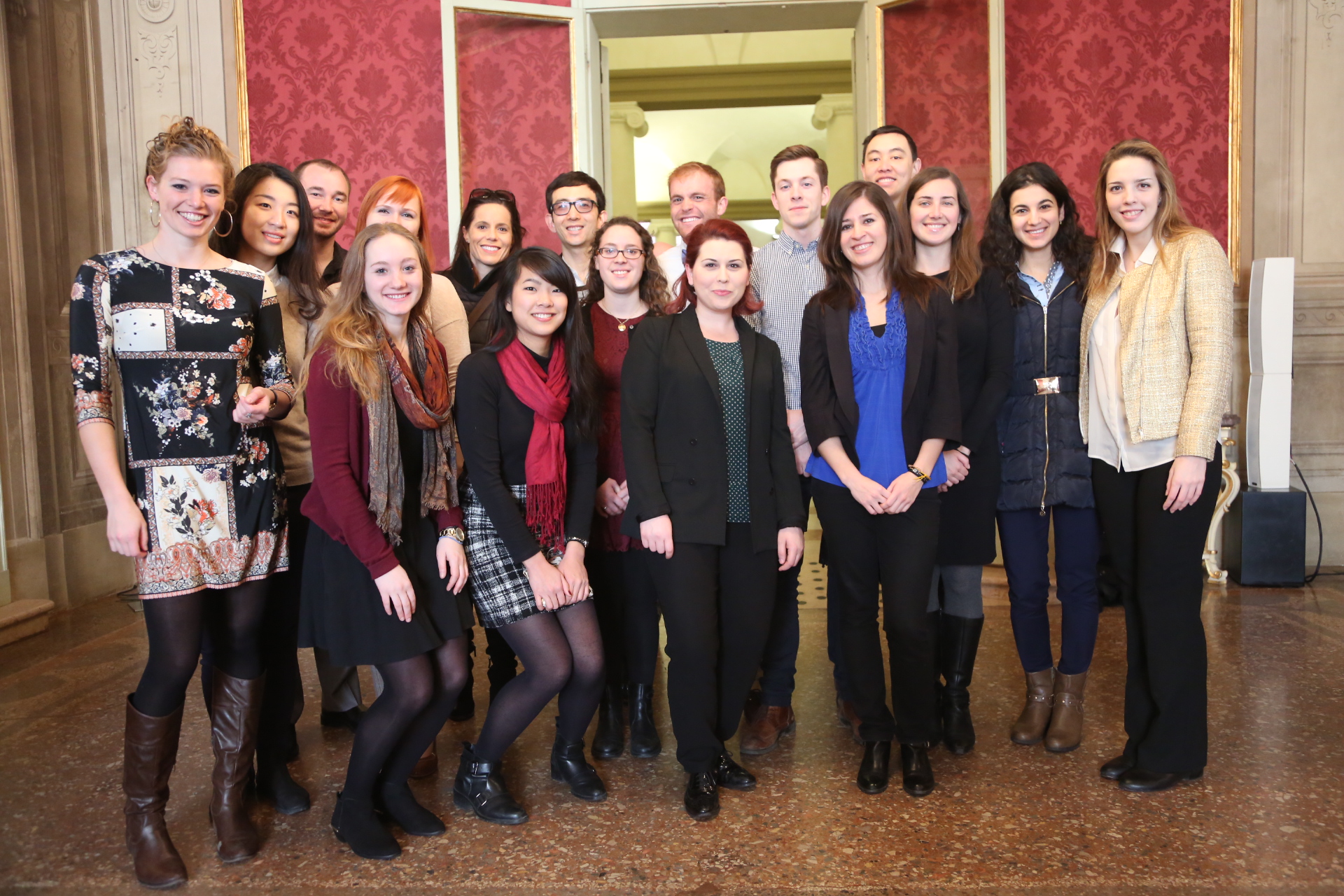 Knowles was recently contacted by Bologna City Council president Simona Lembi about Kennedy’s appearance and invited to bring a group of students. She said that SAIS Europe has long-standing ties with the city administration and is often invited to participate in ceremonies like this one.

The Council meeting started fashionably late in fine Italian fashion, and Kennedy’s speech met the standard of city council speeches everywhere. Some students were less than impressed with her speech, while others said they enjoyed it.

“It was pretty general,” Clay Kitchura, one of the attending students, said, “but overall it was interesting to hear.”

During her remarks, Kennedy, who said she first visited Bologna at the age of 14, talked about a range of human rights issues, liberally sprinkling in a variety of facts about women’s rights around the world. The speech was translated, but not simultaneously, so it felt a little broken up to some of the students, as it was stopped every few sentences for translation.

Both the Bologna mayor and city council president referred to the SAIS students several times in their remarks (though the Italian language remarks were not translated into English). Kennedy also requested to meet with the students afterwards, many of whom took advantage of the opportunity.

As a result of the strong student showing, Knowles said Frank LaRue, the head of RFK Europe (based in Florence) and a former UN Special Rapporteur on human rights, expressed interested in speaking at SAIS Europe in the future.

All in all, it was a successful day for SAIS Europe in Bologna.

Previous post From the U.K to Bologna: Anna Wilson Shares Her Unexpected Gain
Next post Airing Out the ISIL Debate
The SAIS Observer Staff