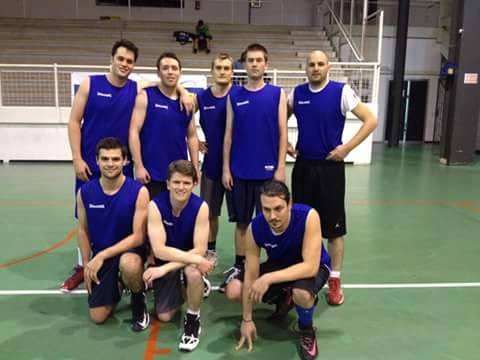 BOLOGNA — Take a few once-mediocre players, bench-riders, and one guy who attended Syracuse University during the Gerry McNamara years, and you have the SAIS Europe basketball team. Playing in the amateur Bologna University league, Centro Universitario Sportivo Bologna (CUSB), games against even average teams are extremely frustrating. “TAKE CARE OF THE F***ING BALL” is the team motto.  Creaky knees, disorganization, and poor chemistry rule the day.

Amazingly, the team ranks number 3 of 15 teams with eight wins and three losses. “Individual quality, size, and eagerness to win” explain it, according to Dorde Milosevic. “While some people are drinking wine on Via Belmeloro, others are working hard to represent the school.”

The team’s performance exemplifies the inevitable, natural progression that all mediocre athletes face. Beginning with the clumsiness and anarchy that is children’s competitive sports, onto the peak of high school and (for some) college athletics, and back down, to wheezing old men just happy to finish a game without requiring a knee replacement. While not yet there, the SAIS players are on their way.

The team is looking to finish the season strong. Despite its shortcomings, playing in the league has “been a good way to become close with other SAIS students and integrate into the Italian community,” says Will Thorne, a first-year student at SAIS Europe. With a game against first-place team Slam Drunk on Thursday, the SAIS players have a chance to move up in the standings and take one more step toward greatness.

Previous post Reflections from 1958: An Alumna Helps the Bologna Center for 60 Years