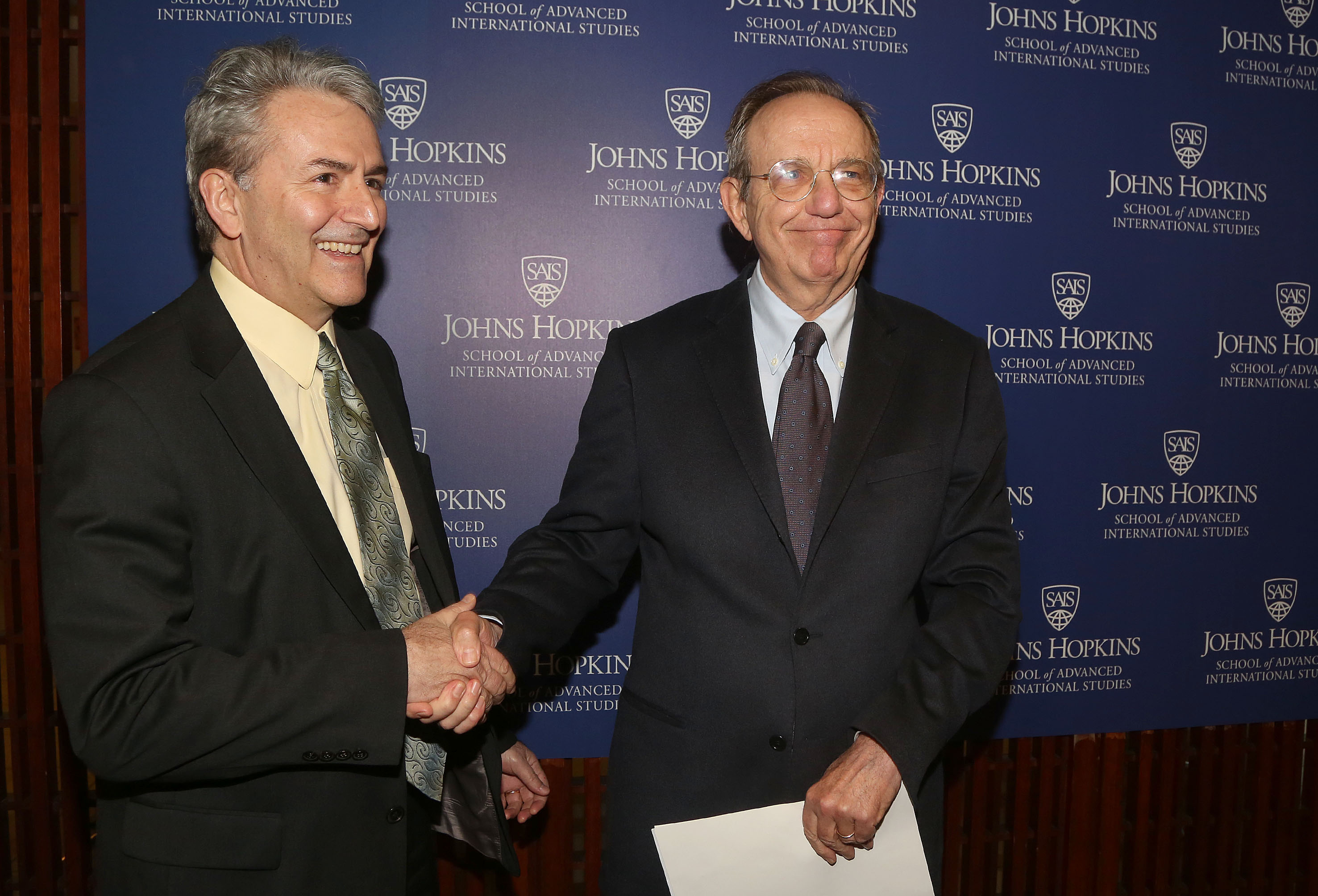 BOLOGNA — On Saturday, Feb. 21, SAIS Bologna celebrated its 60th anniversary with a special guest speaker: the Italian Minister of Finance and Economics, Pier Carlo Padoan. Padoan addressed the SAIS Europe class of 2015 with his thoughts on the economic future of Europe, particularly regarding risk-sharing among the member states and confidence-building across the continent. In the words of one SAIS student, the speech could have been titled, “Why Germany Should Not Invest in the Eurozone, Actually.”

There were quite a few Greek citizens in the audience concerned about Greece’s debt extension. When one Greek audience member asked Padoan what the terms would be for the bailout being discussed at that point, the finance minister responded with an honest “I don’t know.”

Luigi Valeri, who has worked as a teacher’s assistant for the Microeconomics and International Trade Theory courses, asked how institutions could be used where there is a lack of confidence. After all, he pointed out, the Democrats and Republicans in the U.S. have no confidence in one another but manage to coordinate their fiscal and monetary policies (though imperfectly, of course). Padoan took the opportunity to point out to Valeri, a fellow Italian, that the EU is composed of 28 member states, each with their own parliament and fiscal system. Obviously, confidence-building and risk-sharing is what is needed here.

Throughout the speech and subsequent question and answer session, members of the audience exchanged looks as each of their predictions about the minister’s responses were either confirmed or invalidated: there should have been a fifty-fifty shot at either, as a reasonable gambler would bet on either risk-sharing or confidence-building. Meanwhile, students pretended to have good posture as the many TV crews skulked the aisles of the auditorium searching for shots of attentive young learners breathlessly hanging on the words of their esteemed guest. Indeed, the event was extensively covered by the media, and SAIS students – and their books – were even featured on Italian television.

In the introduction to Padoan’s speech, Professor Vera Negri Zamagni walked through the proud history of SAIS Europe, highlighting some of its achievements and remembering some of its notable visitors, including the current Italian prime minister. The crowd favorite of the presentation was definitely a collection of black-and-white photos of students rocking the best of what 1950s and ‘60s fashion had to offer.

In all, it was a wonderful celebration, which, like any great philosophical discussion, raised more questions than answers. The main question being: “How does confidence-building translate into a regional economic policy?”

Next post The Long View on Myanmar’s Reforms
Ishani Srivastava