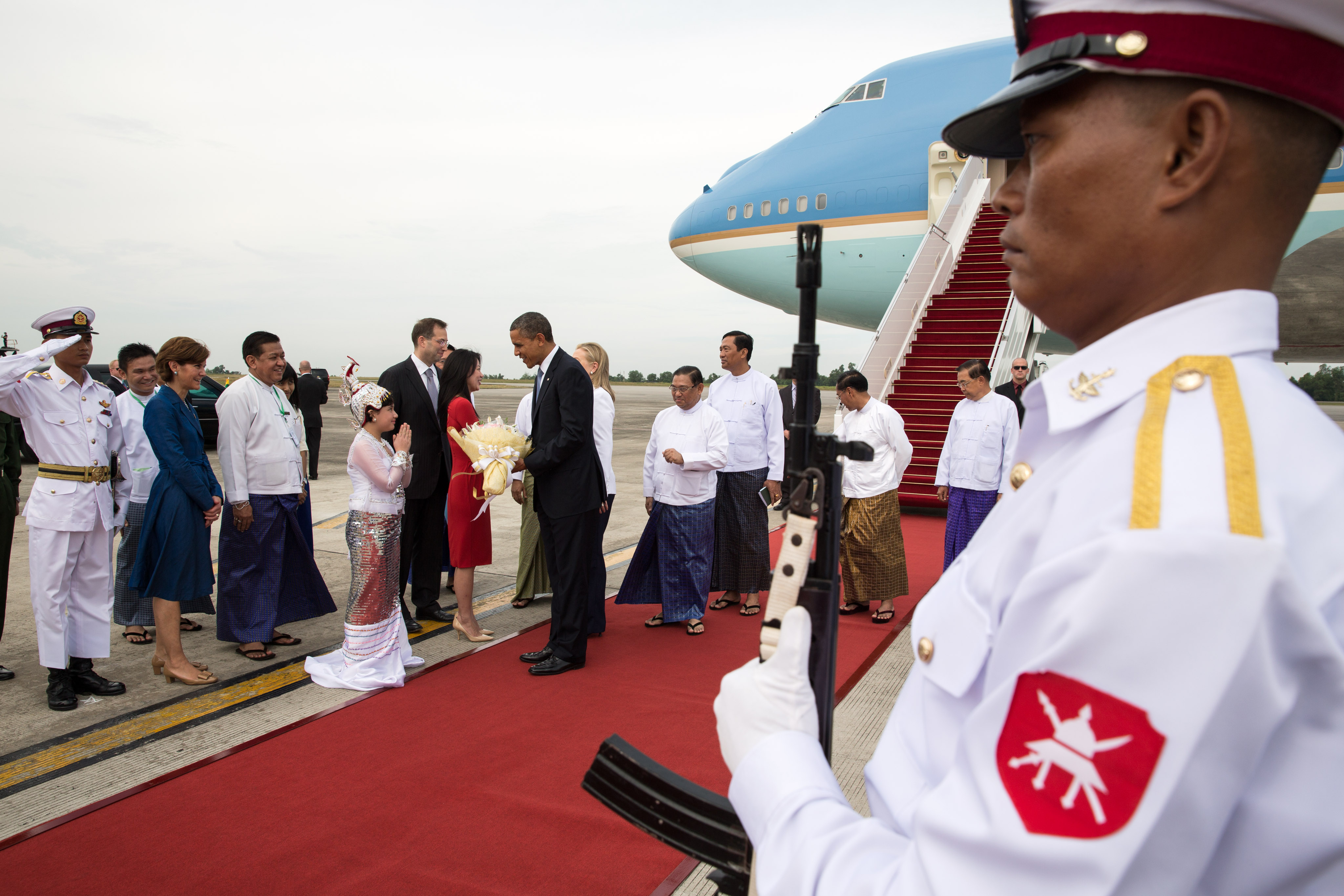 WASHINGTON — Myanmar’s opening to the world has been one of the most closely watched and most unexpected events in international relations in recent years. For decades, Myanmar had been among the most repressive and isolated countries in the world, with China as its only benefactor. Since 1988, the country has been on a virtual international blacklist due to its rampant human rights abuses and political repression. But following a tightly controlled election in 2010, the ruling military junta signaled a willingness to redirect the country towards becoming a more liberal and democratic state. In response, following the lead of the U.S., a number of developed countries have lifted economic sanctions on Myanmar, including Australia and the European Union. The U.S., however, has only suspended its most meaningful sanctions—an important distinction, since they can very easily be reinstated.

Greater access to international trade and investment has done wonders for Myanmar’s economy. Some argue that the U.S. and other Western countries have been premature in their policy responses and that the Burmese government has reaped enormous benefits while showing insufficient commitment to carrying out its stated reforms. But access to global markets and economic progress are precisely the tools that can provide the U.S. with leverage to enforce such commitment. Sometimes it is better to offer up a taste of carrot (with the ability to take it away) than to continue using the same old stick.

I had the chance to visit Myanmar in January of this year to see firsthand the effects of the country’s opening. I visited Yangon, the commercial capital, as a part of a SAIS study trip exploring Chinese and Indian investments and influence in the country. The pace of change in the city is visibly staggering. In a few short years, I was told, the streets of Yangon went from being devoid of motorized vehicles to being mired daily in a gridlock of car traffic—a phenomenon I unfortunately had to witness every day of my stay there. Investment from Japan, Singapore, Thailand, and other countries is pouring in to develop the country’s woeful infrastructure. The Myanmar Investment Commission is overwhelmed with paperwork, struggling to cope with the massive increase in demand for permits and licenses from foreign investors. The government’s commitment to economic reforms is unmistakably real, and economic progress is underway. But commitment to political reforms remains uncertain, and there has been virtually no progress on the human rights front.

The Burmese record on human rights is appalling. Since independence from British rule in 1948, the country has been embroiled in pervasive ethnic strife, with a multitude of separatist movements. Under that pretext, the military took control in 1962, but the country remains poorly integrated. Non-Burmese minorities are routinely persecuted, with the Bengali population known as Rohingyas—who have lived in modern Myanmar for many generations—perhaps being the most mistreated. Since the 1988 consolidation of the military’s power, the ruling junta has severely curtailed political expression and individual rights.

Critics have accused Obama of being naïve, allowing himself to be fooled by Myanmar’s military leaders. They argue that the Burmese government has not sufficiently upheld its promises to reform the political system and that the regime has demonstrated no signs of improved treatment of ethnic minorities, all while reaping the benefits from the reprieve from economic isolation. The same critics have called on the Obama administration to be more forceful in demanding changes in Myanmar. The truth is, however, that the U.S. is not in a position to effect such change in the immediate future. While Myanmar’s leaders and people alike may have greeted Obama and other American officials with great enthusiasm and fanfare, American influence on the country remains limited.

The U.S. has had little to no leverage in Myanmar over the last half century, particularly since cutting off ties and first implementing sanctions in 1988. After over twenty-five years of sanctions, the ruling elite in Myanmar has grown numb to American hostility and isolation from the larger international community. Re-imposing sanctions would merely represent a return to the 2010 status quo. This is not a daunting enough threat to significantly influence the regime’s behavior. Consequently, in order for the U.S. to put any meaningful pressure on Myanmar to improve its human rights record, the U.S. must first gain leverage.

The goal of U.S. policy thus should be to facilitate Myanmar’s integration with the world economy and to increase its dependence on trade with investment from the U.S. and other global economic powers. Economic sanctions are only an effective tool when regimes have something to lose. Much like U.S. policy towards Cuba, the impoverishment of Myanmar has done little to improve the lives of the Burmese people. The Obama administration’s cautiously positive response to the junta’s overtures is a welcome development, and it will put the U.S. in a better position to advocate on behalf of Myanmar’s voiceless.