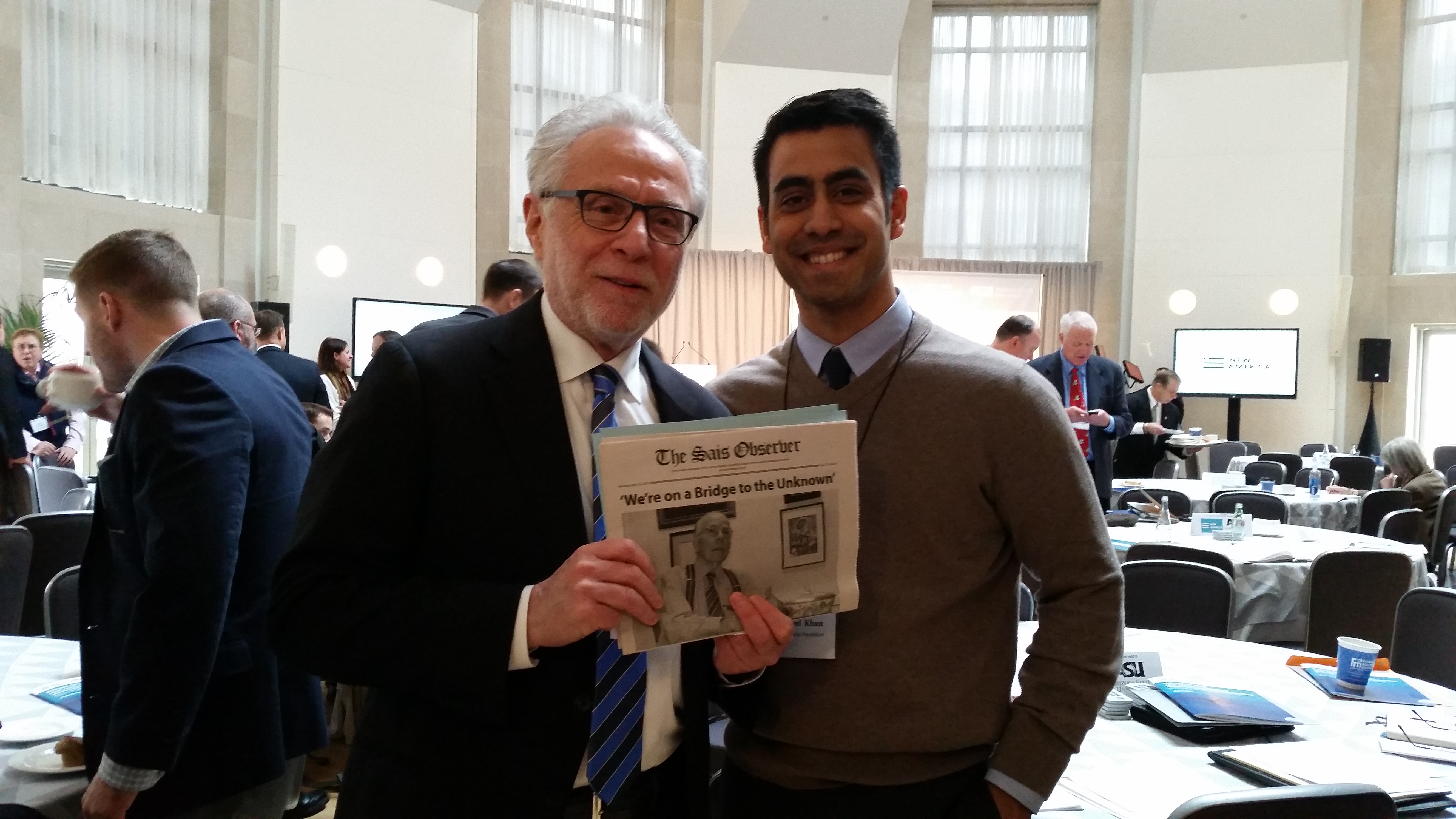 WASHINGTON — New America Foundation (NAF), a Washington, D.C.-based think tank, partnered with Arizona State University to inaugurate the “Future of War” conference on Feb. 24-25 at the Ronald Reagan Building, where a diverse group of experts convened “to discuss the profound social, political, economic, and cultural implications of the changing nature of war and conflict,” according to NAF’s website. Centered on the theme “How Is Warfare Changing?”, the panels explored various sub-themes including “How Are Emerging Technologies and Strategies Redefining the Practice of War?;” “Are We Living in a Forever War?;” and “Can We Better Understand How Warfare is Evolving by Reflecting on History?”

“When I talk about the Army of the future, I talk about three things,” said U.S. Chief of Army Staff General Raymond Odierno in response to CNN’s Wolf Blitzer, who kicked off Wednesday’s discussion with questions on the Islamic State of Iraq and Syria, Ukraine, North Korea, China, and cyber threats. “We have to be able to prevent, shape, and win [conflicts]… Because of the velocity of instability, as you said, is increasing.. we have to be able to respond quicker because the instability happens faster, and reaction has to be quicker,” Gen. Odierno said. “We have to be able to do simultaneous smaller operations around the world [and] be able to… move very quickly in order to provide a multi-cross domain capability to provide effects on the ground.”

While Odierno spoke about adapting, innovating, and training military leaders and capabilities for future conflicts, another panelist, Professor Steven Pinker of Harvard University, spoke about decline of violence and conflict in present times. “Despite the impression that one gets from the headlines, quantitative studies of violence have gone down over the course of history over multiple scales of time and magnitude,” Pinker said. Describing findings from his book, The Better Angels of Our Nature, Pinker said this is true of homicide, the treatment of children, tribal raiding and feuding, and wars.

“If you look at the most destructive category of war, and that is war between two countries, especially two big rich powerful countries, there has been quite a dramatic decline.. There has been no war between any two great powers since end of the Korean War in 1953. And interstate wars, government against government, have been going down.”

Other academics, authors, and policymakers weighed in during the two-day event with backgrounds as diverse as the panel themes themselves — including Dr. Anne-Marie Slaughter, president of NAF; Dr. Michael Crow, president of Arizona State University; Phil Zabriskie, author of The Kill Switch; Sir Lawrence Freedman, author and professor at King’s College; Dr. Peter Singer, security strategist and author; Emma Sky, former U.S. advisor in Iraq; Shamila Chaudhary, former NSC director for Pakistan; and former mayor of Tal Afar, Iraq; among others. U.S. Senator John McCain concluded the conference with thoughts on how the U.S. Congress will shape the military of the future.

More information and recorded videos of the panels can be found at newamerica.org.