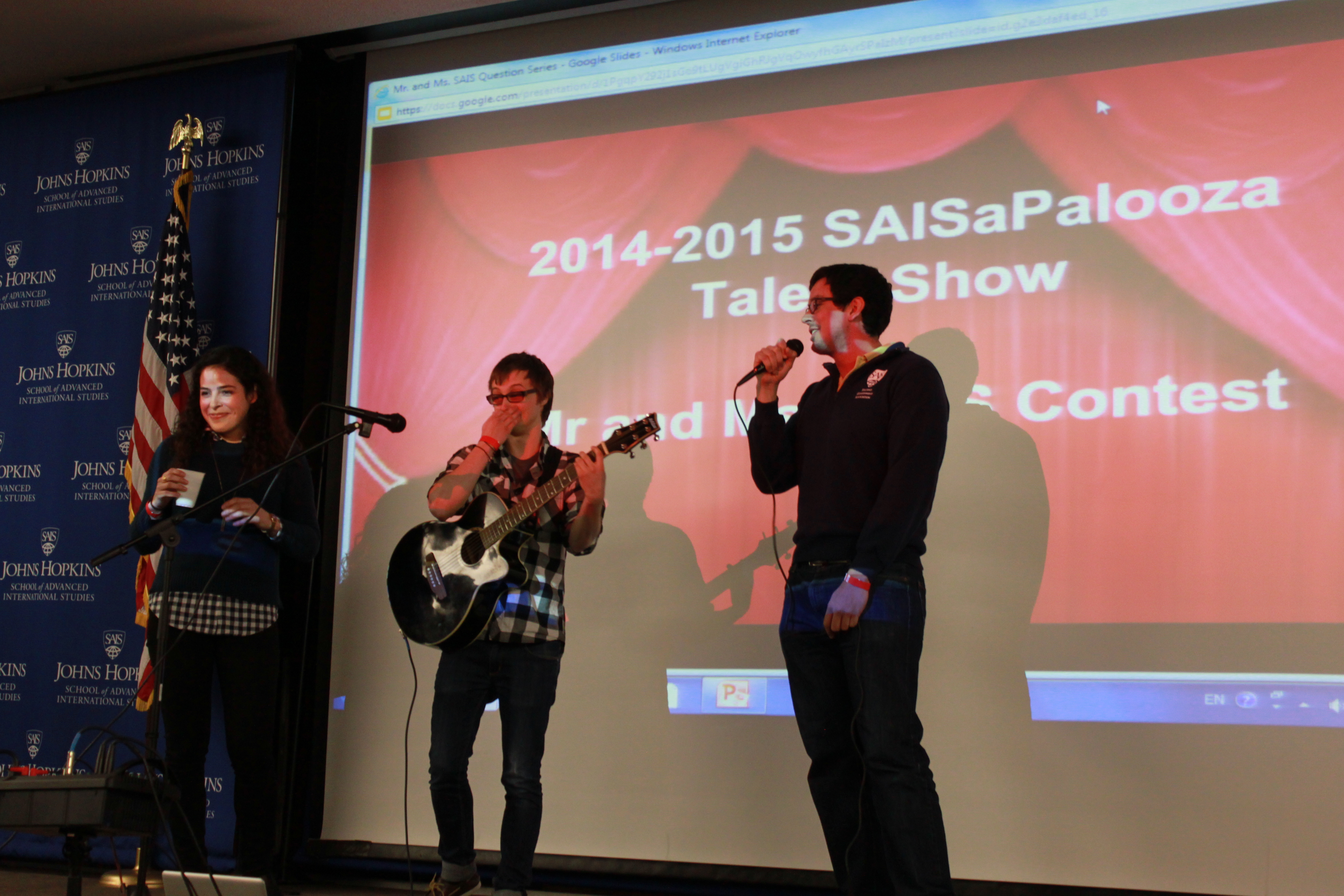 The battle for the titles of Mr. and Ms. SAIS posed questions to the six contestants on pop culture, grammar, economic theory, and geography, querying the would-be crown-holders on their views of the Oxford/serial comma, which international trade theorem they would be (and why), asked them to identify Justin Bieber, and tried to settle the hotly contested social media debate around “what color is this dress?” Popularly chosen (by level of audience applause), this year’s winners are Oleg Shakirov, a second-year Strategic Studies student, and Sirtaj Kaur, a second-year International Law student.