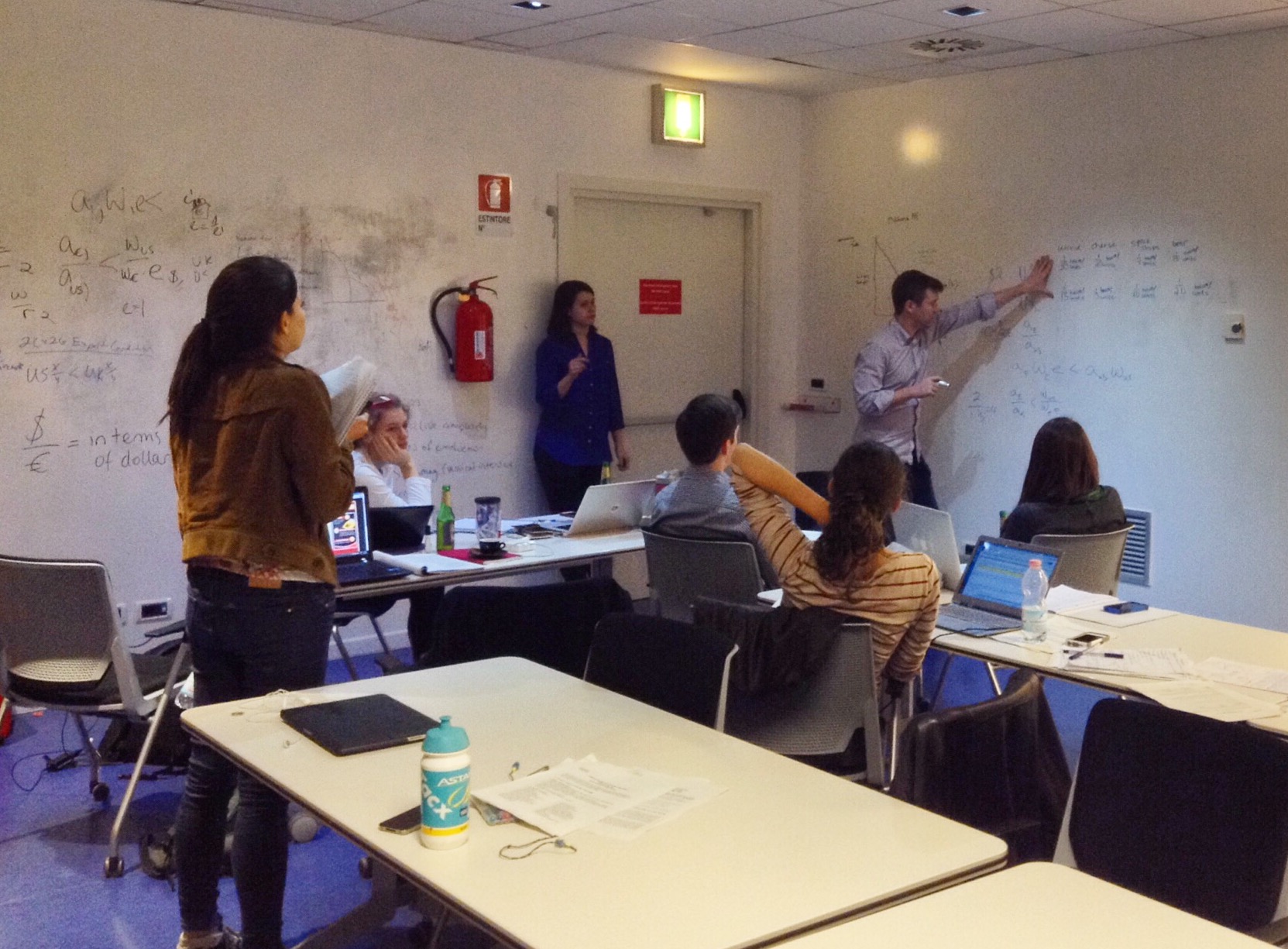 BOLOGNA — March Madness doesn’t refer only to the upcoming NCAA basketball tournament. As SAIS Europe students can attest, it also aptly describes the growing stress levels sweeping the student body during Spring semester midterms. It stems not only from exam pressure, but also from the realization that the sweet, sweet freedom of summer is just around the corner. Or, more realistically, the need to nail down that dream summer internship.

“With a lot of people, it’s a tension between trying to maintain their work level, keep up with their studies and midterms while simultaneously trying to plan for the summer,” said Stephanie Billingham, a first-year student at SAIS Europe. “It’s feeling like we need to take care of now, but also have something in place for the summer and even planning for Washington next year.”

It also means that SAIS Europe students’ time in Bologna is quickly coming to a close. For some, it is a bittersweet realization that their days of espresso, porticos, and reliably inconsistent public transportation are almost at an end, while others cannot wait to get back to the land of supersized value meals, uncomfortable humidity levels, and SUVs.

Anthony Gonzalez feels a bit of both. “I’m going to miss it, but I can’t wait to get back,” he said. “Bologna’s one of those places where a lot of students are like, ‘Oh, I’ve already seen everything, already done everything’, but once you get back you’re definitely gonna miss the porticos and the beautiful churches and the hills, but it’s normal to want to go home, too.”

Though midterms and spring break still loom larger than the end of the school year, students still have a hard time comprehending the speed at which the year has flown by.

“After January, it’s just been a blur, to the point where I can’t believe it’s two months left,” Gonzalez said. “I feel like that’s just insane to think about.”

“Time is going by three times as fast as it did last semester,” Billingham said. “I cannot believe it’s March already. With exams on the other side of the Christmas break, we’ve just been going, going, going, and now, in the spring, every week goes so quickly.”

The impending end of this Italian adventure has left many wishing they had been more proactive earlier in the year about getting out and seeing more of their host country.

“Sometimes it’s hard to balance, to keep on top academically but to also take advantage of these places being so close while we’re here,” Billingham said. “I’m definitely feeling the pinch of that time ending and trying to cram as many things in as possible in the last few weeks. Almost every weekend in April I’m not in Bologna. I’m definitely feeling the need to attend more strongly to the more experiential side of my education right now. Feeling time come to a close there’s a greater pressure to go while we still can.”

Gonzalez came into the year with a plan that he has been able to stick to fairly closely. “I will have traveled, based on what I’ve booked so far, to 25 countries this year since moving to Bologna. Which is a lot,” he said, laughing.

Unsurprisingly, Billingham and Gonzalez are among the many students have plans to squeeze in a few last trips before the end of the year, including Malta, Ireland, Norway, Switzerland, and the Amalfi coast. A large group of about 27 students is going to Rome for Easter, and through the efforts of one student were able to secure tickets for everyone to attend the Papal mass.

“We’ve been making sure to try to engage in travel during festivals and special events going on in countries, like going to the Vatican for Easter,” Billingham said.

With only a few short weeks left once midterms are over, the pressure is on to make the most of them. Expect SAIS to rise to the challenge.