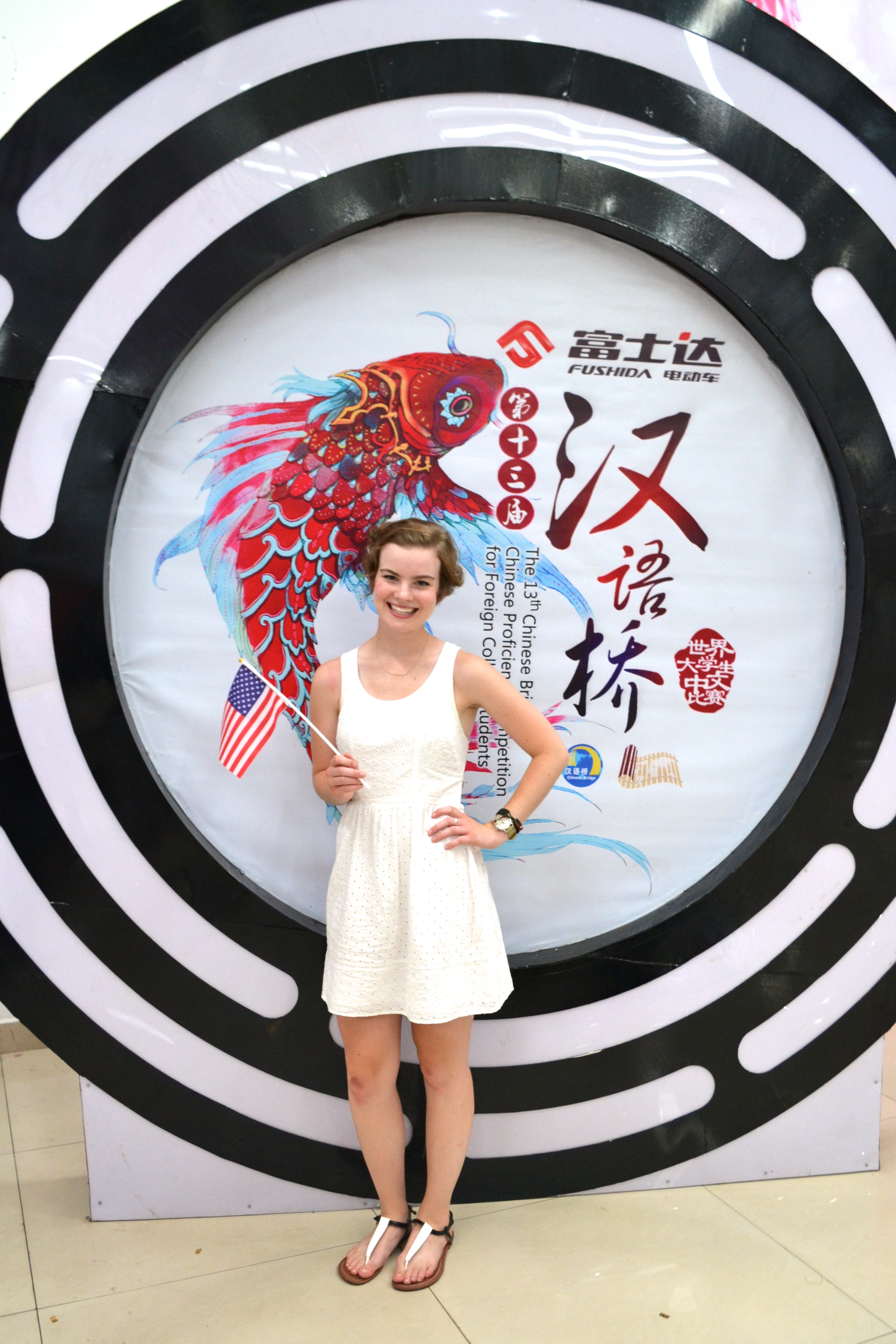 NANJING — Survey shows that for international students at the Hopkins-Nanjing Center, learning Mandarin has been a challenging yet rewarding journey of self-discovery and personal growth – and one of the most life-changing decisions they have ever made.

While recent years have seen an increase in Sino-American educational partnerships, the Hopkins-Nanjing Center (HNC) was the first, a pioneering leader in the late 1980s. After nearly three decades, the HNC’s legacy as a benchmark of East-West academic cooperation is highlighted by the bilingual proficiency of not only its Chinese students in English, but also of the Mandarin ability of its international students.

No other Chinese- and American-accredited institution offers graduate level courses in politics, law and economics in both Mandarin and English. As diverse as it is, the HNC’s international student body was drawn to the Center for this distinction because of their shared commitment to mastering Mandarin at an academic and professional level.

Though China’s rise has dramatically increased demand for Chinese-language instruction in the West, few students pursue fluency in Mandarin to this high of a level other than for translation purposes, making HNC international scholars an ambitious group within the larger body of courageous Mandarin learners. Among the world’s languages, Mandarin, along with Arabic, Russian, and Japanese, is notorious for its high difficulty level for native English speakers.

So why Mandarin? I took a survey of 62 percent of the HNC international student population to find out students’ history and experiences with the Chinese language.

Although Chinese is often used as a résumé booster, 51 percent of the sample selected “cultural interest” as the primary reason they decided to learn Chinese, leading “job opportunities” – the second place choice – by 17 percent.

The time that students have dedicated to proficiency in Mandarin is also impressive, with 91 percent of students having studied at least 3 years with some time spent in China and/or Taiwan to achieve the proficiency to take graduate level classes in Chinese. Within this majority, 14 percent have studied for more than 7 years, though this includes heritage speakers and older students with work experience. However, the 9 percent of students with less than 3 years of study or no prior study abroad experience must also be recognized for their ability to keep up in such advanced courses.

Confidence in language ability appears skewed toward oral communication, as 66 percent selected either listening or speaking as the linguistic skill they believe to be most developed in Chinese. However, 34 percent were most confident in their reading ability, second to listening at 47 percent, proving students to be more confident in their comprehension of Mandarin than in their ability to communicate themselves through writing (0 percent) or speech (19 percent).

No majority, however, agreed on the single most challenging aspect of learning Chinese, though characters and tones, as the most distinguishing features of the language, together garnered 58 percent of the vote. Surprisingly, grammar and pronunciation, usually the bane of beginning language learners, are challenging to a smaller proportion of the HNC’s international students, with only 17 percent selecting either one.

Despite these challenges, however, international students remain hopeful, deeming the lifelong process of learning Chinese a rewarding decision and an eye-opening voyage of self-discovery. With 41 percent citing “personal fulfillment” and a separate 26 percent selecting a deeper “understanding of Chinese culture” as the most rewarding aspects of Chinese study, HNC students are learning Mandarin to better understand China and, by contrast, their own culture.

Before beginning class at the HNC, first-year MAIS student Emily Shea participated in the final ceremony of the Chinese Bridge Language Competition in Changsha, Hunan province, where she met 100 Chinese-language students from 80 countries. After reflecting on their time together, Emily is thankful for the “once-in-a-lifetime opportunity to make friends from across the world [and other] international experiences that studying Chinese will open the door to in the future.”

Five-semester student Kenton Thibaut came to the HNC after two years in Taiwan, the first year teaching English on a Fulbright followed by a year of intensive Mandarin study at the prestigious International Chinese Language Program of National Taiwan University. Like several other HNC students, Thibaut is studying Chinese to pursue a career in developing U.S. foreign policy toward China and believes knowing the language is essential. “Being able to view China through the prism of its language has revealed so much more to me,” says Thibaut, “than accessing it through English ever could.”

Certificate student and University of Michigan MA candidate Bret Hine chose to study Chinese on a whim and first arrived in China without knowing a word, never realizing how much it would change his life. After rapidly absorbing Mandarin and getting plugged into the local community, Hine decided to move back to China after graduation. Having lived in China for five years now, Hine feels like a local. “Attaining fluency in Mandarin has allowed China to become a second home for me,” Hine said. “Speaking Chinese has given me insight into not only the Chinese culture, but into the opinions of people from many different walks of life and is responsible for a lot of my personal growth in my post-college life.”

By and large, HNC international students’ experiences learning Chinese have shown them that, as Emperor Charlemagne once said, “to have another language is to possess a second soul.”

Previous post Roku and Mitch Get Their Cappuccino On!