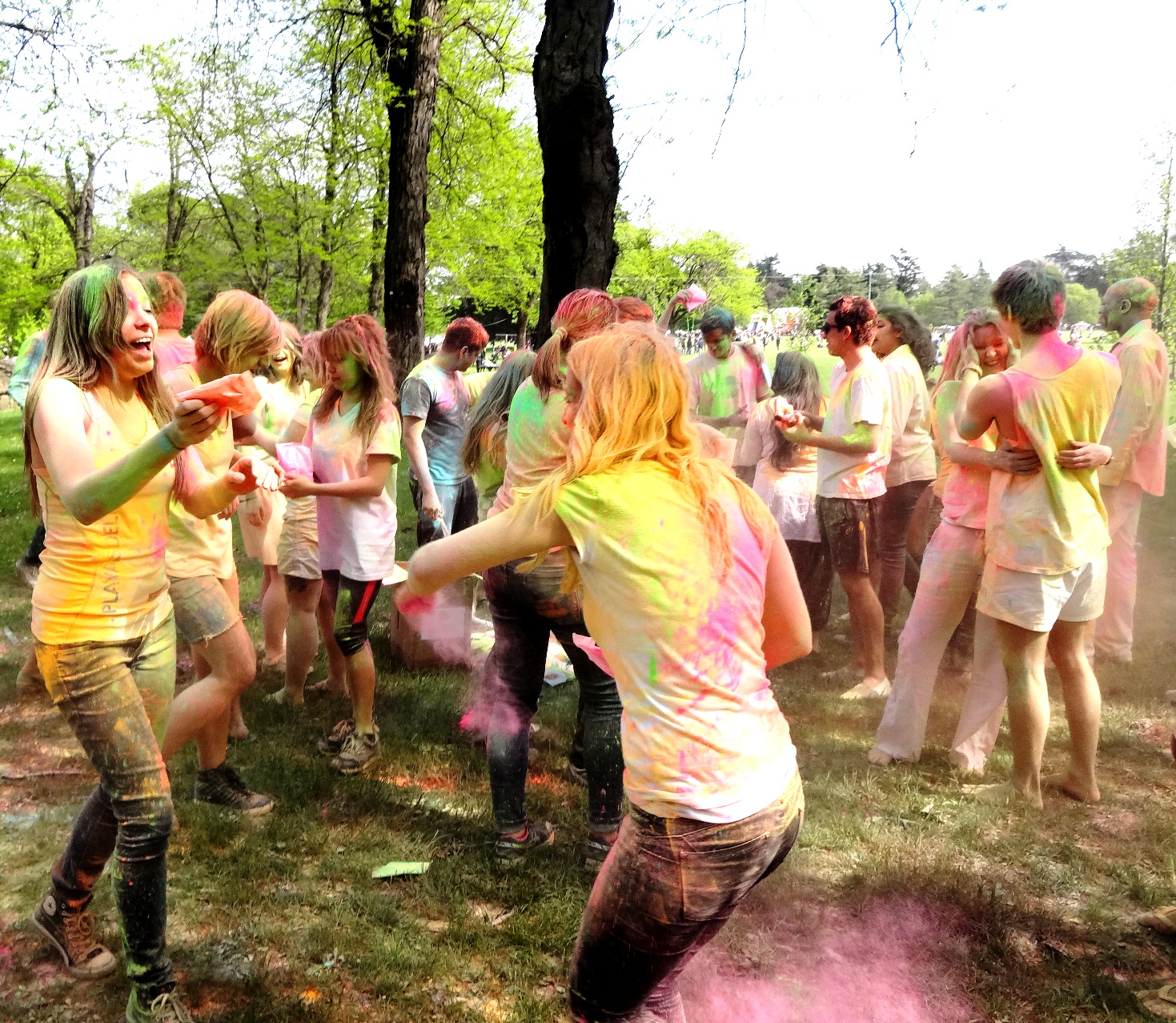 Bologna — Jonathan Safran Foer once wrote, “sometimes I can feel my bones straining under the weight of all the lives I’m not living.” I know a few people who can relate to this sentiment. Students at SAIS Europe are trying to make the most of their remaining weeks of living in Bologna, keeping one eye on finals coming up and juggling job/internship applications. Summer plans, second year funding concerns, D.C. rent (oh D.C. rent!) — there is a lot on everyone’s minds. And to this effect, the South Asia Club came up with a brilliant way to live a little bit of the lives we want to. On a sunny April afternoon, SAISers celebrated the belated Holi.

Holi is an ancient Hindu festival marking the beginning of spring. It signifies the victory of good over evil and is typically celebrated in late February or early March (the actual date depends upon the Hindu calendar). But since we are much farther from the equator than India, the South Asia Club thought it might be a good idea to wait for a couple of months.

There was music, there was dancing; there was color, and there was laughter. SAISers who made their way to Giardini Margherita this Sunday afternoon enjoyed the colorful festivities under a brilliant, clear Bologna sky. As students bathed their friends in color, many bystanders took pictures with amazement. SAIS heartthrob and South Asia Club’s Nikhil Gupta kept reminding students to take occasional breaks so the colorful fog created every few minutes would settle down. The organizers made sure that there was plenty of colored powder and after almost an hour-long celebration, the SAIS Holi had something of an after-party.

The Holi was relocated to right outside the campus. The dancing continued, the colors kept rising, and this time the South Asia Club treated the participants to the traditional drink of lassi. Students even wrote out messages to their loved ones using powder. The Bolognese passing by displayed a mix of fear (some of us looked like really colorful and cheerful ghosts), amazement, and laughs. But like many good things in life, the celebration had to be cut short. for the Italian police showed up complaining that we creating too much of a mess. But they obviously do not know us very well, for the SAIS students had always intended to clean it up. The only thing that changed was that now, the students had to do it immediately. Many remarked that by the time we were done, the street was cleaner than before we had begun our event.

Nonetheless, it turned out to be a fantastic day of celebrations for SAIS students here in Bologna. Every now and then we take a break from all the responsibilities we are juggling here, and when we do, we know how to make them count.

Previous post Roku and Mitch Get Their Birra On! Bologna’s Bar Scene for the Urban Millennial