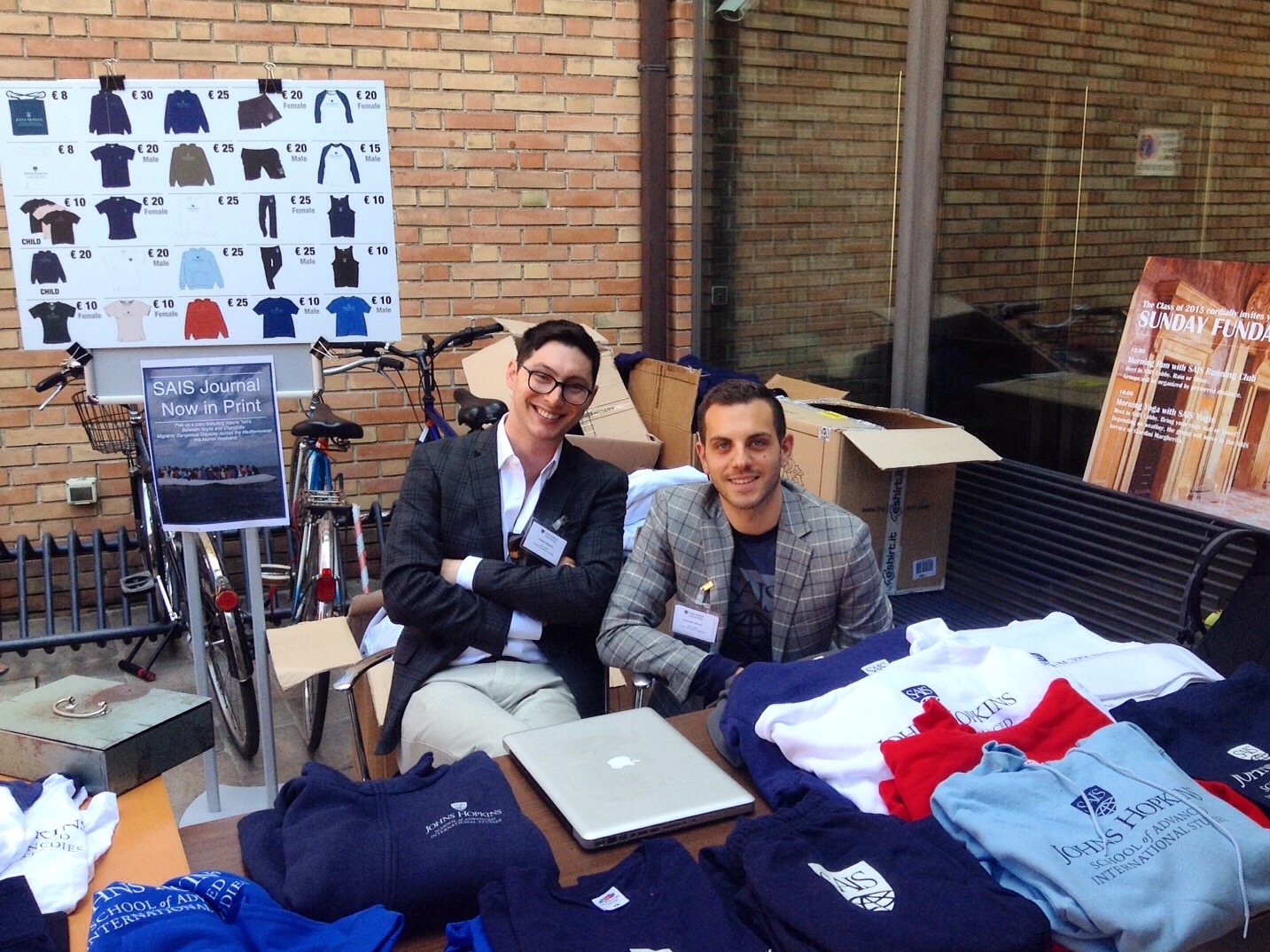 BOLOGNA – Even though there are a few things left to do for the 2014-15 SAIS Europe SGA, the bulk of its work has already been done. As the five members look back at the year and what they have managed to accomplish, the general sense is one of pride.

One challenge any Bologna SGA has to face is the fact that, with a brand new student body every year, there’s always a learning curve both among SGA members but also between the SGA and the administration. This year’s SGA also was working with administrators who, while not new to SAIS, were new to their new positions.

“It was a year of transition for the campus in many different ways – in our brand name, being SAIS Europe, in the leadership, having a new director, having new leadership in admissions and student affairs – there were a lot of possibilities to talk about what the school has done and where the school is going,” Derek Brooks said.

Despite the challenges, SGA members feel they were able to accomplish quite a bit. “We really have rebuilt the SGA infrastructure from the ground up,” SGA President Andrew Caruso said. “Everything from how we manage our finances to how we interact with the administration, some of the fundamental priorities for the SGA. In doing that, I think we’ve set next year’s SGA up for continued success to build on some of the things we’ve created this year.”

The SGA’s finances are in good shape, Max Beck said, because of the surprising success of the SAIS-wear revamp. “We raised a lot more money [from SAISwear] than last year’s SGA, which was a big factor as to why we now have good finances to not only finance the conference fund we set up but also the innovation fund we set up,” he said.

The innovation and conference participation funds are two of the developments of which the SGA members are most proud. The innovation fund was designed to let students focus their money in places they wanted it. The process for applying was fully transparent and allowed for anyone, whether part of a club or not, to access more than 1,000 euros of student money. It helped, among other things, the Defense and Security Club pay to bring a speaker to Bologna, to fund a student-led development trip to Albania, and to fund the celebration of the Indian Holi festival.

“It gave students a better ability at financing larger projects than their clubs might be able to finance,” Beck said, “and at the same time allowed students that aren’t in clubs or do not want to work through clubs, or just had an individual project, to apply for money, too.”

The conference participation fund was also new, providing help to students wanting to attend regional conferences and workshops. About five students or student groups took advantage of the 500 euros in the fund, including a team participating in the European Cyber Competition in Geneva last week. This creation of this fund was one of the most rewarding aspects of the year for Joana Allamani.

“[It] fills a gap and supports our colleagues to go to conferences where they can represent our university and especially our campus well,” she said.

While the SGA is very happy with the way the year went, there are naturally some things they wish they had done better. For Caruso, the steep learning curve at the beginning of the year precluded the ability for strategic planning.

“Our SGA was very focused in providing in-the-moment support to the school – things would come up or we’d collectively learn something new for the first time and react to it,” he said. “I think in the future there will be greater capacity, now that we’ve organized things better, to be more proactive, to think more strategically about the future. Frankly, I think there would be great value for the administration to seek out SGA as a more strategic partner in terms of identifying what the future looks like for SAIS.”

Students will have a chance to give feedback to both the SGA and the administration via an end-of-year survey that will be coming out soon.

The time commitment took a lot of adjustment, too. At press time, all five members – Allamani, Beck, Brooks, Caruso, and Irene Forzoni – were extremely busy supporting Alumni Weekend events. “Because we put in a lot of extra time, it sometimes made you feel like you might be slacking in terms of the academic or other experiences at SAIS,” Beck said. “I feel that I have done my year and I’ve done my best during that year, but that I couldn’t do this again for the second year simply because of the time that’s consumed.”

SGA closes its financial books this week, marking the end of new student events, but there are still ongoing projects related to the transition of this year’s Bologna class to D.C. as well as prepping things for next year’s SAIS Europe class.