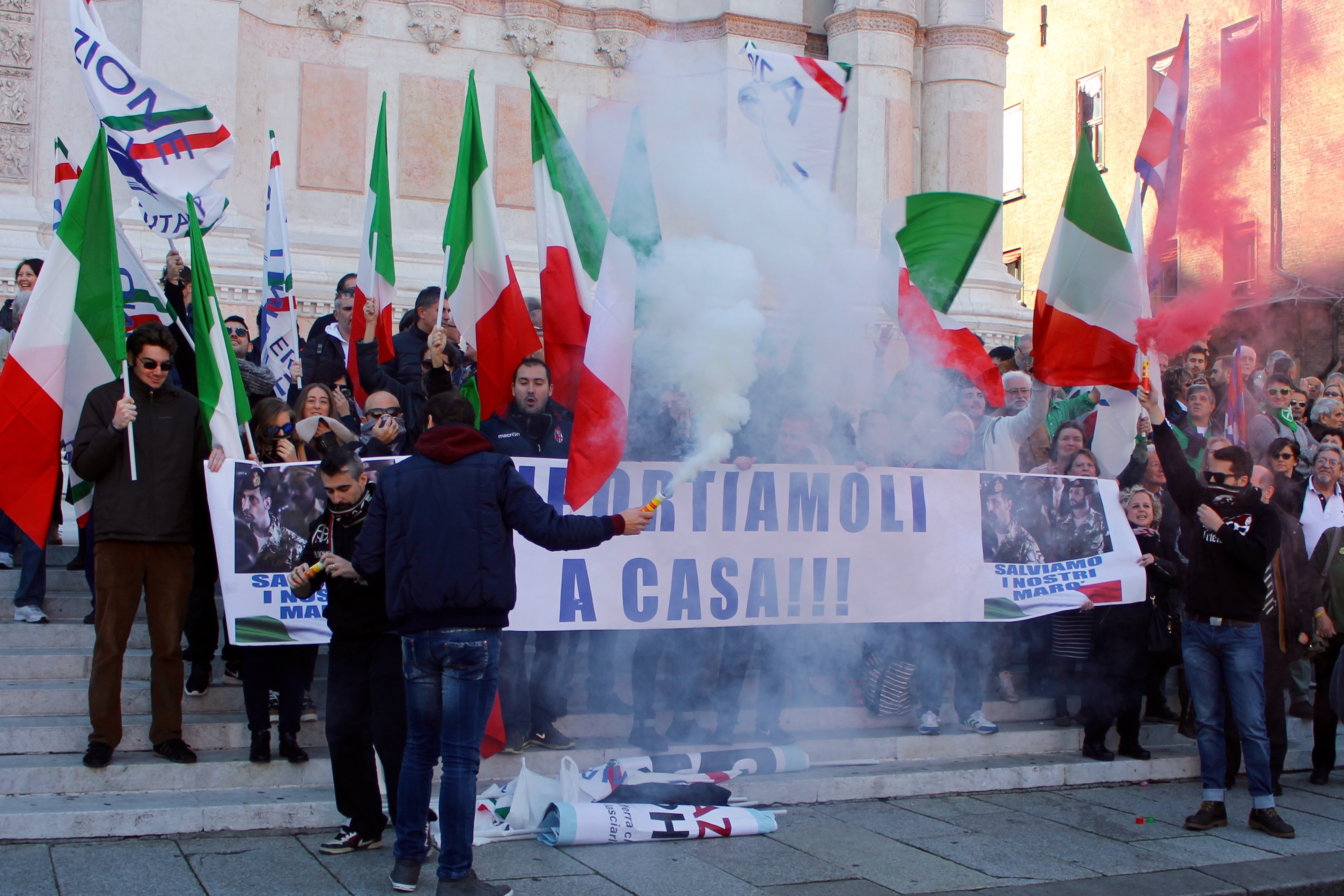 For a smaller Italian city, Bologna is never short of stirring international events, especially as home to the oldest university in the world. From hosting popular concerts to delicious food festivals, this past weekend was no exception to the city’s usual excitement. On Sunday, Nov. 8, various right of center political parties gathered in Piazza Maggiore, the town’s largest square to rally against the center-left Prime Minister of Italy, Matteo Renzi.

The Northern League party, led by Matteo Salvini, organized the rally in order to unite divided right of center parties in hopes of ousting the current Democratic Party in the upcoming elections. Thousands marched through the streets and met at the main city square with flags representing the Northern League, Forza Italia, and the Brothers of Italy parties.

After keeping a relatively low profile on the international stage following his conviction of tax evasion, former Italian Prime Minister Silvio Berlusconi attended the rally to show support. During his speech, he vehemently said, “It’s a crucial day for the future of all of us and Italy… We can look to the future with optimism knowing that we are fighting together. With this newfound unity, we will win the next election. [E’una giornata fondamentale per il futuro di tutti noi e dell’Italia… Ci consente di guardare al futuro con ottimismo, consapevoli che combattendo insieme. Con questa ritrovata unità, vinceremo le prossime elezioni.]” Participants at the rally advocated for liberation from leftist rule and chanted phrases on megaphones including, “Go home Renzi! Free Italy! [Vai a casa Renzi! Libero Italia!]”

Salvini advocated some controversial goals as a part of his campaign platform, including harsher taxes on immigrants, forbidding multinationals from buying Italian firms and exiting the euro. He expressed a strong stance in forbidding refugees from entering Italy, even in the midst of the current migrant crisis.

In a city bustling with young students from various cultural backgrounds and a liberal-arts education, it was no surprise that these sentiments were met with anger. Left-wing protesters damaged the train cables along the Milan-to-Bologna route the night before, marking their work with anti-racist graffiti. The damage done to and around the train station delayed a group of SAISers heading to San Marino Sunday morning.

Hundreds of demonstrators later arrived in the main square to protest Salvini’s seemingly racist views. Riot police stood ready at the exterior of the square as violence broke out and charging left-wing protesters were quickly subdued with batons. At the end of the day, the University of Bologna campus was left covered with anti-racist, anti-fascist and anti-Salvini graffiti. The Tuesday prior to the demonstrations, the SAIS Europe administration announced to students via email the potential dangers that the protest would bring to Bologna.

According to opinion polls, the Northern League stands in third place, preceded by the Democratic Party led by Renzi and the Anti-Establishment 5-Star Movement led by Beppe Grillo. Parliamentary elections are to be held in 2018, but it is speculated that it may arrive at a sooner date as a result of a non-confidence vote against Renzi’s coalition.