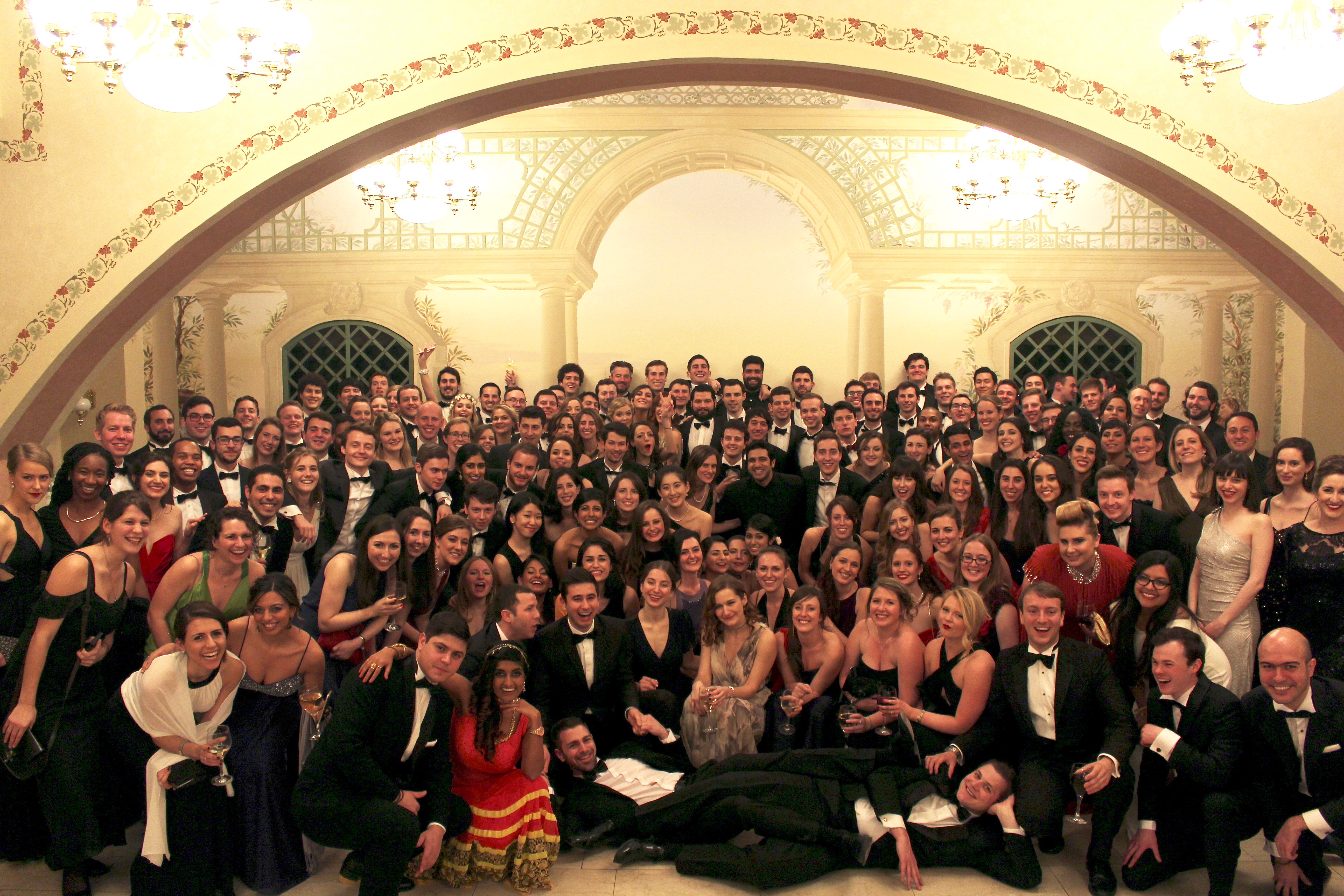 Saturday, Feb. 13th marked the eve of Valentine’s Day but also marked the annual SAIS Europe Vienna Ball. So the myth goes, it’s typical for students to “marry off” and find love at the ball. Whether that happened this year will stay in Vienna, but the professors were eager to hear about the weekend’s events Monday morning after the attendees returned to campus. SAIS students dressed to the nines in ball gowns and tuxedos for the event.

It is an annual tradition for Europe campus students to attend the International Atomic Energy Association Ball held each year at the Hofburg Palace in Vienna, but SAISers haven’t always trekked to Austria for the annual ball. Only in the past decade have SAIS Europe students regularly attended the IAEA event. Prior to 2006, SAIS’s annual ball had traditionally been held in a villa in the outskirts of Bologna. As the SAIS Europe class grew in size, planning a ball in Bologna proved difficult as finding a venue large enough to host the growing class proved increasingly limiting. An Austrian student back in 2006 came up with the idea of moving the ball to Vienna, a city known for its waltz.

The earliest of the ball traditions was limited to the royal family and guests, but Emperor Joseph II of the Holy Roman Empire made the traditional royal balls public for the common man – thus beginning the rich tradition of Viennese balls at the Hofburg Palace in 1773. The typical ball calendar begins around November and ends in late February. “There’s a ball season, but it’s in our carnival season. All the composers of waltz and the Strauss family are from Austria. The entire notion of the ball and the waltz comes from Austria and that is why we’re still the capital of balls – because of where it comes from,” remarked SAIS student Mira Uebleis. When asked about how prevalent the waltz dance still is today, Uebleis said, “It’s an Austrian tradition that at midnight on New Year’s Eve, we grab someone and waltz. The radio plays the Viennese waltz and everyone dances.”

It is typical that every year the task of helping organize the annual ball is delegated to SAIS’s Austrian students.. Uebleis (Austrian) along with Lucas Perterer (Austrian) and Max Stadler were lead organizers for this year’s ball. They were responsible for contacting the ball organizers, purchasing tickets for the 175 SAIS students and faculty, coordinating transportation, and organizing a pre-ball speech at City Hall. On top of their prescribed responsibilities, the organizers also hosted extra events for attendees. Uebleis led the waltz dance tutorial; Perterer provided an endless list of sights to see in Vienna; and Stadler co-organized a one-day Energy, Resources, and Environment concentration career trek that took place the day before the ball.

While much of the event was traditionally Austrian, the IAEA selects a different theme for each ball. 2016’s theme, reminiscent of Japanese culture, was evident from the opening ceremony until the closing. The ball opened with the traditional Vienna pipes and drums, the UN flag ceremony, and welcome address and quickly transitioned into a modern Japanese Taiko performance. Attendees were free to wander from room to room. Each corridor had its own theme ranging from silent disco to salsa.

When asked to summarize the Vienna ball experience, Stadler said, “I think it’s a great tradition that needs to be continued in the coming years. It brings us all together and it all gives us a common memory that we will share in the years to come. If we meet in 5 or 10 years for our reunions, we will all say, ‘Do you remember that magical night in Vienna?’ That is something that nobody can take from us. That is special and we should continue that for all future classes.”

Next post SAIS Europe is Ready for Hillary
Zoe Guo