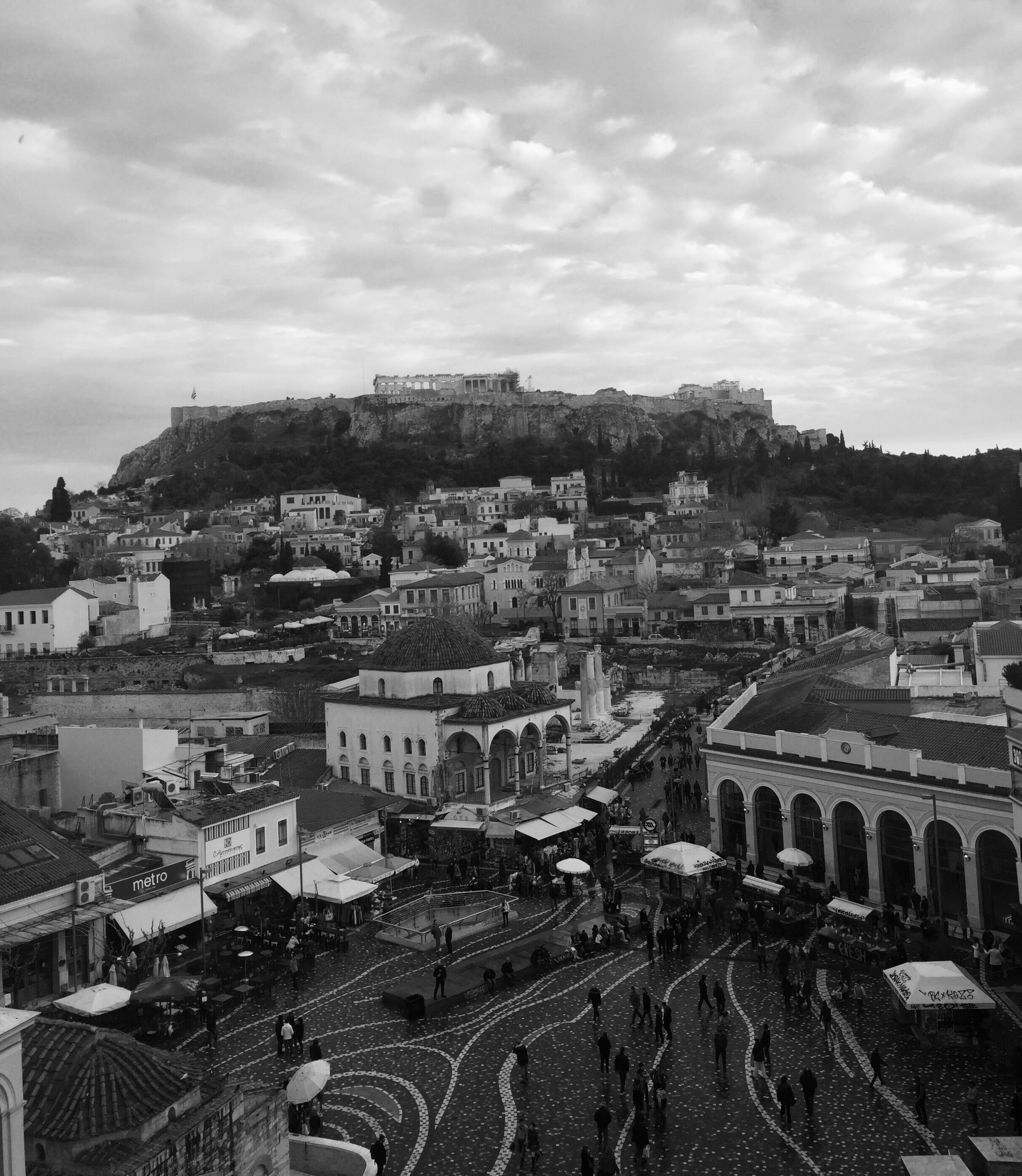 A city that combines ancient ruins with modern architecture, Athens is the perfect place to visit before finishing your studies at SAIS Europe. Ideally, a perfect destination for Spring break.

But, what makes Athens so special? The people? The sun? The nightlife or the history? Embark with me on this brief journey and let me take you around Athens.

The first thing you will notice while in Athens is that Greeks know how to make every moment count. For those wishing to have the time of their lives, Athens is the perfect place. Why? Because of the luxurious and modern cocktail bars and clubs that create an unexpected mosaic. Most of them are located in downtown Athens, in Monastiraki, Thyseio, Gazi and Kolonaki, and more often than not, they have a breathtaking view of the Acropolis.

Thus, if the idea of having a cocktail under the Athenian sky, with the Acropolis flirting with you, is an appealing one, then don’t miss the chance to visit one of these cocktail bars and order a refreshing mojito, or a shot of ouzo. The most famous are the “360 Cocktail bar”, “A for Athens”, “Citizen” and “Couleur Locale”. Of course, there are other bars, such as the “Drunk Sinatra” “Baba Au Rum”, “Six dogs” and “Noel” that are equally good and easily accessible, since they are also downtown. “Dybbuk”, “Rock n Roll” and “Akrotiri Boutique” are highly recommended for clubbing.

Good food is regarded as a sacred idea for every Greek, and this is why you should not miss the chance to eat some of the most fattening delicacies in the world: the famous moussaka — a potato and aubergine based dish, feta cheese, saganaki — a piece of fried cheese, tzatziki and, of course the very famous pita gyros. If you are a loyal fan of sweets, then don’t miss the chance to eat baklava, ravani, karydopita and galaktoboureko. Where to find them? In every restaurant in Athens. But, Psyri is the most well-known area.

If you wish to relax, then head to Plaka, a picturesque neighborhood downtown, full of small caféS overlooking the Acropolis, and wander around some of the most beautiful houses in Athens. Annafiotika is a particularly picturesque part, with cafés located alongside cobblestone streets, serving frappes and freddos, and of course plenty of ouzo to go with your mezes.

Plaka is considered by many to be the most beautiful part of Athens. The second is Thisseio. A close neighbor of the Acropolis, Thisseio is a perfect place to go for a walk and enjoy the Greek sun. In Thisseio you will find some traditional cafeterias, as well the chance to walk to Vrachakia, a place that is said to be the meeting place for Athenian policymakers. Head there at dusk if you want to see Athens’ breathtaking sunset. Your wanderings in Thisseio will lead you to both the Acropolis and the Acropolis Museum. Of course, you have to visit both of them.

Last but not least, if you feel that Athens is too tiring, you can take the underground metro and go to Piraeus, the famous port. From there, embark on one of the numerous ferries and enjoy some tiny and picturesque islands. Aegina, Hydra, Agkistri and Spetses are highly recommended, not only because of their proximity to Athens, but also because of the deep blue sea, which will make you wonder about the myths of the lost Atlantis and Poseidon.

As the saying goes, live your myth in Greece.