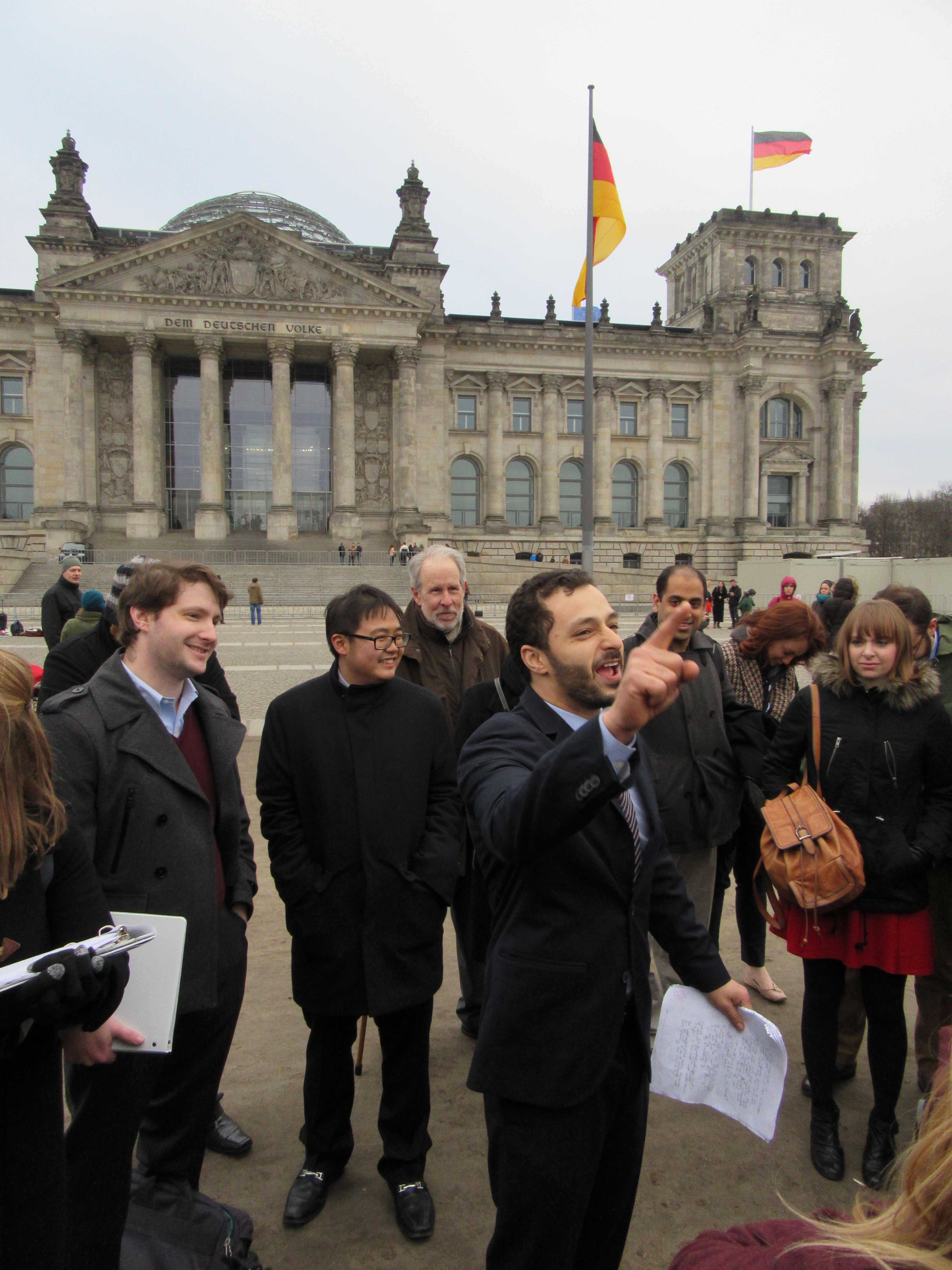 In September 1939, Germany began a campaign of conquest across Europe, starting with an assault on Poland. Almost 80 years later, over the course of a week in March 2016, students from the SAIS Washington D.C. campus got the opportunity to go back in time and investigate the causes of what eventually became the Second World War and relive the events of the day.

The International Staff Ride (ISR) to Germany and Poland was the 2016 edition of an annual event that has in the past taken SAIS students through the jungles of Colombia and Vietnam to the shores of Normandy, and everywhere in between.

Staff rides, organized by the Strategic Studies program, are an investigative exercise aimed at educating participants on the circumstances and decision-making process of a military campaign. Ben Chase, one of the two quartermasters leading the team that organized the trip, says that the ISR is a unique way to study a campaign as “you are not looking at a campaign from a large overview but from a series of vignettes,” where “participants are asked for an opinion on the broader campaign by assembling the vignettes themselves to lead to an understanding of the overall campaign.”

Participants in SAIS Staff Rides typically take on the role of an individual involved in the military campaign, research that individual’s actions during the campaign and give presentations during the events of the campaign. During ISR 2016, presentations ranged from the coldly calculated to the highly emotional, representing much of the wide variety of experiences that characterized leaders of the nations marching towards war. The roles played by students included those of leaders, diplomats, military officers, and civilians.

From March 11 to 19, students, faculty, and invited guests visited historically important sites across Germany and Poland. The trip started in Berlin, moving on to Gdańsk (known as Danzig to Germans in 1939), before ending in Warsaw. Participants gave presentations at sites such as the Reichstag, Modlin Fortress, and the post office in Gdańsk where valiant Polish postmen held out against German forces for more than 12 hours.

On the topic of the staff ride as an educational experience, Chase said that he “wanted to dispel a lot of the myths about the early stages of the war in Poland. This is the idea that Germany just steamrolled Poland and that it was easy for them, which turned out to not be the case.” The campaign also partly grounded itself in the greater geopolitics of inter-war Europe, as Chase added, “we wanted to show how Poland’s experiences couldn’t be isolated in Poland itself. We wanted to contextualize Poland’s place in Europe.”

As an educational tool, the staff ride also presents lessons for the contemporary world. Chase is of the view that, “There are a lot of things to look at in the 1939 September Campaign that are extremely relevant today.” He added that the September Campaign can provide insight through ”the salami tactics employed by Germany and what that means for expansionist powers today and what it means for alliances and commitments and what sort of false understandings they can lead to.”

Planning for ISR 2016 began shortly after the conclusion of ISR 2015. Quartermasters Emily Scammell and Chase, both MA 2016 from the Strategic Studies program, led the effort. As quartermasters, the Scammell and Chase led multiple scouting trips to the sites students visited and coordinated the efforts of the research, logistics, and public affairs teams in the run up to the staff ride. This student-led effort involved hundreds of hours of work and, as someone joked during the trip, took longer to plan than the German invasion of Poland.

The Strategic Studies program at SAIS D.C. typically organizes two domestic and one international staff ride per year. The Fall staff ride in 2015 took students through the Chesapeake Campaign of the War of 1812 while the Spring staff ride to be organized in May will investigate the Battle of Yorktown during the American Revolutionary War. All staff rides are open to participation from students in any concentration.