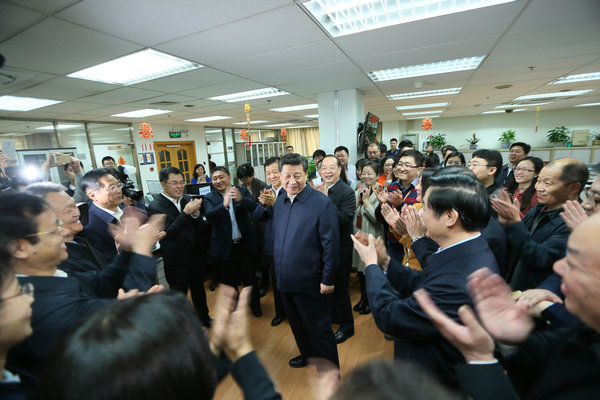 Why Censorship Remains Important in China

2015 marked a strong year for censorship in the People’s Republic of China. Two important legislative acts were implemented in the country. First, Yuan Guiren, the Education Minister, rolled out new guidelines for higher education, calling for limits, if not complete bans, of “Western” or foreign textbooks and the increased instruction of Marxist ideology. Second, the National People’s Congress passed the cybersecurity law in July 2015 which requires all network information systems to turn over source code and encryption keys to the Chinese government.

Why censorship continues to be important to the Chinese leadership

Xi Jinping’s rise to power has been troubling for a number of reasons, not the least of which has been the increase in censorship, especially over the past year. One law banning Western textbooks and another law ramping up cybersecurity are particularly worrisome. The former is an archaic law that would not be out of place in Bhutan, as opposed to the rapidly developing and what was previously considered to be a somewhat forward-looking government in Beijing. The latter was enacted under the guise of preventing and punishing online crime, such as hacking and other forms of cyber warfare, but with wording left vague enough that it could be used against dissidents or any of Xi’s political adversaries. This law has also spooked many foreign firms looking to set up offices in China, adversely affecting the economy.

Additionally, Chairman Xi had a tour of media and broadcasting companies where he explained that they needed to follow the Party line and be sure not to broadcast anything that criticized the government, harking back to the days of the Cultural Revolution and the quest to root out counter-revolutionaries.

These new laws could have wide ranging effects and while the publicly stated reasons for these policies seem well intentioned, many urban Chinese citizens see them for what they are: an increase in censorship and restriction on freedom. The stated purpose for the ban on certain foreign texts (the ban, I assume, does not include the works of Karl Marx, who is not from China) was enacted in order to preserve core Chinese values. What many people find hypocritical about this is that many Party members send their children abroad for school, whether for college, high school or even middle school exchange programs. The hypocrisy goes all the way to the top, as Chairman Xi’s daughter attended Harvard University.

As for the crackdown on media and Internet crimes, the most recent scandal involves a number of journalists who have gone missing after an open letter criticizing Xi and his call for loyalty from the press to the government, not the people, was published online and signed “Loyal Communist Party members.”

The new laws and precedents being created are not what many were expecting before Xi came to power. Many thought that economic reform would eventually give way to political reform, much in the style of South Korea or Taiwan, both of which slowly democratized after developing economically. Unfortunately, it seems that China is entering a new Red Era, the consequences of which we are only beginning to see.