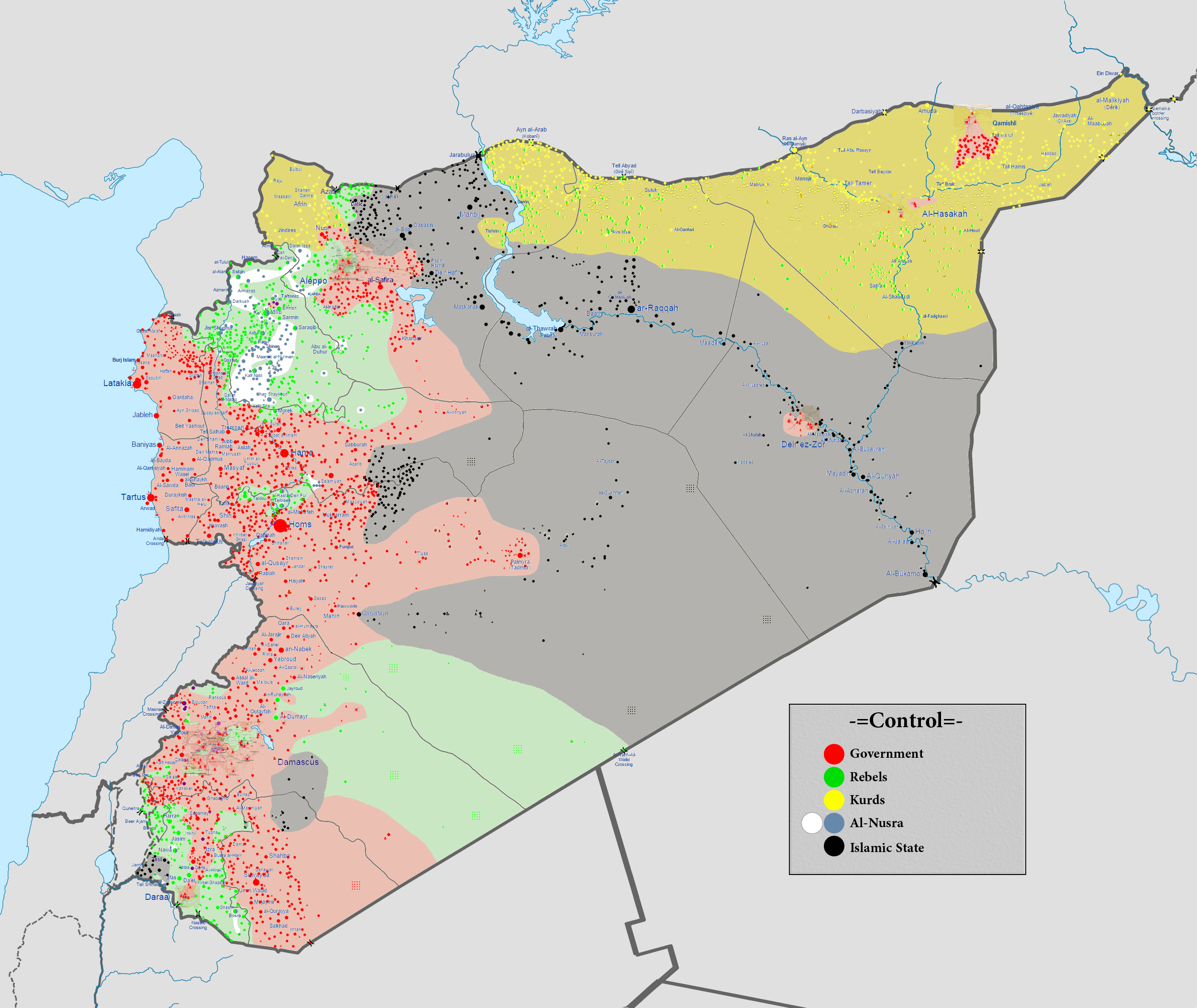 Did I type “safe space”? I meant safe zone. As of March 2016, nearly half of the predominantly Sunni population of Syria has fled the violence inflicted upon it by the Alawite regime of Bashar al-Assad. Many of those refugees have ended up in Europe, and many more are being hosted in Turkey and Jordan. The “ceasefire” agreement and the European Union-Turkey migrant deal notwithstanding, the civil war in Syria will continue for years to come, as will the stream of people fleeing the conflict. A more proactive approach to addressing both crises is long overdue, and the best place to start is with a safe zone for refugees in northern Syria.

This is not a new proposal, having first been suggested by Turkey in early 2015, but it has yet to get off the ground for various reasons, one being a lack of political will on the part of the current lame-duck administration. However, this does not mean that it is a bad idea. Such a safe zone would require two things: a suitable strip of territory and U.S. military support.

The first and most obvious requirement is a place to put the safe zone. The best location is where most of the refugees have crossed into Turkey thus far: the strip of land marked in grey between Kurdish-controlled Afrin (northwestern corner in yellow) and Kobane Cantons. Unfortunately, the area in grey is under the Islamic State group’s control, necessitating a ground offensive by the Turkish military – the most obvious choice – backed up by U.S. funding and supplies. The Kurdish YPG, or People’s Protection Units, has neither tanks nor an air force, and yet it is one of the most effective forces against the Islamic State group. By contrast, Turkey has a modern military and its own air force; it would only take a few days to push the Islamic State group out of a strip of land up to 10km (about 6 miles) into northern Syria.

The importance of U.S. military support for Turkey cannot be stressed enough. A “safe zone” is only as safe as military protection can make it, and once the safe zone has been established, not only must the safe zone be protected from the threat of the Islamic State group and the Assad regime, but from Russian airstrikes, which means that the safe zone must also be a no-fly zone. The Islamic State group is certain to escalate attacks against Turkey in retaliation for formally entering the war against it, but the biggest threat comes from Assad and his Russian backers.

The Assad regime itself has little incentive to attack any prospective safe zone. Though the regime will loudly protest the violation of Syria’s “sovereignty,” the rump entity that calls itself the government of Syria has its hands full fighting the Islamic State group and the various rebel groups arrayed against it. Assad will not risk open war with Turkey’s much more powerful military.

Putin, on the other hand, would love yet another opportunity to make the U.S. look weak, humiliate the United States’ allies, and potentially challenge the credibility of NATO itself, since a direct attack on Turkish forces would be grounds to invoke the collective defense clause. A couple of airstrikes inside the safe zone, supposedly aimed at terrorist groups still operating there, would destroy the credibility of the safe zone.

Russia has significantly strengthened its anti-air defenses after Turkey shot down a Russian fighter-bomber that entered its airspace. The S-400 system deployed at Khmeimim airbase has a maximum range of 400km, putting most of Syria and part of Turkey within range and making the use of airpower more risky. Fortunately, two can play at that game. Turkey lacks surface-to-air missile systems, so support from the United States must include SAM batteries and a willingness to use them to enforce a no-fly zone over the safe zone.

I admit there are many flaws in this plan. For one thing, Recep Tayyip Erdogan’s authoritarianism and his increasingly violent repression of the Kurdish minority would complicate relations with the Kurdish forces fighting the Islamic State group if the United States appears to give Erdogan a blank check to do what he likes. For another thing, recall that the safe zone was originally Turkey’s idea and note that the proposed safe zone would cut off the Afrin Canton from the rest of Kurdish territory. Coincidence? This means that U.S. military aid would have to come with direct oversight so that Turkey uses it to enforce the safe zone and not against its own Kurds.

Ulterior motives aside, some good can come of this idea. A safe place for refugees to flee to would not only be humanitarian, it could help alleviate the existing refugee burden by removing the incentive for people to move onwards into Turkey and potentially risk their lives crossing to Europe. It’s not a perfect plan. But if anyone has a better idea, I would love to hear it.

Previous post A Staff Ride Through Germany and Poland

Next post Spring Training Takes off in Nanjing: HNC Gearing up for the 16th Annual Dragon Boat Festival
The SAIS Observer Staff