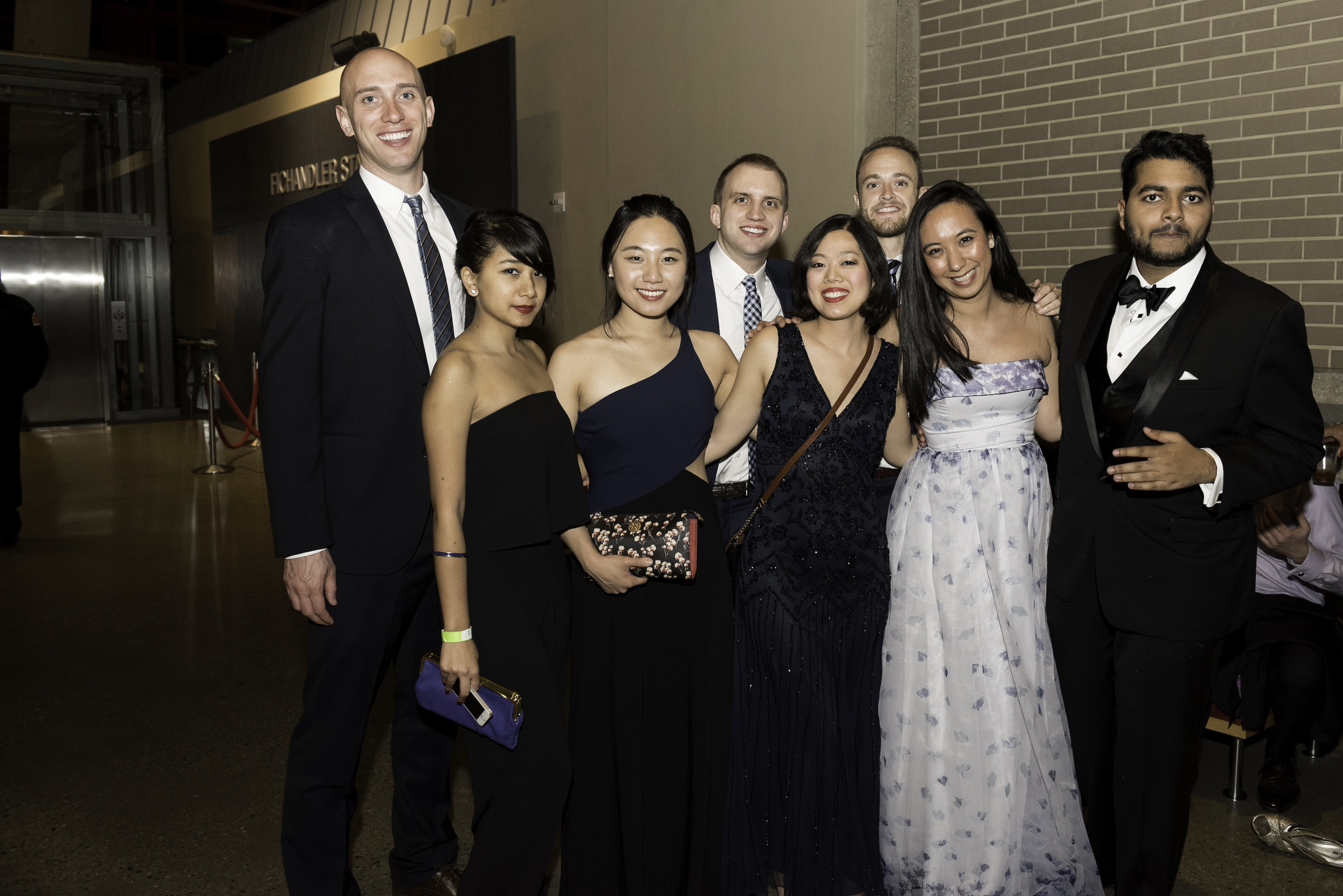 On March 26, SAIS D.C. students found their way over to Arena Stage to attend the Cherry Blossom Ball, an annual tradition at SAIS organized by the Student Government Association (SGA).

The Cherry Blossom Ball is the culmination of many months of effort by the SGA, with weekly meetings over the course of months by SGA leaders. SGA President Huang, SGA Treasurer Lorena Americano Valente, and SGA Social Chair Joe Traw, along with Student Life director Khorey Baker, formed the core team. In describing this group’s goals with the Cherry Blossom Ball, Huang said “we just wanted people to have fun and have a great SAIS experience. I feel privileged to spend time with my awesome peers and professors and wanted to give back to the community.”

Arranging for the ball required organizing a number of different services, the most important of which was the venue. These contract negotiations began in November 2015 with the date of the ball being fixed in March. SGA chose Arena Stage, a theater in Southwest Washington, to host the ball, in part due to the existing relationship between Arena Stage and SAIS: the Arena Stage hosted last year’s Cherry Blossom Ball and will play host to the SAIS graduation reception as well.

Throughout the process of organizing the Cherry Blossom Ball, the issue of finances persisted. The SGA is responsible for organizing a number of events at SAIS, including the Mr. and Mrs. SAIS competition. SGA also serves as the primary source of funding for many student clubs – SGA provides the beer, wine, and pizza for club happy hours and also guarantees a minimum amount of funding if a club fails to raise enough money during a happy hour. Huang described the SGA as an organization intended to “enhance people’s experiences at SAIS” with a commitment to enjoyable programming.

While SAIS itself does provide support, SGA is heavily reliant on students to support their funding of student clubs or organized events. Events such as the Cherry Blossom Ball are expensive, with Cherry Blossom Ball 2016 yielding a loss despite the sales in tickets and drinks. The Observer obtained a preliminary revenue and cost calculation for the event, shown below. The shortfall is in addition to the other commitments SGA must make, namely in funding clubs and activities on campus.

This highlights the important role SGA plays in the SAIS community both as an organizer of events and as an enabler for the clubs students are active in. Now that the Cherry Blossom Ball has concluded without incident, Huang acknowledged that the majority of SGA’s work this year is over. She described her own status as “semi-retired” after passing the “final exam of being SGA president.”

Previous post Brussels as the Perfect Target: A Shock, but not a Surprise

BY RUI ZHONG [caption id="attachment_4298" align="alignright" width="300"] The winning team celebrates after the end of the Deloitte Case Competition in...