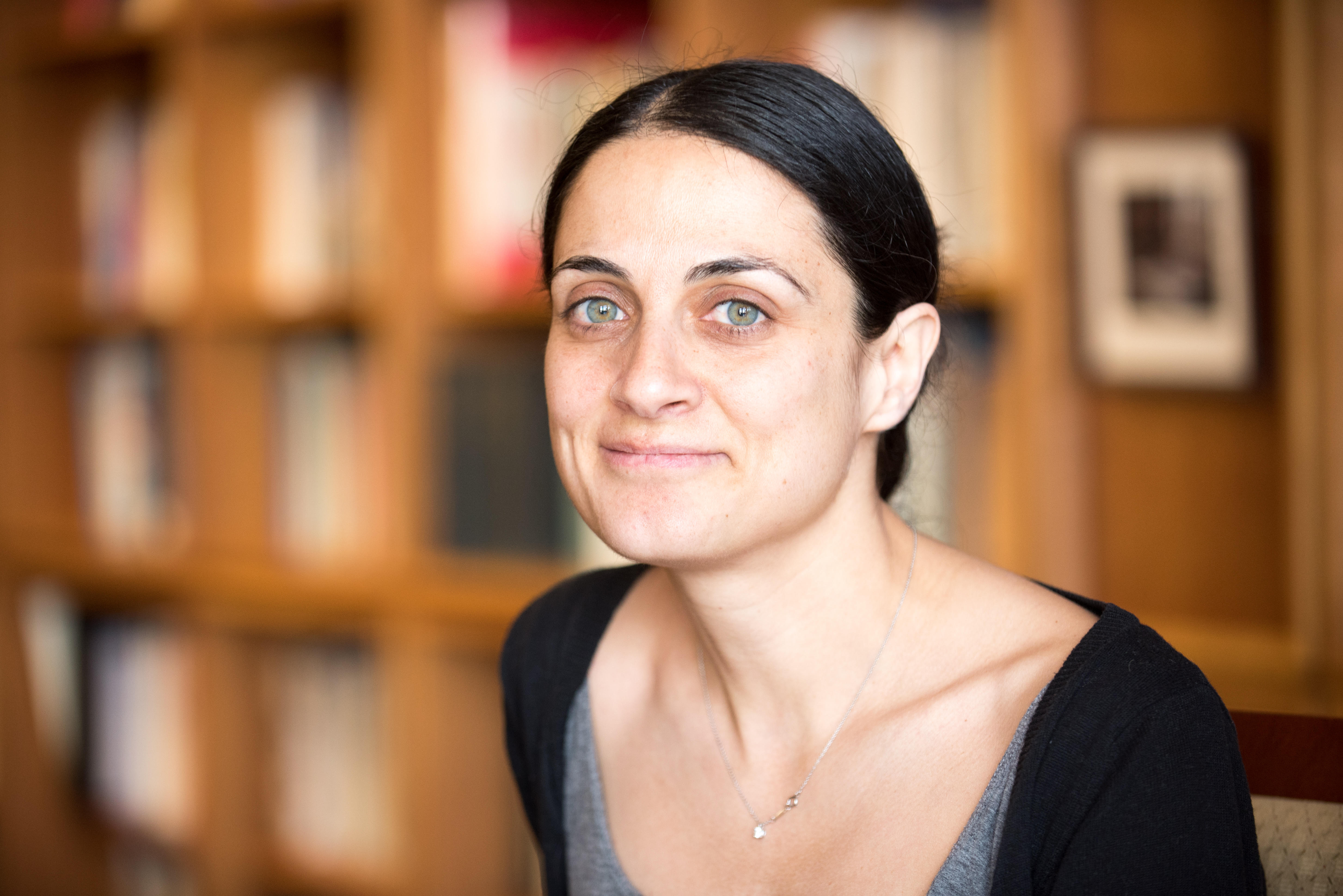 Trade has driven the U.S. presidential debate in 2016. Criticizing free trade as the cause of declining U.S. manufacturing, both Bernie Sanders and Donald Trump have sparked serious discussion throughout the electorate on free trade, globalization and the recreation of tariff barriers. In search of reasoned expertise to explain the trade phenomena, we sat down with SAIS economics and trade professor Mine Senses.

Many of the candidates in this election cycle have offered severe criticism for trade and the effects it has had on the U.S. economy. Is trade evil? Why is there a disconnect between the economists and the voters?

Trade is not evil.

Large overall gains from international trade are widely documented. These gains include low prices to consumers, productivity gains following re-allocation of factors of production and access to a wider variety of goods. Moreover, U.S. imports from China do not only result in lower prices for high-end products such as iPhones, but importantly allow poor households to afford low-end clothes, toys and electronics sold at Wal-Mart.

While these aggregate long-run gains are very important, it is not what the general public has in mind when they think about trade. They have in mind those who lose from trade, who are very visible and clearly identifiable. In most cases, this segment of the population gets adversely affected by job losses that may result in long periods of unemployment. Moreover, when these workers eventually find a job, the new job may be in a different industry requiring very different skills than the old job, resulting in lower earnings due to loss of specific human capital. Another concern is that, especially in the United States those that lose from trade are geographically concentrated — think of the Rust Belt — which makes spillovers to the rest of the region from non-manufacturing sector important. So when economists argue that trade is good, people just look at the city of Detroit or the middle aged auto manufacturing worker who just lost his/her well-paying job and wonder what economists are talking about.

I think this disconnect between the discussion that voters and economists are having is partially the economists’ fault. We tend to focus so heavily on the benefits of trade and forget to talk about the costs of trade to some segments of the population. I think one way economists can sell the idea of overall gains from trade to the general public, is by taking their concerns about the losers seriously, identifying who these people are, how much they lose, in what dimensions they lose and propose policies that will ease the adjustment costs they face. I of course, may be a bit biased on this, as most of my research focuses on exactly this question.

What kind of policies can government enact to address the costs of trade?

While there are overall welfare gains from trade in the long-run, we also know that these gains are unevenly distributed across different segments of the population and across different regions of the country.  There are clear losers from trade and the short-run adjustment costs for these people are huge.

We need to design policies that ease the adjustment cost for them. We can re-train people to help them move away from shrinking industries or occupations that are not in high demand any more to new industries and occupations that are expanding. Providing subsidies for community colleges, or for short classes that teach specific skills will be helpful. Trade adjustment assistance could be revived and expanded to provide a buffer for workers while they are unemployed and searching for a job or are back at school getting re-training. These policies are currently a joke in this country. It is a tiny share of the budget and such a small portion of the population benefits from them. So displaced workers cannot afford to be off the market as they search for a job that match their skills and instead are forced to take the first job they find, often times in the service sector with low wages and unstable employment.

The government can also design policies that decrease mobility and job search costs. Say you are in Michigan where there are very few jobs around you. But there may be all these jobs in California that you don’t even know exist — you are poor and lack the tools to search for jobs. In this case, policies that help match workers to employers and policies that decrease mobility costs will help. In the United States, welfare benefits such as food stamps are tied to the state you live in, which makes it hard to move from one place to another. Can you imagine being a single mother of two kids who depends on food stamps, somehow you found a job in a different state but you will have to go without food stamps and cash transfers you receive from the government for a few weeks while you move? Even the not-so-poor are not as mobile as our models sometime assume them to be. If your home is underwater for example, leaving is not as easy.

Moreover, its unclear how short the short-run is — while a young worker may go back to school and acquire necessary skills for the new jobs available in the economy or move to the location where the jobs are available rather quickly, same cannot be said for the older worker who has acquired a lot of specific human capital and who is not as mobile due to home ownership, family ties and transferability of skills. These people may never find a comparable job once they lose their old job.

If you look at countries such as Denmark and Finland, they are very open — trade is a much higher share of their gross domestic product than the United States. But they do a much better job dealing with adjustment costs — being both tiny and having governments that provide social services (and a public that supports those policies). But to be fair, these countries are much smaller than the United States, which makes it easier for people to move to another city. The federalist system with strong state rights and the divided politics here do not make designing national welfare policies easy either.

For most Americans, perhaps the first thing they will think of when it comes to trade is the trade deficit. Donald Trump has cited the bilateral trade deficits with China and Mexico to great effect — arguing that the United States is losing. What does the trade deficit mean in terms of trade policy?

First of all, a bilateral deficit doesn’t matter at all. That’s a fallacy. Bilateral stuff makes a good talking point just because we have a tendency to think about the world in terms like us vs them or United States versus China. The trade deficit has something to do with investment and savings rates — it’s macroeconomics. Consumers and business are buying cheap goods and inputs from foreigners, which allows them to afford more, and the United States is attracting investment from overseas, which improves productivity and creates demand for domestic goods and services. That’s not necessarily a bad thing.

What does all of this mean for the average American worker?

Thinking about the average worker is not entirely useful. The impact of trade on the worker depends on his/her education level, occupation, industry, geographic location. Its not even obvious that more educated workers will always fare better. For example, a truck driver or a barber might technically have more job security than someone who spent four years learning computer programming or accounting that could be offshored or replaced with a machine.

Moreover, this is not static and it is ever changing. It’s different than it used to be. It used to be the case that I could work in auto-manufacturing: I could stay in the same firm all my life, work the same occupation all my life, and I would have a stable income. I think what trade does, and this is partially documented by me and Professor Krishna[GC1] , is that it increases income risk and uncertainty the worker faces. Two very similar workers, for example one initially working in a firm that eventually shut down and other working in a firm that did not, could experience very different wage outcomes. Importantly, this one-time shock — firm shut down due to trade in this example — could have a permanent effect in the wage paths of these two workers that is mostly unpredictable. This is very costly to the worker.

But one has to think carefully about the counterfactual when evaluating policy. If the goal is to have a higher share of GDP in manufacturing like the old days, that can only be accomplished by either slapping large tariffs on these goods or producing these goods in factories where robots rather than people do the job. The former is very costly as it will result in much higher prices for these goods and almost certainly will result in a trade war, which will be devastating for the world economy. The latter will not solve the problem of the losers, which everyone is concerned about. Punishing firms that offshore won’t help either, as this might be the only way these firms are competing and may result in bankruptcy of these firms or in large layoffs of workers who has remained employed so far thanks to offshoring. To me, the only thing I think would work is to speed up the transition of labor from the dying sectors in the United States towards sectors for in which we have comparative advantage by re-training workers, decreasing mobility, search and adjustment costs and providing a buffer for older workers who may not be able to transition as easily.

Next post What Is Not Being Asked about the Panama Papers?
The SAIS Observer Staff