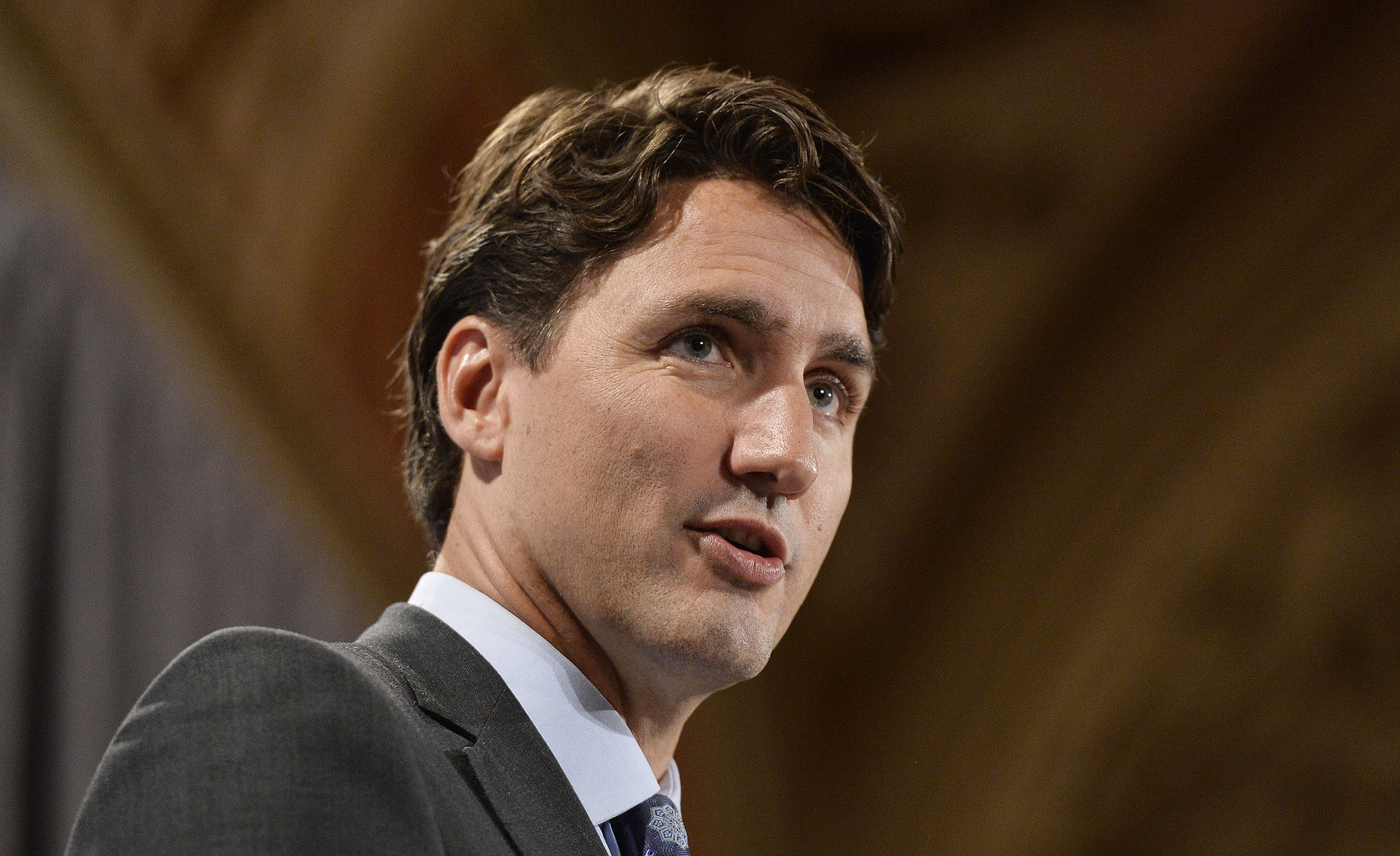 How can you be in two places at once when you’re not anywhere at all? As is evident from his latest media coup, Justin Trudeau can explain quantum computing; unfortunately, he seems to be applying those physics principles to the gulf between his self-declared feminism and his decidedly anti-feminist foreign policy.

The Canadian prime minister has gained an international following thanks to his open embrace of enlightened values and his youthful looks. Perhaps more than anything, his frequent, unqualified identification as a feminist in several viral videos earned him widespread admiration. It’s only natural to celebrate a bold new leader after the embarrassment that was Stephen Harper’s 10 years in office. But that honeymoon cannot last, especially when the fresh-faced Liberal is continuing his Conservative predecessor’s legacy of massive arms sales to Saudi Arabia.

The record-setting $15 billion weapons deal was signed under Harper, but is going ahead with Trudeau’s blessing. Canadian government documents note the litany of human rights abuses in the absolute monarchy: “the reported high number of executions, suppression of political opposition, the application of corporal punishment, suppression of freedom of expression, arbitrary arrest, ill-treatment of detainees, limitations of freedom of religion, discrimination against women and the mistreatment of migrant workers.” After all those appalling facts, any one of which could disqualify the country from receiving lethal equipment, the report offers the flimsy excuse that the Middle East kingdom is an ally, going on to say, “Canada has sold thousands of LAVs [light armored vehicles] to Saudi Arabia since the 1990s, and, to the best of the department’s knowledge, there have been no incidents where they have been used in the perpetration of human rights violations.” Of course, this is a clear case of simply looking the other way; there can be no true accountability in an authoritarian country.

Trudeau has stated, “Fundamentally, this issue is a matter of principle. The principle at play here is that Canada’s word needs to mean something in the international community.” Calling this a matter of principle is indeed rich. What about upholding Canada’s word on the seven major human rights treaties it has ratified since 1945? Regrettably, fundamental contradictions seem to run in the Trudeau family. As prime minister, father Pierre Trudeau callously suspended civil liberties during the October Crisis in 1970, yet was a fervent advocate for the 1982 Charter of Rights and Freedoms, enshrined in the Canadian Constitution.

Trudeau is hardly alone in kowtowing to Saudi Arabia. Hillary Clinton, as much as she likes to tout her supposed advocacy for women, had no qualms about approving huge weapons deliveries to the Saudis as secretary of state, as did her boss, President Barack Obama. In a recent lengthy profile in The Atlantic, it was revealed that Obama is deeply skeptical of the U.S.-Saudi alliance. That makes it all the more depressing that he knowingly allowed a fatally flawed policy to go forward.

Trudeau and other world leaders should follow the example of Margot Wallström. The Swedish foreign minister has made feminism a centerpiece of her country’s international relations. She unapologetically spoke out against Saudi repression of women, along with other human rights violations, in 2015, causing Riyadh to make her persona non grata and break bilateral ties. Sweden went on to cancel a lucrative arms deal with Saudi Arabia.

The fact remains that not selling weapons to autocratic regimes should be the low-hanging fruit in the foreign policy of a democracy. I’m not expecting Justin Trudeau to end the Syrian Civil War or cease climate change overnight. But it’s well within his power, and the power of all popularly elected leaders, to stop this senseless policy. There’s been some limited traction on this lately in the United States, but much more needs to be done. One of the great things about feminism is its universal relevance; its core values of equality, human dignity and the righting of historical wrongs can and should be applied to all areas of public policy.