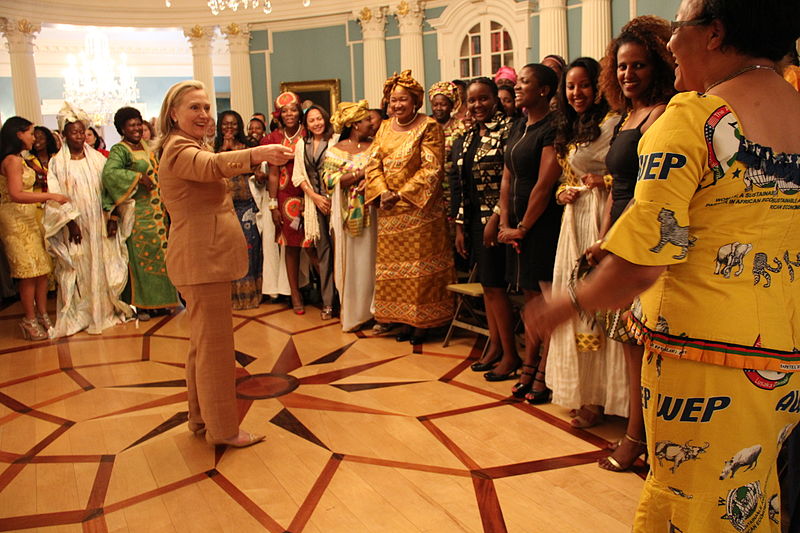 As Hillary Clinton gets closer to clinching the presidency, her imminent win is heralded by many as a watershed moment for gender equality in the United States. This moment is symbolic for many American women, but it is not a clear-cut victory for the progress of women’s equality across the board.

We’ve long-been poised to have a female president, but Clinton is the only one in recent memory that appeals to the liberal sensibilities of most progressive voters. Former US Secretary of State Condoleezza Rice and former Governor of Alaska Sarah Palin have both approached the top echelons of executive office.

Regardless of whether a Clinton win is novel or not within the American political arena, having a woman as national leader is a poor barometer for gender equality. Benazir Bhutto, the Prime Minister of Pakistan in the 80s and 90s, was twice elected in a nation with the dismal rank of 141 out of 142 on the World Economic Forum’s Gender Gap Index in 2015. Furthermore, Bhutto, and Clinton for that matter, have simply continued political dynasties started by their male family members.

The crude and sexist discourse set by Donald Trump has highlighted gender equality as an issue in the election. Because the GOP candidate is a carnival caricature of social regression, it has been easy for the Clinton camp to position itself as the best option for progressive voters. But in fact, Clinton has a dismal history when it comes to women’s issues. Clinton’s support for her sisters has continuously and conspicuously faltered. She characterized her husband’s alleged sexual assault victims as a “bimbo eruption” and “trailer trash.” In addition, as Secretary of State, her meddling in the Haitian minimum wage debate on behalf of American textile interests has hurt the well-being of Haitian women, who constitute the bulk of this manufacturing force.

This is not to say that Clinton has done nothing for women. Her initiative to implement paid family leave is admirable. This stance, along with Clinton’s declaration during a 1995 speech in Beijing that, “women’s rights are human rights” is in step with the party line which we expect from any of her fellow Democrats. Clinton’s expected defeat of Trump is a symbolic victory because there will finally be a female face among the tableau of male presidents. However, a symbolic win without substance will not constitute the great stride in gender equality that many fantasize the Clinton presidency to be.

Next post Continuing the Discussion: Hillary or Donald, Who is Worse for China?
The SAIS Observer Staff