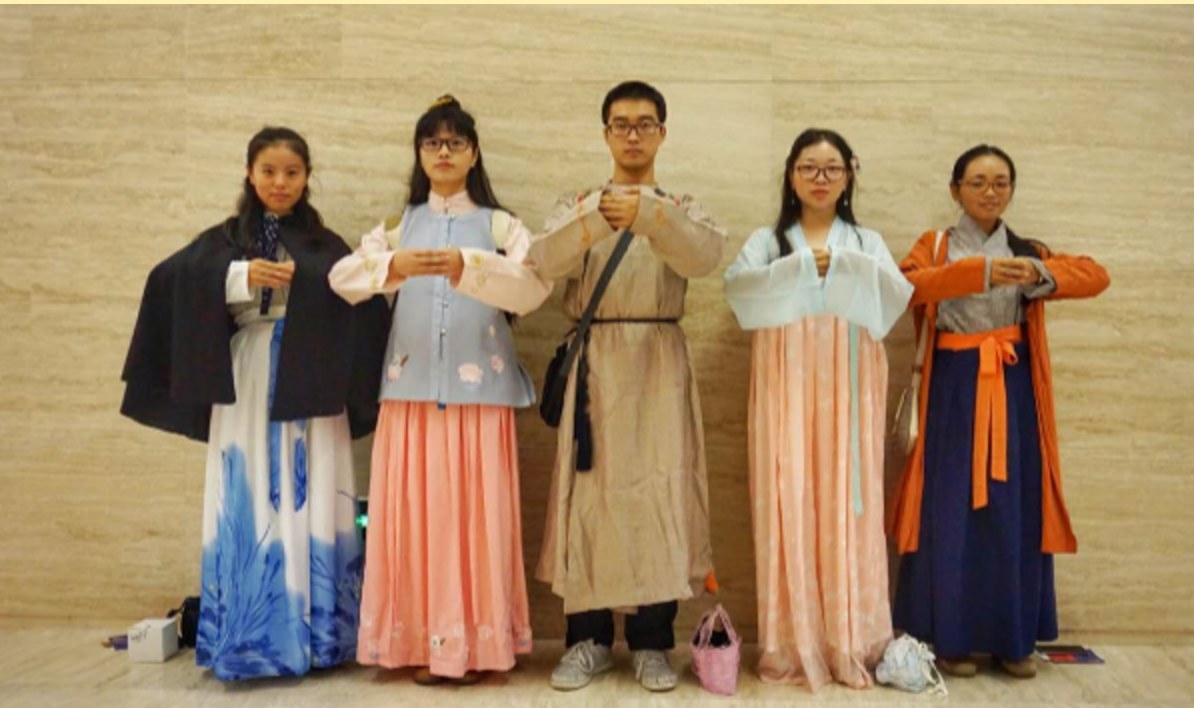 In October, I visited the Nanjing Museum with my HNC roommate. The rival glories of ancient Egyptian and Western Han civilizations were on display at the special exhibit, “Kings and Pharaohs: Treasures of Ancient Egypt and China’s Han Dynasty.” We found ourselves captivated, not only by spoils of bygone kingdoms, but also by the colorful surge of weekend sightseers eager to get as close as possible to the past.

As we entered the main hall, a mummy vied for attention with a Han era suit made of jade tiles meticulously sewn together with gold thread. Visitors milled between a wooden coffin with a delicate inlay of precious metals and an elaborately painted sarcophagus lid. The exhibit then branched off into two separate display spaces for each civilization, each broadly organized under headings such as “Life and Death,” “The Power of the State” and “Daily Life”.

While the exhibit purported to draw sweeping comparisons between the two civilizations’ expression of power in the physical realm and afterlife through the production of material wealth, we found some uneasy asymmetries. The decision of the curators to show objects from the Han dynasty, a period lasting from 206 BCE-220 CE, in contrast with a broadly defined “Egyptian civilization” lasting almost 3,000 years, represented by objects ranging from a Middle Kingdom era model of a clay house (2000 BCE) to Late Byzantine pottery (600 CE), gave us a distorted sense of time and geography.

Another source of confusion was the comparative structure of the exhibit. The curators may not have intended to explicitly hold both civilizations up for competition, but my Chinese roommate asked me several times which I preferred, Han or Egyptian, and I overheard other conversations among visitors of a similar tone — which artistic media were more demanding in their execution and elegant in their effect, lacquer or stone? Which jewelry was more timeless in its aesthetic appeal to contemporary tastes, jade or faience beads? Which civilization was less superstitious and more enlightened?

Judging from the swarm patterns of museum visitors, the clear winners of popular approval from both the Egyptian and Han displays were objects that held sentimental charm: a winsome cat mummy swaddled in basket-weave wrappings, and a silver belt buckle from a concubine’s funerary robe with the poignant inscription, “Never Forget Me”.

As we jostled for space in front of the display cases, my roommate and I could not help but notice that we were often elbow-to-elbow with a group of young adults anachronistically adorned in embroidered floor-length robes. Towards the end of the exhibit, we found the courage to speak with them, and they answered our questions with shy enthusiasm. A young man in flowing robes of dark gold told us that his outfit was no costume, but his everyday style, and that he had a variety of robes for all occasions. He went on to explain that they were members of the Han Dress Society, and their purpose was to represent the Han ethnicity through period dress from that golden age of Chinese civilization. Museum visitors stopped to stare and snap pictures as we continued our conversation with the society members. A young woman with her hair pinned up in an elegant knot admitted their fashion sense had put them in the way of some negative attention, but she hoped their group would gain some popularity through exposure.

After thanking our new acquaintances, we exited the Han dynasty, took a stroll through the tea shops and apothecaries of the Streets of Republican Era Nanjing exhibit and headed back out into the present.

Next post An Interview with John Pasden
The SAIS Observer Staff

BY RUI ZHONG [caption id="attachment_4298" align="alignright" width="300"] The winning team celebrates after the end of the Deloitte Case Competition in...