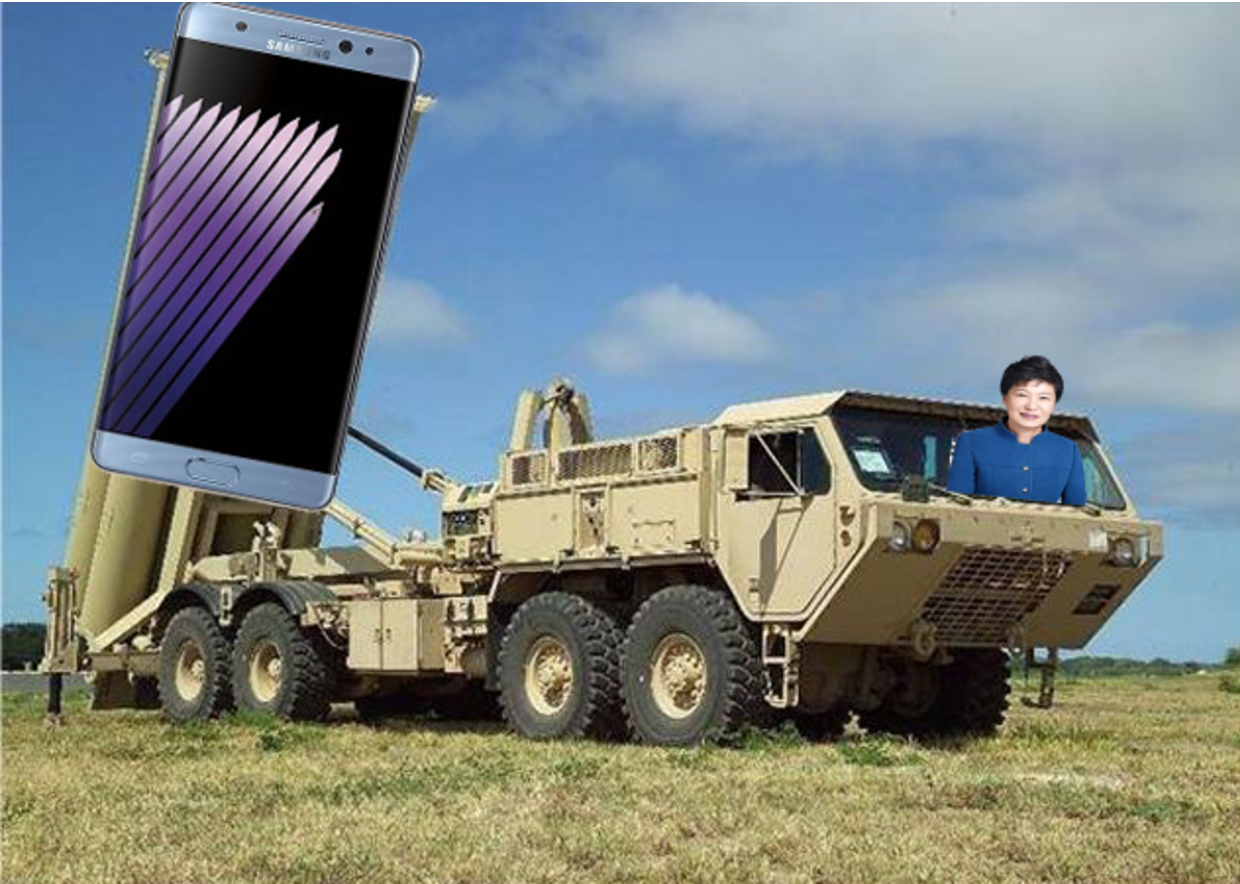 South Korea’s President Park is in hot water again (violently boiling by now, really) after it was revealed last Thursday that her administration attempted to cut defense spending by replacing warheads in THAAD missile defense systems with Samsung Galaxy Note 7 smartphones. This bombshell of a leak comes to us from a source directly inside the Blue House, who was concerned that although the Note 7 warheads will have greater explosive energy than standard kinetic THAAD warheads, the stylus in the device might destabilize the projectile during flight.

This is a big blow for Park, who is polling around five percent after revelations that she is under the control of an evil witch doctor. It is unclear at this point whether or not the witch doctor commanded her to make the Note 7 warhead switch, but he and Park were both seen this morning dressed in ceremonial attire pulling the beating heart out of our source in the Blue House.

Meanwhile, in the U.S., a source inside Hillary Clinton’s campaign has told us of a plot to re-brand “Note 7” devices as “S7,” and give one to Donald Trump for free. Plans to put the device in a case with cats on it were also discussed, that way Mr. Trump wouldn’t be able to resist grabbing it — ideally until it explodes. The source in the Clinton campaign who leaked this story to us was not harmed or even fired, and was actually promoted, because the information was not marked classified at the time it was sent.

In local news, HNC student Seamus Bro’Reilly is still refusing to give up his Note 7 smartphone after Samsung announced its cancellation and recall. Seamus told the Observer, “This is my goddamn phone, they’re not getting it back!” When asked how he got it on the plane to get here, he said he simply told the flight attendant it was not a Note 7, but rather an S7 Edge Plus-size Stylus-edition. The HNC is currently being investigated for possible presence of witch doctors.

Next post Should I Stay or Should I Go: On Traveling During Golden Week
sgrosve2