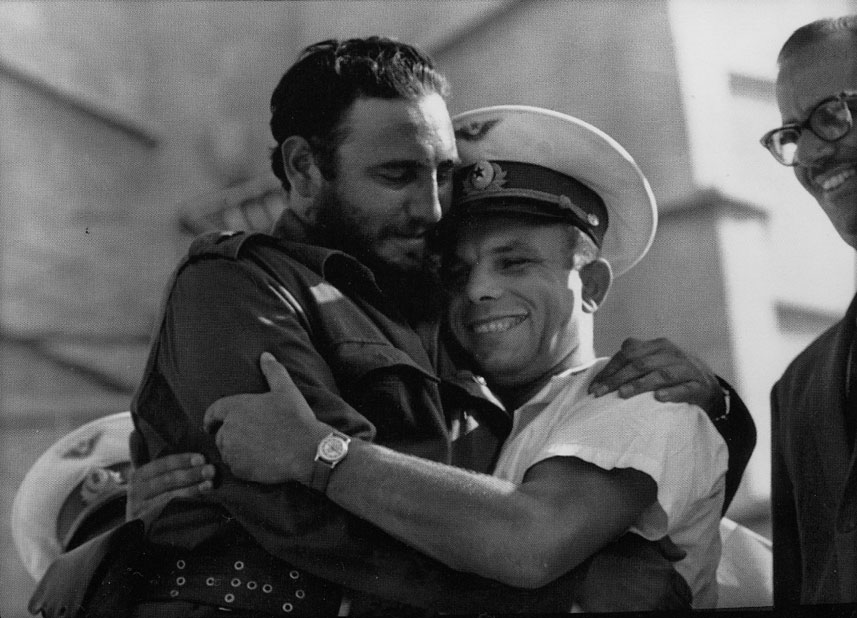 Weighing the Legacy of Fidel

I was taught early in life that Cuba and Puerto Rico were “de un pájaro las dos alas,” or two wings of the same bird. It was not just culture and geography that bound us together, but a common struggle against colonialism, be it Spanish or American. Cuba had won this struggle, and we had lost.

One time, after my third-grade teacher said Fidel Castro was evil, I remember perfectly my mother’s response. “He fought for a fairer world,” she said, “but it’s hard to do things differently, and he made many mistakes along the way.”

I didn’t think of that day for nearly 20 years, but his recent death reminded me of how he split the world in two.

Some praised Cuba’s  remarkable education system; the accessible healthcare for all; and the world-class musicians, artists, and athletes who flourished amid decaying buildings in Old Havana and beyond. Others pointed out that it might be better to grow up poor in Cuba than grow up (very) poor in richer – and unequal – countries in Latin America. Still others spoke of transnational solidarity: Cuban doctors dispatched throughout the world and Cuban soldiers who fought against apartheid on African soil. “Fidel sent us doctors, not missiles or depleted-uranium,” remarked Iraqi writer Sinan Antoon.

Then there were close friends who spoke of their broken families; of the forced exile of their starving parents and siblings; of persecution. How do we reconcile this portion of his legacy with the man Nelson Mandela called an “inspiration to all freedom-loving people”?

At the end of the day, I can never condone the arrogance of a man who never stopped believing that he had the right to speak for all, and who forcefully imposed his vision on an entire nation. No reasonable student of history can deny the human cost of his revolution: the families torn apart; the men, women, and children who died at sea; the dissidents imprisoned for daring to think differently. No reasonable observer can deny, either, that Cuba’s economic model is unsustainable – regardless of how long it has defied all odds.

But Castro did not emerge in a vacuum. He toppled a dictator that our own history books rarely mention, because he happened to be on our side. Along with much of Latin America, Castro learned to hate the United States at an age when we only stood for democracy if it was on our own terms. From Chile to Nicaragua, our government showed little regard for civilian blood spilled to further our own agenda.

None of this absolves Fidel Castro of responsibility for his crimes. However, the United States has a particular responsibility to assess his legacy critically, and not from a necessarily hypocritical moral high ground. And all of us, as aspiring policymakers, have a responsibility to judge his legacy in historical context and ensure history does not repeat itself.

I don’t think history can absolve him, but I thank my mother for teaching me that history is seldom black and white.

Hasta siempre, Comandante: may we preserve the positive aspects of your legacy, and never forget nor emulate your faults.

Irene Rivera Calderón is an M.A. student at SAIS Europe concentrating in International Development. She grew up in Puerto Rico. You can find her on Twitter at @aqui_y_alla.

Fidel Castro does not deserve your charity. He does not warrant your empathy nor your kind regards.

As a Catholic, I know my Church teaches me to pray that Castro might be spared eternal damnation, but that exhortation should not be equated with apologism. I cannot be an apologist for evil, and Castro was an evil man. He selfishly tore apart families, imprisoned and killed thousands of political dissidents, denied free elections, supported groups like the Sendero Luminoso and FARC, and destroyed Cuba’s economy. Despite apologists like Canadian Prime Minister Justin Trudeau insisting on some fanciful idea of a progressive, egalitarian utopia in Cuba, it’s worth noting Castro’s economic legacy. Compared with the average monthly income of $20 for a Cuban citizen, Castro’s estimated net-worth as of 2006 totaled $900 million.

To compel obedience for his rule, Castro promised property redistribution, but predictably, this plan failed. Economic growth stumbled along with assistance from the Soviet Union and Venezuela, but when the Soviet Union dissolved, Cuba’s economy lost 40 percent of its GDP value.

His supposed “crowning” achievements — namely universal health care and free education — largely failed due to the philosophy underlying the construction and implementation of these policies. Hospitals in Cuba continue to be plagued by excessively long waiting lines, and many of them even lack basic supplies such as aspirin and blankets. Despite these internal problems, Castro still sent Cuban doctors abroad on lucrative “humanitarian missions” to friendly nations in order to both curry favor as well as bolster Cuba’s finances. In doing so, Castro secured around $2.5 billion, but somehow Cuba’s medical facilities continued to falter. Nonetheless, Castro still had the audacity to blame the chronically undersupplied hospitals on the U.S. embargo.

Second, though the “free” education promoted by the Castro regime has led to a nation with an exceptionally high literacy rate, it has not come without a cost. By manipulating school curriculums across the country, Castro has brought up legions of young people committed to communist ideology, while freedom of thought remained hostage to political ideology. In this regard, we cannot call this education, but simply propaganda. Taken together, the crisis in health care and the weak education system constitute an assault on civil rights.

Meaningful liberal reforms are unlikely to take place in the immediate future in Cuba, although Raul Castro seems more amenable to working in tandem with his U.S. counterparts. Cuba is certainly on a more positive trajectory than it was before, and should you need any evidence of that, you need only be reminded of the following.

In July of 1994, “Cuban government ships” noticed a tugboat full of refugees heading towards Miami, and immediately began using fire hoses against the tugboat in an attempt to sink it. The refugees begged the government ships to stop, but they refused. Forty-one people lost their lives that day.

The Cuban diaspora has endured for so many years because of the selfishness and ruthlessness of one brutal dictator. For the last 55 years, the Cuban people have had no reason to hope; now they do.

When I saw the people of Miami celebrating in the streets following last Saturday’s announcement, I couldn’t help but feel a surge of pride for them. Justice had been served. Fidel Castro is dead and the world is better for it.

Chris Fernandez is a Strategic Studies M.A student at Bologna. He is the Vice President of the Student Government Association.