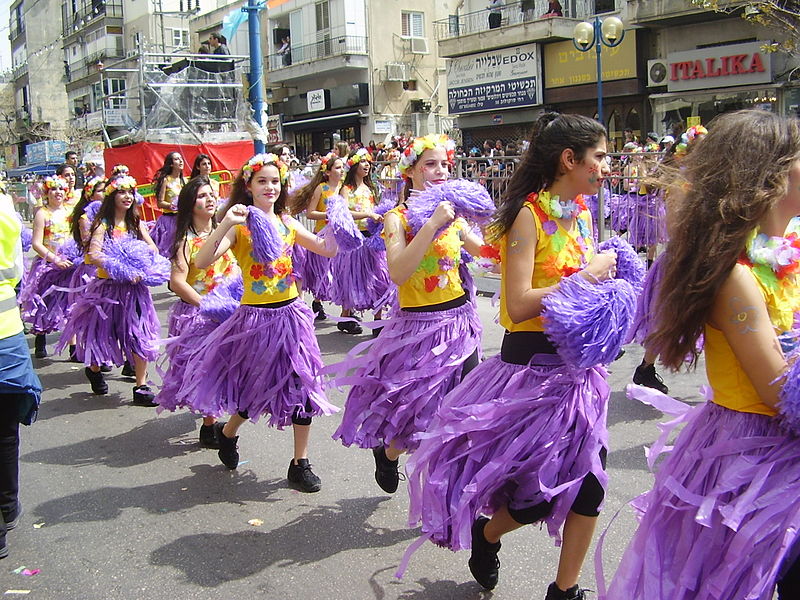 On last Friday,  the SAIS Europe community gathered at Giulio’s bar to celebrate Purim, in an event organized by the campus’ Jews and Pals club.

Purim is a lesser-known Jewish holiday, but it still carries significance as a story of courage that reminds observers to show compassion to those less fortunate.

Issy Schmidt, one of the event’s organizers, thought it would be useful to share the story of Purim with SAIS in a “fun and accessible way that made it easy to translate to the SAIS setting and to explain to non-Jews.”

“I also personally really like the theme of social justice that runs strongly throughout the story of Purim,” she continued. “And, fun fact, the Book of Esther, which tells the story, is the only book of the Bible that doesn’t mention the name of God.”

According to Jewish history, Haman, an advisor to the Persian King Ahashverosh, developed a plan to exterminate all the Persian Jews. It is believed that Haman devised this plan in reaction to the refusal of the Jewish people to bow down befo re him on the street. In keeping with religious law, the Jewish people are only supposed to bow before God.

Upon her discovery of Haman’s plot, Esther, the wife of King Ahashverosh, faced a dilemma.. Not only did King Ahashverosh not know her identity as a Jewish woman, but he had also recently banished his previous wife due to her refusal to expose her nude body at a banquet. However, she summons her courage and confronts her husband on behalf of the Persian Jewish population. Surprisingly, King Ahashverosh listens to her and orders the execution of Haman, thus saving the Jewish people in Persia.

Today, Purim is celebrated with costumes, food and drink. While the SAIS celebration included many students unfamiliar with the holiday, Jews and Pals made sure its origin story was well-known.  The SAIS community listened to a “Purim-spiel” in which club members acted out the story from a comical angle, while still retaining the themes of courage and social justice as exemplified by the protagonists.

Chris Fernandez, a SAIS Europe student in attendance on Friday night, believes the story of Purim has moral implications beyond a religious context; it “exemplifies uncommon courage and conviction in a righteous cause.”

“We can never be afraid to do what is right,” he said, “even if that may come at great personal cost.”

Garrett Sweitzer is the Managing News Editor of the SAIS Observer as well as a first year M.A student in European and Eurasian Studies.

Next post Coast to Coast: HNC Basketball and Learning Culture through Competition
sgrosve2