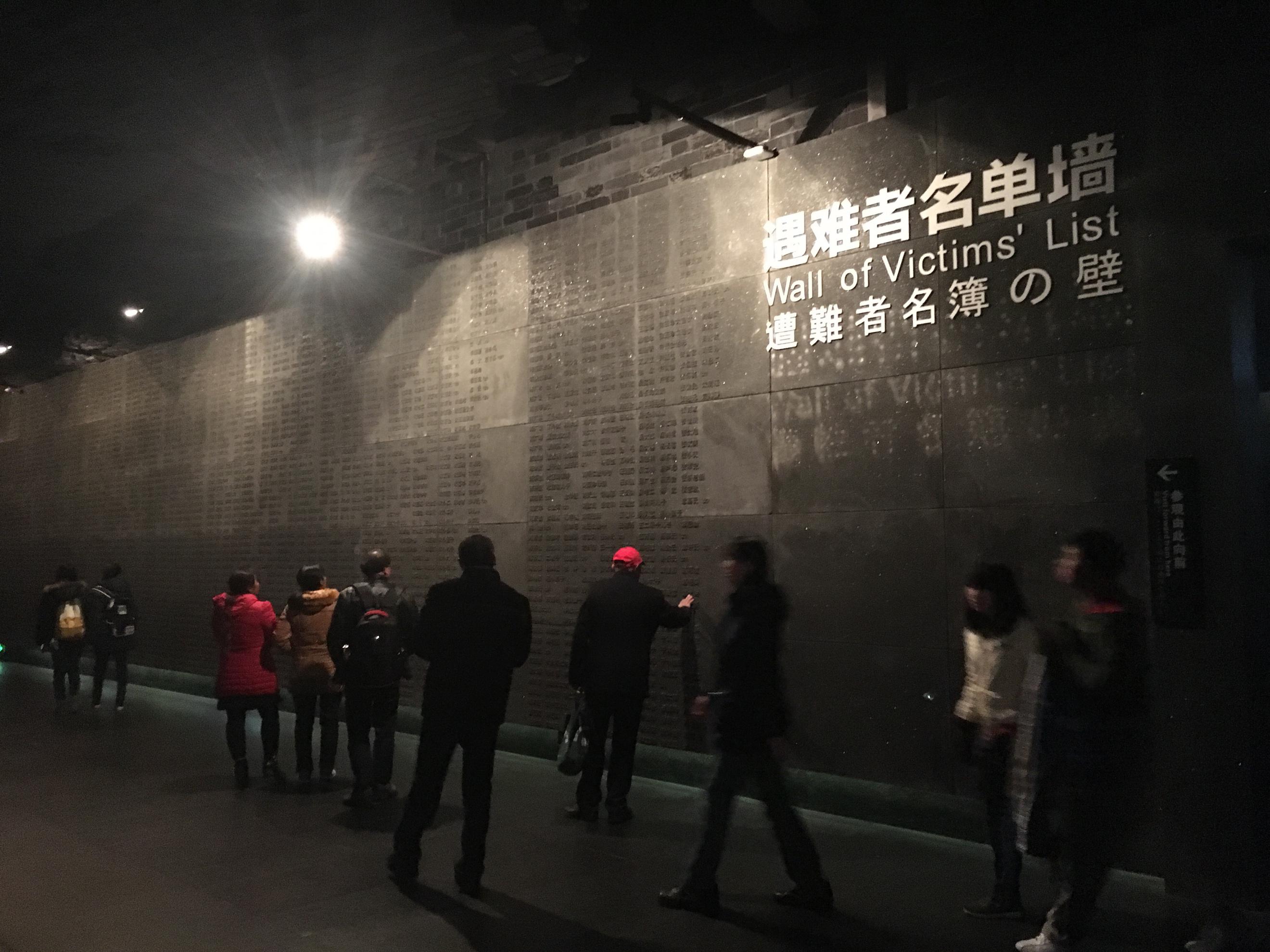 NANJING—Many momentous occasions have occurred in 2016, including the first visit to Hiroshima by a sitting US president as well as the first visit to Pearl Harbor by a Japanese leader. For both the United States and Japan, these visits denote further steps toward reconciliation. As Japan and the United States move past some event of World War II, the people of Nanjing, China, continue to be haunted by the specter of their unresolved history.

Every year on December 13, a siren reminds residents of Nanjing that on this day in 1937, the Japanese army invaded the city. It is estimated that over the course of six weeks, the Japanese army killed 300,000 people and raped more than 20,000. This violence affected men, women, the elderly, and children alike. Unlike most of the world, which recognizes the occupation as the Nanjing Massacre or the Rape of Nanjing, the Japanese denote this act of war as an unfortunate incident.

With survivors to tell the tale and a public demand for recognition, the Memorial Hall for Compatriots Killed in the Nanjing Massacre by Japanese Forces of Aggression, henceforth referred to as the Memorial, opened in 1985. A combination of indoor and outdoor exhibits the Memorial includes pictures, testimonials, footage from the occupation, recorded interviews, recreations of the destruction, as well as actual bones of victims unearthed from mass gravesites.

As Wang Lu, an Hopkins Nanjing Center Certificate student from Inner Mongolia, describes it, the Memorial can be physically upsetting, “I once visited with a female classmate who became sick while walking through the hall.”

Indeed, the entrance to the Memorial takes visitors down a staircase into manufactured rubble of the decimated city. Following this descent through time, the Memorial thrusts visitors away from the modern city of Nanjing and, instead, into a realm of dark memories and uncomfortable truths.

Although many visitors to the museum were unaware of the official visits to Hiroshima and Pearl harbor, some felt that the reconciliation between these two countries was probably nothing more than politics. Lu Wei, a middle-aged man visiting Nanjing with his family saw it as business as usual for governments.

“It’s not a matter of good or bad, it is just something that government officials do.” When asked if he thought the Prime Minister should make a similar trip to Nanjing, however, his seemed less ambivalent, stating, “Of course I want this to happen.” Another woman from the same group emphasized, that this, reconciliation, “must happen.”

Others, though, placed less emphasis on an official visit to Nanjing, “I don’t need him to come here, I just want him to admit that this happened.” A young male guard said. In fact, even though most wished for some type of reconciliation between Japan and China, they were doubtful a visit similar to the ones to Hiroshima and Pearl Harbor is likely to happen.

A group of men touring Nanjing from Inner Mongolia thought that such a visit would help China and Japan to reach a sort of peace, but also stressed that the massacre is one of the “greatest offenses ever committed against the Chinese people. [This Memorial] is for the people of China, to help ease their suffering.”

Chou Hui Zi, who originally requested to be called “a Chinese man” to convey what he perceived as the universality of his statements, similarly emphasized the need for the Prime Minister to acknowledge the past.

“This is a very serious matter, this is not only for reconciliation. They must admit the wrong doing!”

Many echoed these sentiments, gathering in a small crowd as Chou Hui Zi gave his thoughts on the Japanese’s refusal to take adequate responsibility for the occupation. Through much head nodding and words of agreement, a female guard similarly stated that “the Prime Minister must admit that there is a problem in history, this must happen before a reconciliation.”

Wang Lu, the HNC student, likewise agrees that a the Japanese government should admit to the full extent of the massacre in Nanjing. For Wang, the Memorial serves as a reminder of Nanjing’s history.

“Our generation should remember our history,” he says, “Yesterday (December 20), one of the last survivors of the massacre died.” He fears that as the last few remaining survivors pass away, so too will their testimonials about what happened in Nanjing. Although the Memorial tells the stories of the Nanjing Massacre, Wang feels that the overall experience is too depressing. He worries that exhibits like these encourage blind hatred towards the Japanese. He thinks the Japanese should take responsibility for the past, and so would like to see more exhibits about rebuilding peaceful relations with Japan. Accordingly, his favorite part of the Memorial is the white statue of the woman standing at the end of a reflecting pool with the inscription: 和平(heping or peace).

It seems, then, for the people of Nanjing the biggest salve to this wound lies not with an official visit but an acknowledgement of the truth they already know.

Previous post Upheaval in Korea: The Opinions of Young Voters