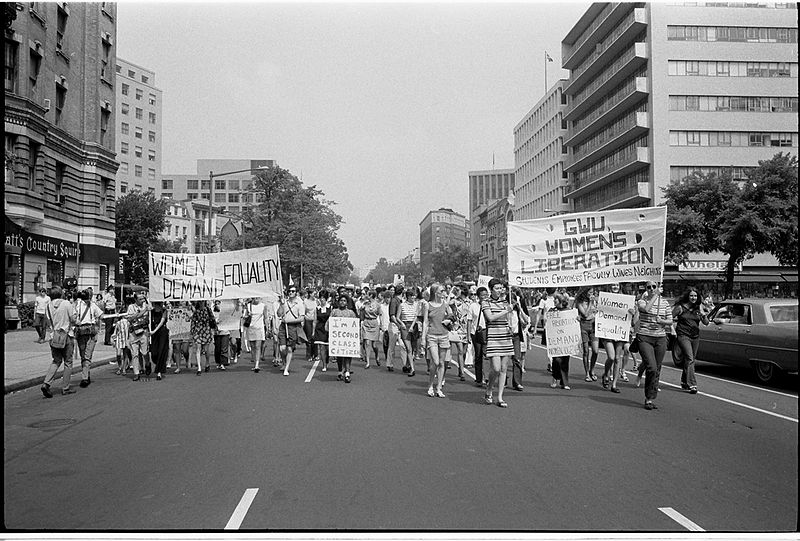 As a young girl, I believed that the fact that my brothers treated me equally to them was the rule rather than the exception. I was privileged to grow up in a family where men and women were considered equals, but I soon realized that this was not the norm.

There is no denying that gender inequality still persists in both developed and developing countries. Today, the global gender gap has been acknowledged by many institutions, organizations and politicians. So why is women’s empowerment taking so long? Why do we, as women, still have to fight tooth and nail for access to the most basic human needs, such as menstrual hygiene products, education or protection against domestic violence?

I think part of the answer is that the feminist movement and those fighting for gender equality have failed to include men in the discussion. Today, “feminism” has become an unpopular word partly because of the way some branches of feminism have positioned themselves in opposition to “male domination,” or the patriarchy that consumes our society. It is true that patriarchy is still very much present; however, men are essential allies in the fight for equality.

Indeed, defining feminism in opposition to the male population not only creates a hostile environment where men do not want to participate, but is also counterproductive to altering preconceived notions of gender. However, the role of men as allies in the fight for gender equality is above all about their efforts to change their own perceptions about gender.

Recently, as I was researching menstrual taboos in Nepal, I realized how awkward and uncomfortable I was talking about menstruation with men, even with those who define themselves as advocates for women’s rights. It made me see that even if some men would say they defend feminism, when you’re talking about an obvious and necessary woman’s right, such as menstrual hygiene, you soon realize that in many men’s minds, feminism has its limits.

Undeniably, this is due to the way we structure societies around perceptions, beliefs and rules on gender differences. Hence, it is only through personally reflecting on the existence of these structures that a man can become a powerful advocate for women.

Feminism is not about women fighting for themselves alone. Feminism is about believing that women and men should have equal political, economic and social rights. This is only possible if men join the conversation.

Chloe Gilot is a French MAIA student in International Affairs and Economics at SAIS. Her thesis “Are Sub-Saharan African women the most successful entrepreneurs in the world?” focuses on understanding how African women successfully overcome barriers to entrepreneurship in the region.

Listening to other people share their opinions on important subjects is one thing that I really enjoy but sometimes find difficult. Catching someone in a candid moment and giving them a chance to share their thoughts and values is rare in an age of constant distraction. Hearing an honest opinion is invigorating, but usually results in me talking too much about myself in response.

This is precisely why I seized the opportunity to write this article; the process has forced me to listen to and consider the ideas of others. However, I first needed to address why I was simultaneously flattered and puzzled by the task of writing about being a good ally to women.

Frankly, I feel like I have no idea how to be an ally. In a struggle that confronts half the world’s population, how does a young man who comes from seven generations of all male offspring offer worthwhile counsel about women’s issues?

Despite this lack of experience, I embraced the challenge, and saw it as a unique opportunity to poke and prod the bête noire of squeamish men everywhere from a place of relative safety. It helps that the international student body of SAIS also provides a range of perspectives I could only dream of back home. I interviewed several SAIS women whose life stories span the entire globe, and whose character, intelligence and creativity represent a glimpse of the best of what our generation has to offer, in the hopes that I could not only learn from their experience, but also figure out if I actually have anything worth saying on the issue.

Fortunately, my efforts were fruitful. In each case, it didn’t take long to find ideas that not only proved very insightful, but also had a remarkable amount in common. Whether their stories spoke to cultural norms whose histories reach all the way back to antiquity, or to accounts of very recent developments in politics, business, and activism, they all centered on a few simple premises.

Just as I am liable to start a conversation with someone else only to spend it with myself, other men would do well to realize that our enthusiasm and energy, even when well-intentioned, can become stifling when they fail to leave space for other perspectives. While our instincts will tell us that women should simply demand our attention and make their voices heard without trepidation, we must remember that ours is a confidence that was nurtured from a very young age; for many women, that same instinct was continuously suppressed.

When we recognize that our agency as men (and the power that comes with it) can be shared without being forfeited, it becomes much easier to solve the world’s problems. When has anyone ever cared where a good idea came from? At the end of another one-sided conversation, I am left with some of the simplest and best advice for alliance that I can offer, and it can be gained in a few short conversations. It is simply this: engage and listen.

Next post Resisting Populism in Europe: Why Political Opportunism Has Emerged and How It Can Be Confronted
The SAIS Observer Staff