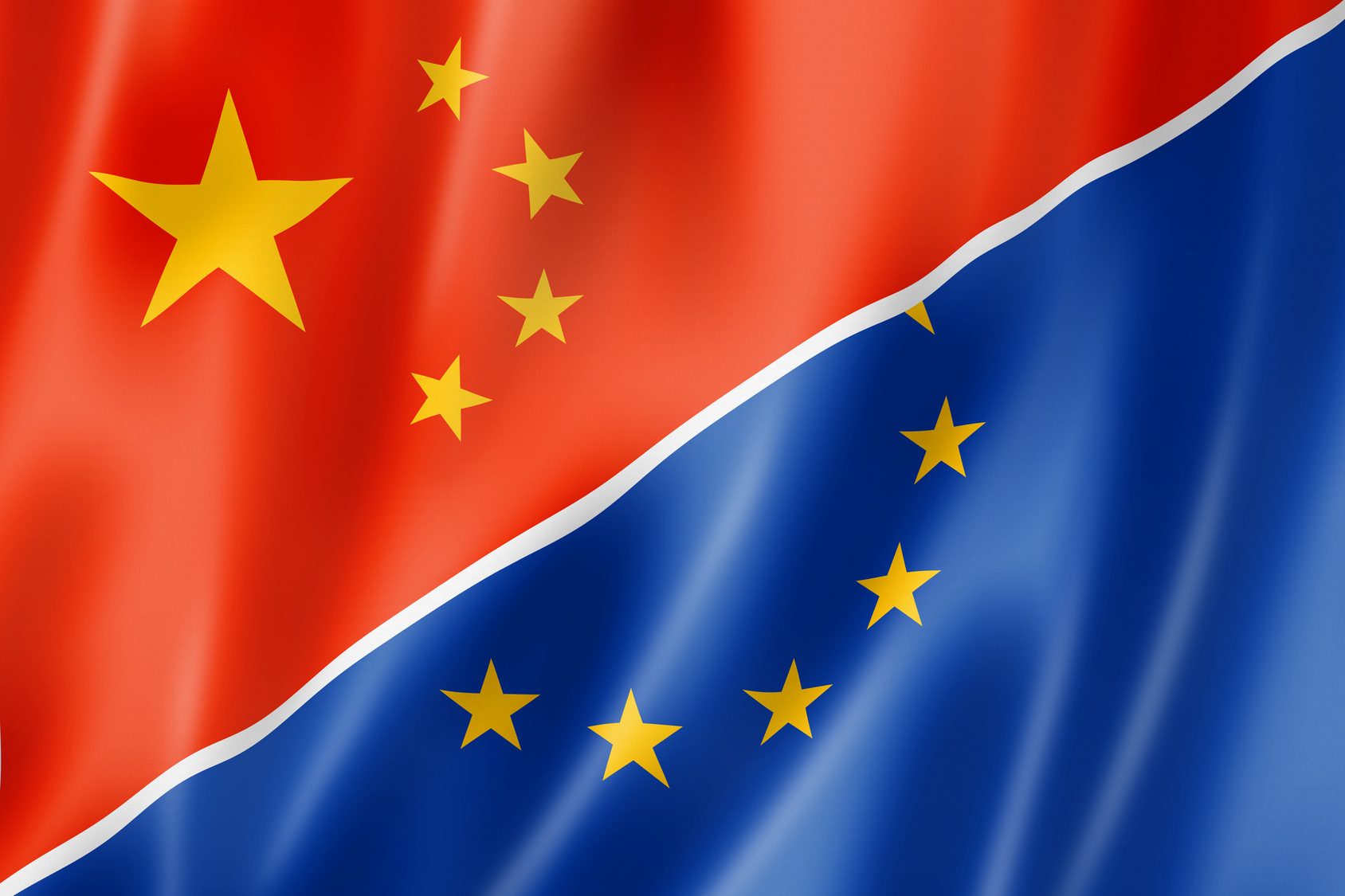 NANJING – On March 9th Climate Home, an online publication focused on the international politics of climate change, published an article titled “China floats split with EU over carbon trading”. Citing Chinese Academy of Science (CAS) vice president and National People’s Congress (NPC) member, Wang Yi, as their source, Climate Home published a number of quotations indicating that China might need to consider a carbon tax in addition to or even in place of the cap and trade program slated to officially launch nation-wide this year.

Wang, not to be mistaken for the Chinese Foreign Minister Wang Yi, is involved in a number of key sustainability and climate change organizations including a Vice Chairship of the International Organization for Standardization’s Climate Change Coordinating Committees (ISO CCCC). His comments cannot be directly interpreted as an official policy change, but they are nonetheless worthy of consideration. Is China preparing to “split” from the EU by abandoning its ETS program in favor of a tax mechanism?

Market based carbon controls come in two main forms: price mechanisms and quantity mechanisms. Price mechanisms, called Pigouvian taxes after the 20th century economist Arthur Pigou, aim to internalize the externalities of markets. For example, it is widely recognized that green house gases (GHGs) have an averse effect on the environment, yet GHG emissions are not included in the costs of the goods and services that produce them. A Pigouvian tax on GHG emissions would levy a tax against the producer that would add the cost of emissions into the cost of production. In this way, the tax is distributed between the producer and the consumer and the government decides how the tax revenue is best used.

Quantity based mechanisms, more commonly recognized as cap and trade programs fix the quanitiy of emissions permitted within a given system. Emittors must buy additional permits if they plan to exceed their allocated emissions from parties who have excess permits. In theory, because the emissions permits are scarce the externality price is internalized when emittors are forced to pay for emissions. The EU ETS set a cap on CO2 emissions for around 11,000 factories and power plants across thirty countries, the idea being that these companies would be able to buy and sell CO2 permits amongst each other—encouraging efficiency and maximizing the productivity of a unit of pollution. In 2013 and 2014 China formally began pilotting its own ETS in Beijing, Shenzhen, Tianjin, Chongqing, and Shanghai and in the provinces of Hubei and Guangdong. According to the International Emissions Trading Agency, in 2014 the pilot programs covered 13.75 million tonnes of CO2 that was priced between 1.75 and 7 euros per ton.

Although the theory behind the EU ETS was solid, in practice results have been much more mixed. The European Commission’s Climate Action Emissions Trading System itself admits that there have been a surplus of trading emissions within the ETS since at least 2009—causing the mechanism to fail to trigger higher carbon prices through scarcity. In a 2011 publication The Carbon Trade Watch succinctly summed up ETS with the statement “the cap does not fit.” In spite of these weaknesses, China’s proposed ETS is modeled after the EU ETS.

The nationwide Chinese ETS, as evidenced in an official notice from the National Development and Reform Commission (NDRC), is to cover all firms in 8 industries and 15 sub agencies that consume more than 10,000 tons of coal equivalent annually. Companies were supposed to release compliance plans to the NDRC in 2016 in anticipation of the 2017 implemenation. The China ETS is seen as a primary example of international cooperation between Europe and China parties, something particularly valuable in a geopolitical arena of climate denial in the White House. Indications from the NDRC reflect that the Chinese ETS will begin this year. Sina News reported that Xie Zhenhua, the former vice-chairman of the Chinese National Development and Reform Commission, announced on March 17th at the Annual Conference on Sustainable Green Transformation at the Paulson Institute that the National ETS would formally come into force this year.

So then what is going on? Why is there an article from March 17th announcing the commencement of the Chinese ETS while there is also an article from March 9th that China may be considering splitting from the EU ETS? Although there are a couple distinct possibilities, the most likely story is rather one of competition behind the scenes between different actors within the Chinese government and the political economy of carbon taxes and carbon markets.

Luckily I happen to live in the same building as a carbon market expert who was also at the Paulson Institute event on March 17th. Dr. Roger Raufer, SAIS Resident Professor of Energy, Resources, and Environment, compared Wang Yi’s comment to a “trial balloon,” referring to the Chinese practice of testing ideas and policy goals through unofficial statements by state officials. From a policy prospective, many people in the government see an ETS and think of the Kyoto Protocol’s Clean Development Mechanism (CDM), which the Chinese utilized to great domestic benefit. An ETS gives the Chinese both something to sell to Europe and provides China with an opportunity to play a greater role on the international stage. A tax, on the other hand, is strictly domestic.

The opportunity cost of exclusively using a tax would be a greater international role and a connection to Europe—both things China would be loathe to forego. Dr. Raufer went on to describe how “there has been a battle going on since at least 2008” over whether China should use a carbon tax or a carbon market to reduce emissions, with the Ministry of Finance (MOF) preferring a tax and the NDRC preferring a market. Viewed as an isolated pair of events, Wang and Xie’s comments appear to be a strange contradiction, but Dr. Raufer agreed this fits with the pattern: “Historically what has been happening is that every time MOF comes out a carbon tax proposal, they get slapped down by the NDRC.” So why would the MOF prefer a tax and the NDRC an ETS? The simplest answer is that the agencies both stand to gain from holding the reigns and potential revenues from the respective carbon control mechanisms.

When asked if Dr. Raufer could see China moving away from the ETS and splitting from the EU, he responded, “First, this political battle has been going on for a long time. Secondly, I think you can say that China is more comfortable with the tax, and will employ it in some manner in the future, as it recently did, revising the pollution levy system into an environmental tax. It’s not a question of either or, there is room enough for both instruments in different sectors and at different scales. It could be that the tax creeps more and more into the areas in which the market is operating, particularly if they are having trouble implementing the market approach. I think China would be very reluctant to give up totally on the market because of the potential international opportunities.

Dr. Raufer’s interpretation of the situation is both convincing and somewhat verifiable. In 2016 Dr. Carla Freeman, the director of the SAIS Foreign Policy Institute, and Bo Li, a research analyst at WRI, authored an article for ChinaFAQs showing that the MOF, the Ministry of Environmental Protection (MEP), the Ministry of Transport (MOT), the NDRC and the State Administration of Taxation (SAT) all agree “that a tax of 10-20 renminbi per ton of carbon dioxide would have a very limited dampening impact on economic growth… and that that a tax on carbon at that level would generate billions of renminbi in revenue that could be distributed to promote energy conservation and emissions reductions.”

Freeman and Li further demonstrate the competition for authority when they point out that individuals affiliated with the MOF and MEP favor a tax under the authority of the environmental levy, while even researches affiliated with the NDRC ague that the simplest solution would be for the carbon tax, albeit one collected by the New Energy Administration (a body of the NDRC). Freeman and Li also show that industry is generally opposed to the idea of a tax instead of a trading market because a tax would stifle growth.

Baidu news searches for the Chinese phrases “China”, “Carbon Markets”, and “Abandon” don’t yield any relevant results about a split from the EU ETS and a turn to a carbon tax. One could blame this on censorship, but it isn’t the kind of news that is censored. Rather, searching Chinese sources demonstrates that Wang’s comments are more likely part of the plan for the future rather than an exclusive story on an imminent schism in a major international cooperation.

In an article published on September 9th, 2016 that states the national ETS has moved into a phase of final preparation before sprinting to deployment (the diction is particularly military). The National Business Daily, a Chinese financial and economic publication, writes that by 2020 when the ETS is more mature expansions can be made including a carbon tax that “relevant ministries are in the process of researching how to implement”. In this case, the suggested carbon tax wouldn’t be symptomatic of a schism, but instead by an addition to a developing framework.

Wang Yi’s comments may not be the tip of the iceberg that will sink the EU ETS’ hopes for integration with the Chinese market, but they reveal a fascinating behind the scenes competition for power among China’s ministries, and of the larger political economy forces behind mechanisms for controlling carbon.

Previous post Resisting Populism in Europe: Why Political Opportunism Has Emerged and How It Can Be Confronted

Next post “The Only Solution for Europe is Enhanced Cooperation”: A Conversation with President Romano Prodi
The SAIS Observer Staff