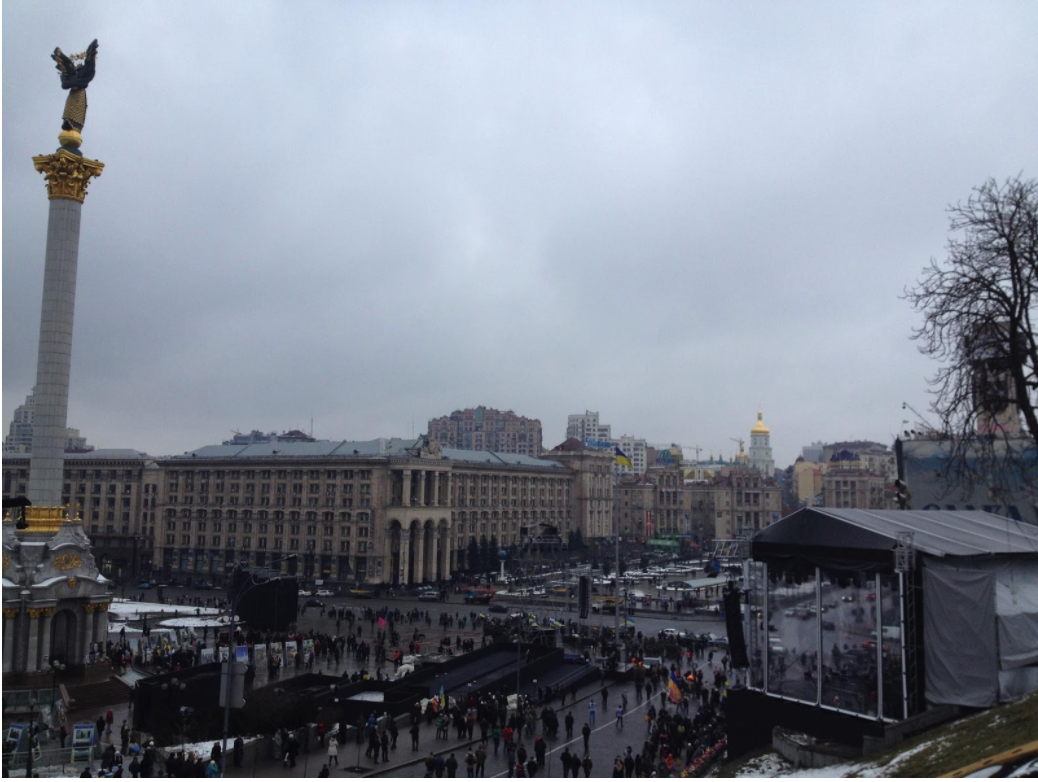 “The fall of the Soviet Union was the single worst event in history,” Russian President Vladimir Putin repeats emphatically in a surge of nationalist pride. Russians the world over share this sentiment with Putin – and with good reason. Russia is bent on resurrecting the USSR by re-establishing its former geopolitical significance.

Russia strategically created the Commonwealth of Independent States with the intention of keeping Russia at the center and maintaining its sphere of influence. Over the past decade, Russia has endured fundamental miscommunication between post-Soviet states, particularly in eastern Europe (Transnistria 1992, Georgia 1990, 1992-1993, and 2008, and Ukraine 2014-present).

Why is Ukraine so important to Russia?

Russia wants access to Crimea for its naval base and control over its Black Sea Fleet. Ukraine is also one of Russia’s largest trading partners, especially in the purchase of natural gas from Gazprom. Thus, when Ukraine drifted towards E.U. membership and closer alignment to the U.S. both politically and economically, Russia felt threatened. Following the EuroMaidan Revolution from December 2013-February 2014 that ousted Putin’s puppet, pro-Russian President Yanukovych, Ukrainians became more nationalistic, pro-E.U., pro-West, anti-Russian and anti-corruption.

Putin acted quickly to keep his firm hold on Ukraine. His little green men effectively annexed Crimea in March 2014, subsequently launching an insurgency and then an asymmetric, hybrid war in Donbas from summer 2014 onward. Russia motivated this as an obligation to help and defend the Russian peoples in Ukraine under the Law of Compatriots of 2010. However, Russia’s actions in Ukraine simultaneously directly violate the 1975 Helsinki Accords to respect the inviolability of borders and the Budapest Memorandum on Security Assurances signed in September 1994 in which Ukraine voluntarily handed over its entire nuclear missiles arsenal in exchange for security assurances from the U.S., Russia, the U.K., China and France. Despite these agreements, the West has been responding to Putin’s aggression through appeasement.

From the Russian point of view, the E.U. and NATO are forms of Western hegemonic expansion onto its periphery. The E.U. and NATO pose explicit threats to Russia by containing Russia, pulling post-Soviet states into the Western sphere of influence and weakening Russia’s power. Thus, a successful Ukraine without Russia and a successful Europe without Russia are significant obstacles to Putin’s regime. ‘Brexit’ signaled fragmentation in the European Union, which Russia anticipates will spread to other European states. To encourage this, Russia has been infiltrating political groups in European nations to support leaving the E.U. Ukraine was promised future NATO membership in 2008, and Putin seized his opportunity to thwart its fulfillment. The Russian military is flexing its muscles in Syria as it experiments with its latest technology and most advanced weaponry. Similarly, Ukraine is Russia’s way of testing its limits geopolitically.

However, these power-plays are not without consequence. Over two million internally displaced persons are scattered throughout Ukraine. A further 500,000 refugees fled from eastern Ukraine to Russia. As a result, Russia instigated the self-proclaimed establishment of the Luhansk People’s Republic and the Donetsk People’s Republic. There is talk of scrapping the Minsk II Agreements, which was largely led by France and Germany and joined by Britain, the U.S., and Russia. The LPR and DPR want autonomy and Ukraine wants the full removal of Russian forces. A compromise remains unlikely.

Ultimately, although Russia’s economy is fragile and declining, the sanctions on Russia are ineffective in preventing Russia from intervening in Ukraine. The Russian people’s staunch, unwavering support for Putin and his actions in Ukraine despite the economic hardships prove that nationalism and projection of Russian power overcome the obstacles. Putin is prioritizing foreign policy rather than domestic growth.

Ukraine may turn into a frozen conflict as the world enters the New Cold War. NATO is deploying troops in the Baltic States and Poland in a strategic maneuver of escalating military involvement to deescalate the conflict. However, neither NATO nor the E.U. really wants to get entangled with Ukraine. Russia continues to sacrifice tangible costs of finances, capital, and materials in return for intangible goods of power, fame, glory, and international recognition. The purpose of Russian aggression is clear, to acquire strategic space and reclaim Novorossiya (New Russia).

Next post The U.N. Does Not Just Take Up Space
The SAIS Observer Staff