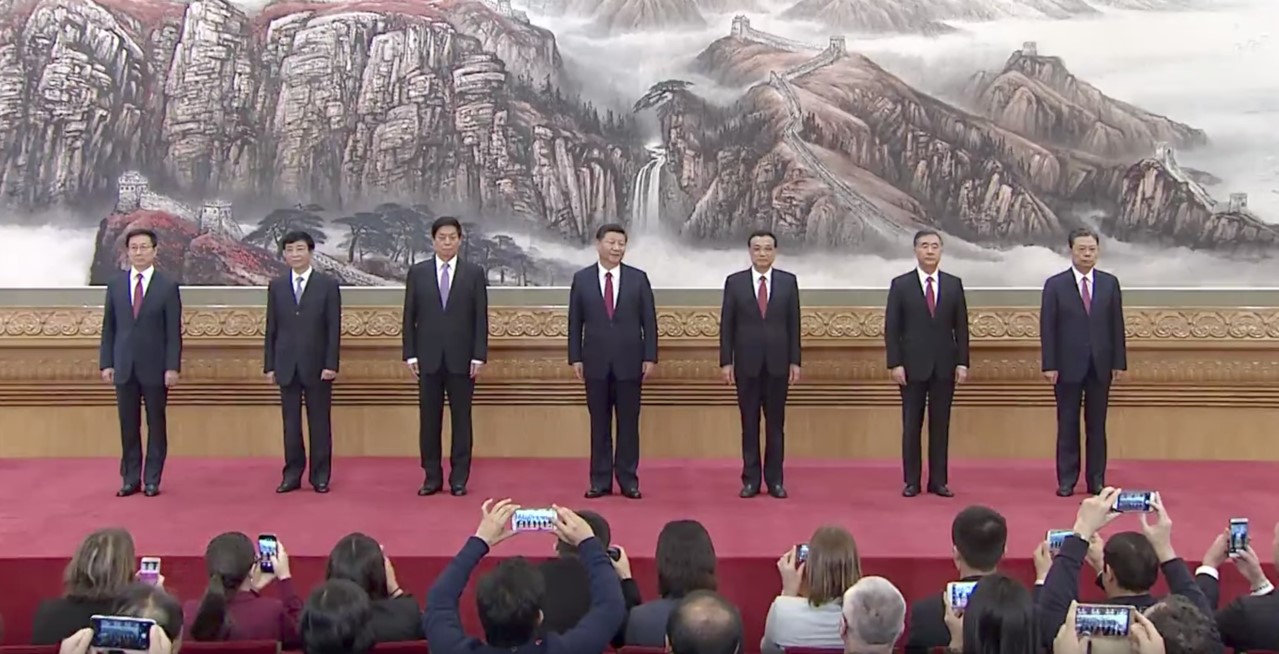 Nanjing – China’s National Day, October 1, passed with surprisingly little fanfare. In Nanjing, the only noticeable change was the addition of Chinese flags adorning the streets. The real excitement was being saved for a much more important event taking place nearly three weeks later.

On October 18, the Communist Party of China (CPC) began its 19th National Congress in the Great Hall of the People in Beijing. Every five years, CPC delegates from across China meet to confirm the party’s new leadership and introduce the agenda for the next five years. It is China’s most important political event.

Speaking for more than three hours, President Xi Jinping opened the week-long congress with a report recounting the party’s achievements over the past five years and announcing to the world that China is entering a xin shidai, or “new era” under his leadership.

This year’s party congress was particularly important because large turnover at the highest levels of political power offered Xi the chance to fill key roles with his supporters. “China watchers” around the world spent months speculating about what this party congress would signal about Xi’s consolidation of power.

Those anticipating an impressive rise in Xi’s power were not disappointed. Two party congress outcomes in particular confirm that Xi Jinping is the most powerful Chinese leader since Mao Zedong.

The first concerns the composition of the party’s Politburo Standing Committee, the innermost sanctum of political power in China. In recent decades, CPC leaders have abided by an informal rule requiring them to be below the age of 68 when assuming office. Over the past few years, many China experts have speculated that Xi would attempt to break this precedent and stay on for a third term as the party’s general secretary.

When the party unveiled the new Standing Committee on October 25, it became apparent that Xi planned to do just that. Five new men joined Xi Jinping and Premier Li Keqiang on the PBSC, but none of them will be young enough to succeed Xi as a two-term general secretary at the end of Xi’s tenure.

“Because there will be no mature, properly experienced CPC leaders of great standing ready and waiting to take over from Xi at the next Party Congress in 2022, Xi Jinping’s leadership of the Party and Nation may be still ‘required,’” said David Arase, Resident Professor of International Politics at the Hopkins-Nanjing Center.

The omission of a clear successor from the Standing Committee would alone be a huge break from the norm, but the most significant outcome of the party congress was the amendment of the party constitution to include “Xi Jinping Thought on Socialism with Chinese Characteristics for the New Era.”

While it’s customary for party leaders to have their own contributions included in the party constitution, in recent years, leaders have not had their names attached to them. Xi is the first leader since Mao Zedong to have his own eponymous sixiang or “thought” added to the Party Constitution. Among many other significant additions, Xi Jinping’s signature foreign policy initiative, “One Belt One Road” also made it into the party constitution. This will have a significant impact on China’s role in the coming years for the rest of the world.

Summing up the 19th Party Congress, Professor Arase said it best, “The rest of the world must today take very seriously the possibility that Xi’s mission to achieve a China-centered world order and perfection of ‘socialism with Chinese characteristics in a new era’ by 2049 will define the global agenda for another 15-20 years.” The inclusion of Xi Jinping Thought into the party constitution elevates Xi to a level of power and status not seen since Mao, and more importantly, it means that even if Xi does not extend his tenure as CPC General Secretary past the customary two terms, his influence will continue to shape and guide the party for years to come.

Brian Hart is a staff writer at the Nanjing Bureau. He is currently completing his Certificate in China Studies at the Hopkins-Nanjing Center before starting at SAIS DC next fall.