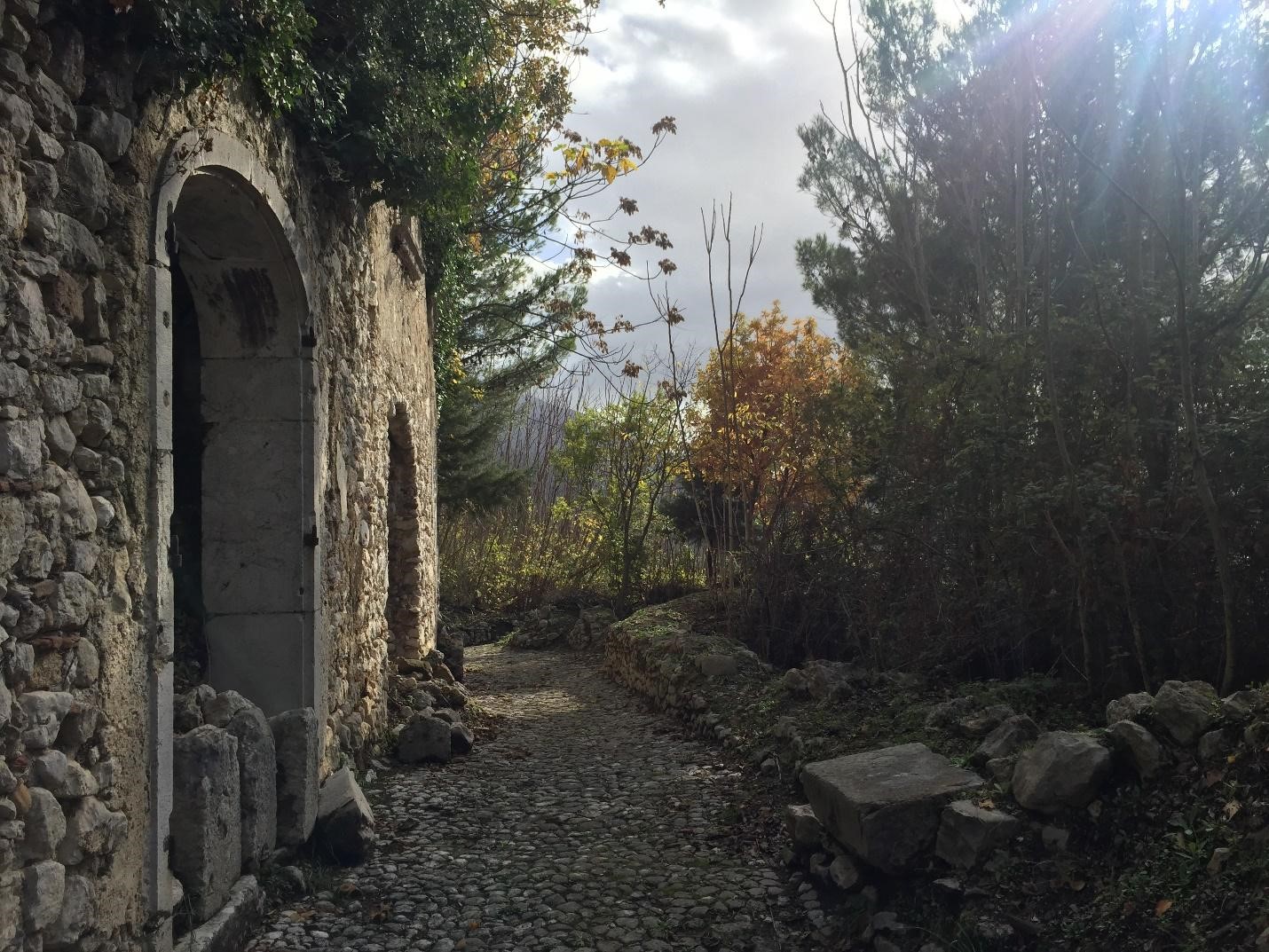 A ”Staff Ride” is a trip provided for participants to conduct a case study at the site of a major event. It contains three parts: a preliminary study, a site visit, and a post-visit debrief. Strategic Studies students at the SAIS Europe campus coordinated a staff ride to the hollowed grounds of Monte Cassino. On the weekend of November 24th-26th, SAIS students and faculty educated themselves on how various factors, such as the strategic value, complexity, challenges in leadership and terrain affected military operations.

Monte Cassino was the scene of arguably the most bitter fighting of WWII.  The constant barrage of airstrikes and artillery shelling lasted four months and included four separate offensives to break the German “Gustav Line,” leaving the area wracked with lasting damage.  The organizers of the staff ride sought to examine this battle because of its importance in the Italy campaign. I interviewed the leadership team to gain further insight into the planning and execution of the staff ride and whether the planners achieved what they set out to do.

T.J.: Welcome back from the trip! My first question for you is, what made you plan this trip?

Zeke: (Zeke Schumacher, SAIS MA student) In the Strategic Studies program here in Bologna, we are a long way away from Washington, but when we told them about this trip, they were helpful with the trip. Staff rides to battle sites are common at SAIS DC, but are not over in Italy.  Our purpose was to establish the tradition here.

Sebastian: (Sebastian Dannhoff, SAIS MA student): We feel that academically, our Strat program is on par with DC, but we’re not as active with our extracurricular learning experience.  Noticing this deficiency, we took it upon ourselves to build this staff ride, so that we’re getting a parallel experience to our DC peers, and to provide those outside Strat with an interactive experience.

Mike: (Mike Marrone, SAIS MA student and former Captain, US Army): If you’ve never been to war, it’s difficult to identify with the terrain, defensive positions – to include natural and manmade obstacles, impacts of weather, and other barriers that affect military movements, maneuvers, and tactics. The staff ride offered students the opportunity to analyze the terrain, and see firsthand the effects on the ground as it relates to strategy and operations.  Essentially, the staff ride transformed what we read in books to the physical and tangible aspects of warfare that affect so deeply the challenges and decision-making of military planning at all levels of operations.

Veronica: (Veronica Trujillo, SAIS MA student): Just to say, this was not just a Strat thing, this was open to everyone.

Zeke: We came in with no idea of what a SAIS staff ride looked like. Dr. Karlin, the Assistant Director of Strategic Studies at SAIS, took the time to explain the process, placed us in touch with the right people and even helped us financially for the trip. We are deeply grateful for her mentorship and assistance.

T.J.: Were there any surprises during the trip?

Veronica: Pleasantly surprised with how many non-Strat concentrators participated. 24 students participated, and among them we had four military veterans.

T.J.: Did the veterans add value to the trip?

All: Yes. They provided unique context into the inner-workings of all warfighting functions*, explained in detail the level of coordination required to pull off such a difficult battle, and added a lot of value to the trip – they turned it from a field trip to a staff ride.

Devan: Also, our guide, Dr. Danila Bracaglia, was so invested into our experience. She was so important to the success of this trip because unlike most staff rides, we didn’t have faculty to accompany the ride. Her knowledge filled that gap.

Sebastian: Pleasantly surprised by the degree of preparation and participation by all students, especially the non-native English speakers (there were nine non-native speakers from China, South Korea, Italy, Germany, Uruguay, India and Mexico). Each student was assigned a role to research and brief to the participants.  Everyone read ahead and gave quality briefs.

Zeke: We were surprised by how long everything took, but it’s a good thing. We ran behind because of the engaged interaction between all members of the staff ride.

During the trip, the team visited the Monte Cassino monastery, the site of the controversial Allied bombing campaign that destroyed it.  Following the exhibit at the monastery, the team visited Point 593. Point 593 is the highest ground surrounding Monte Cassino, the Polish War Cemetery, and the Rapido River, which divided the Axis and Allied forces in the Liri Valley and San Pietro (the village destroyed by Allied forces as they sought to wrest control of the high ground and break the Gustav Line). After four devastating months, the Allied forces finally broke the Gustav line and eventually made it to Rome to liberate the city.  I had one final question for the planning team.

T.J.: Did this trip accomplish what you intended to achieve?

Sebastian: It exceeded our expectations; we were able to create a baseline for future Bologna-based trips, making this easier in the future.

Devan: We’re being very intentional with feedback, notes, lessons learned from the trip, so we can further refine the process.

Veronica: It was really successful in getting people out of the classroom and putting them in the roles and mindsets of leaders – you can’t learn that element in a classroom.

Mike: It wasn’t just about Strat – we had representation from several concentrations. This staff ride has relevance to nearly all concentrations in one way or another at SAIS.

Zeke: Trying to think of this battle as a nexus between much bigger considerations that led up to the battle, and proceeded from it.

In unison, all agreed that the staff ride was “worth it.”

As a participant and a veteran, I concur with the planning team – the trip was worth it.

T.J. Sjostrom is the Deputy Editor-in-chief of The SAIS Observer and a first year European and Eurasian Studies concentrator at SAIS Europe in Bologna, Italy.