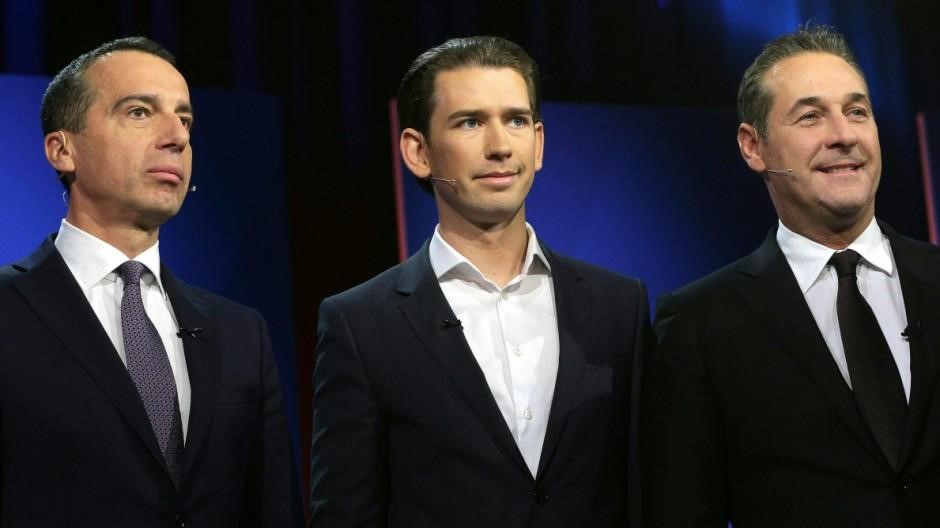 Bologna: Sebastian Kurz, the 31-year-old Foreign Minister, leader of the Christian conservative party, and presumptive Chancellor (Prime Minister), is victorious after a rise in support for his party and a sharp shift towards anti-immigration politics. In many ways, his success is a continuation of two current trends in Europe: a surge of support for new parties and a similar wave of appeal for right-wing parties.

Kurz consolidated his success with a unique three-step strategy:
Step 1: With one foot in government, you simultaneously shake your fists as the unofficial leader of the opposition.
Step 2: With a wide step to the right, turn your mainstream party into a personality cult.

Step 3: Do so with a soft tone, move graciously and remain well mannered.

It is almost a waltz, of which Step 2 has been perfected by then-candidate Donald Trump. Step 1 appears to be the main agenda of today’s President Trump, and unfortunately Step 3 will forever be out of his range of movement.

So, how did we get here?
Originally, the Austrian grand coalition government, which was formed by center-left Social Democrats and center-right Christian conservatives, supported the “Welcome Refugees” mentality of the public in 2015. Kurz, then Minister of Foreign Affairs and Integration, stayed silent and unsupportive – until the public’s openness seemed to turn sour. Immediately, Kurz became one of the chief critics of his own government’s policy while – as we learned from a series of leaks – preparing to oust his own party leader and take over. His predecessor left of his own accord and Kurz indeed took over.

ÖVP, the Austrian People’s Party, even changed its name to “List Kurz.” The party color switched from conservative black to minty turquoise and the classic Christian conservative party platform warped into an anti-migration messaging machine. With his new brand, Kurz gained support from the youth, as now one of their own could actually rise to the highest office in the country.

The other party in the coalition, the Social Democratic SPÖ, also had a fresh candidate who had just been Chancellor for the last 16 months. Christian Kern, former CEO of the Austrian Federal Railways, enjoyed high popularity before Kurz’s sudden rise: on the right for his business acumen, the center for his humor and rhetoric and the left for his role in sending Austrian trains to Hungary, helping to create a safe pathway for refugees. But, his campaign was derailed by scandals and mistakes. In particular, his choice of advisor, an Israeli campaigning expert who – as we learned from recent leaks – created Anti- and Pro-Kurz fake news sites with the hope of stopping his rise. This created a perfect storm in a country that has tried with limited success to get rid of its anti-Semitic muscle memory.

The far-right FPÖ achieved their second-best results ever. For a while, they appeared worried that Kurz was turning into a carbon copy that outpaced the original by bringing their positions to the mainstream. Now, Kurz and FPÖ are working on forming a coalition, no doubt to the horror of the E.U. leadership, who in the past have expressed concerns over such an arrangement. Angela Merkel, representing Kurz’s sister party in Germany, decidedly ruled out any cooperation with right-wing parties.

The smaller parties in Austria also experienced an earthquake: Peter Pilz, founding father of the Greens, and now part of the Corbyn-Sanders cabal of “almost retired mavericks,” created a new party and eradicated his former creation. However, since the election, a sexual assault charge has led to him stepping down. The Greens, a year after getting their candidate elected as President, have less than 4 percent support and are likely out of parliament, while the liberal NEOS have stabilized after only joining Parliament in the last election.

It is unclear where Austria’s reckless dance with the far-right will lead, but as with many parts of Europe, things seem to be spinning out of control.

Next post How to resolve the North Korean nuclear issue: growing concern but little consensus between China and South Korea regarding the role of the U.S.
The SAIS Observer Staff