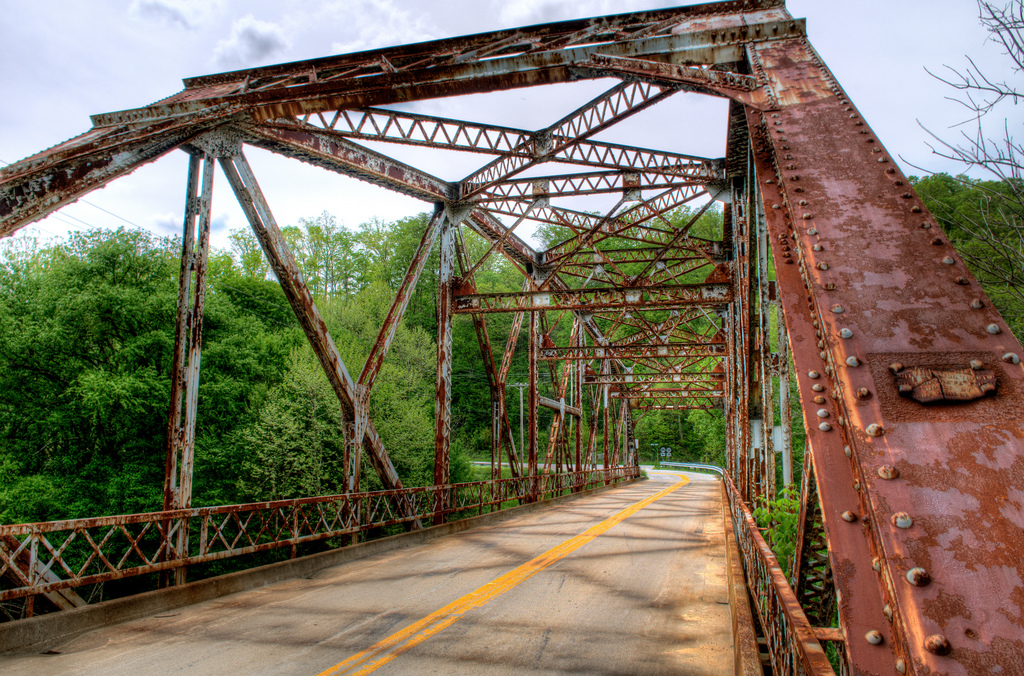 Washington: How to respond to the threat of failing infrastructure in the United States? Have no fear, dear Americans, for President Donald J. Trump is here, and he has a plan to “Make America Great Again.” In his State of the Union address to Congress on January 30, 2018, Trump reiterated his commitment to improving infrastructure.

President Trump first unveiled his plan to invest USD $1.5 trillion in the nation’s infrastructure on February 28, 2017, in his first speech to a joint session of Congress. In 2017, the American Society of Civil Engineers (ASCE) summarized the state of U.S. infrastructure succinctly, rating it a D+. Roads are littered with potholes, bridges are sagging, dams are collapsing, power outages are occurring, airports are congesting, rail and transit systems are failing, schools are being defunded, and drinking water is increasingly contaminated. Suffice to say, the state of the union is not strong.

What few people remember is that President Barack Obama addressed this national issue first. He proposed a budget back in 2011 to allocate USD $5 billion per year over six years to establish a national infrastructure bank. This bank would fund transportation, energy, and water infrastructure projects. Loans made by the bank would be matched by private sector investments, and each project would generate its own revenues to ensure repayment of the loan. The U.S. National Infrastructure Bank would focus on nation-building and reconstruction at home and serve as a catalyst for private investment. In this manner, the National Infrastructure Bank would resuscitate the bank as a vehicle for reinvestment and bolster bank approval ratings.

In terms of structure, the U.S. National Infrastructure Bank would be owned, but not operated, by the federal government. This framework is similar to the World Bank and the European Investment Bank. Ideally, the National Infrastructure Bank would have a capital base of USD $50-$60 billion, and would insure bonds of state and local governments as well as issue 30 to 50-year bonds.

The mission of the proposed U.S. National Infrastructure Bank is to use public-private partnerships to finance infrastructure projects in the United States and provide direct federal investment. The National Infrastructure Bank would also foster coordination through state, municipal, and private co-investment in the nation’s physical capital. According to the American Society of Civil Engineers (ASCE), the U.S. needs USD $2.2 trillion of investment for infrastructure, with priority in highway and rural infrastructure. China (9% of GDP), India (9% of GDP), and Europe (5% of GDP) are investing heavily in their infrastructure; the U.S. (2% of GDP) must invest more to maintain global competitiveness, ensure quality of life, and create American jobs.

The National Infrastructure Bank enjoyed widespread support from various corners, including the Departments of Treasury, Transportation, Commerce, and State, Senators Mark Warner (D-VA) and Roy Blunt (R-MO), and national organizations such as the U.S. Chamber of Commerce and AFL-CIO. At the state and local level, Governor of New York Andrew M. Cuomo and Chicago Mayor Rahm Emmanuel introduced initiatives similar to the infrastructure bank.

In May 2017, Senators Mark Warren (D-VA) and Roy Blunt (R-MO) introduced the Building and Renewing Infrastructure for Development and Growth in Employment (BRIDGE) Act to create a national infrastructure bank and improve the nation’s transportation network, water and wastewater systems, and energy infrastructure. The BRIDGE Act is co-sponsored by seven senators who support this bipartisan bill for the good of America.

While there is bipartisan support, more congressmen need to get on board. Congressmen, not just in the Senate, but also in the House, need to come together and get this sorely-needed infrastructure bill through. Congress passed the BRIDGE Act in 2015 and it was reintroduced in the Senate in 2017. It is currently awaiting the Senate’s delayed action. Trump has delivered his speeches. Now, it is high time for Congress to get its act together and invest in America’s infrastructure.

Next post Dating at SAIS Bologna
The SAIS Observer Staff

By Cecilia Panella WASHINGTON — The Alexander Hamilton Society will be hosting a lecture on Tuesday, March 12 with Dr....

By Cecilia Panella WASHINGTON — On March 7, the SAIS Careers in Diplomacy Club will be hosting Egypt’s  ambassador to...