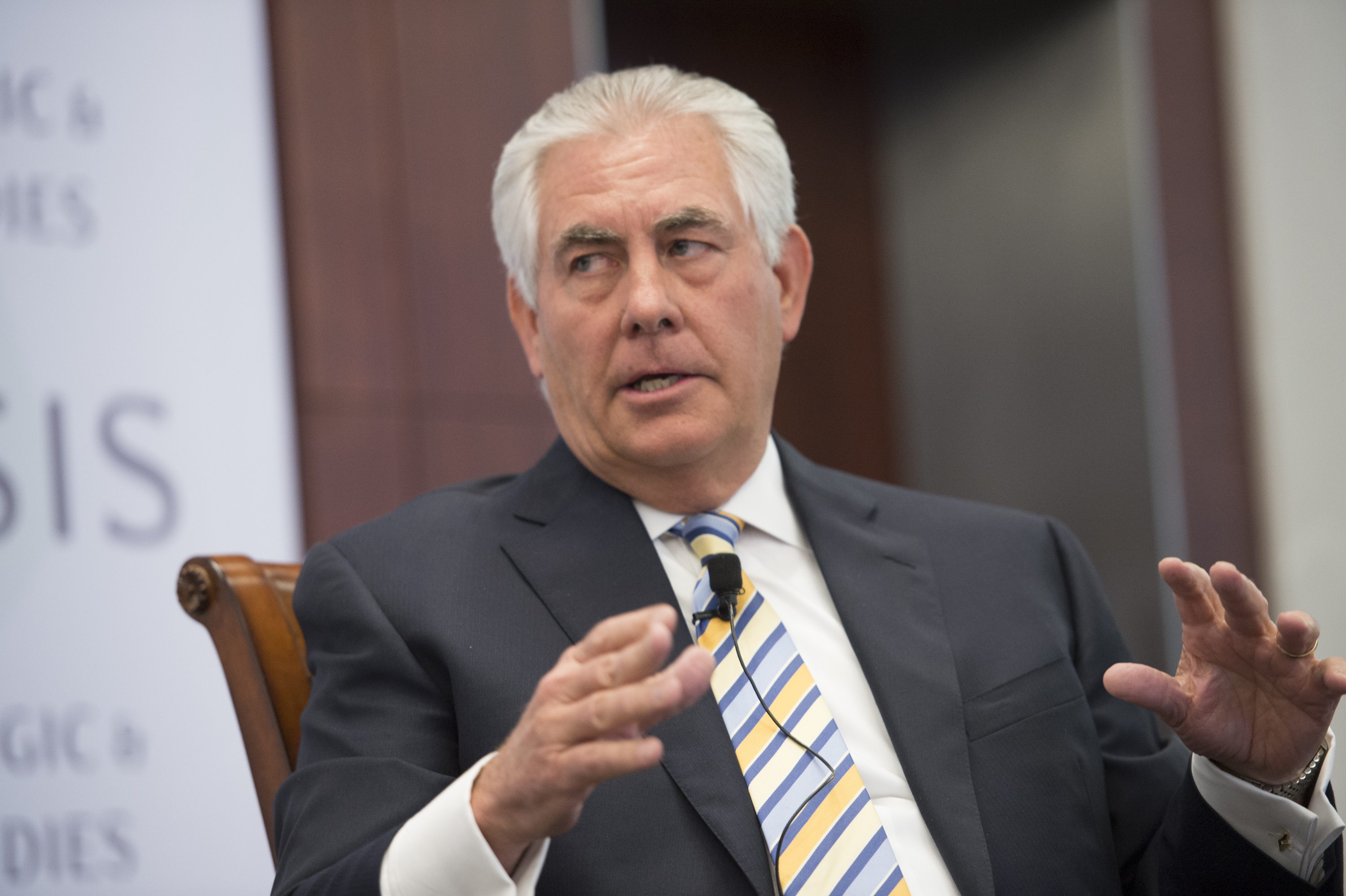 Washington: Rex Tillerson, whose barbecue-laced baritone will surely be missed more than his actual work, has become the latest victim of the ongoing governmental game of musical chairs. As many people, including our own Dr. Eliot Cohen, have already written extensively about Rex Tillerson’s leadership of the State Department, and the reasons he was fired, I shall not pile on. Instead, I want to consider what Tillerson, and his departure, mean to us here at SAIS.

Let’s start at the Foggy Bottom of things: the Trump administration has turned the State Department into Myspace circa 2011 – all the money, attention and popularity are gone. Tillerson has been responsible for a 31 percent budget cut, a plan to cut 10 percent of staff in both the foreign and civil service, and a hiring freeze. Many key positions have been left unfilled, from the Ambassador to South Korea to the Under Secretaries for mildly important areas including  “Arms Control and International Security.”

While it is still unclear whether Secretary Tillerson was a defensive or offensive realist, we can be sure he was a staunch optimist. He clearly viewed his former department as half-full, not half-empty. For SAIS, however, this means that a major employer of our alumni suddenly lost interest in our services. But why?

In response to the staffing hole at State, Donald Trump, summoning the megalomania of Louis XVI, declared, “I am the only one that matters.” No need to hire political outsiders with their so-called experience or expertise. Tillerson agreed that the State Department should be downsized, but expected to at least have some influence on foreign policy himself.

Tillerson and Trump, however, had a weird and disconnected relationship. They disagreed on a number of policy issues that SAISers know well: Russia, the “will he/won’t he” around negotiating with North Korea, Russia, the Paris Climate Agreement, Russia, Iran and Russia.

At this point, I don’t see a case for #Russiagate, and I do not believe that it is the reason for the strange relationship between POTUS and his chief diplomat. Instead, it is a tenet of this administration that is becoming increasingly more obvious: Don’t disagree with the man at the top. Critical thinkers need not apply. James Comey, Gary Cohn, Sally Yates and Sean Spicer already learned this lesson. Attorney General Jeff Sessions, Lieutenant General H.R. McMaster, and General John Kelly might be next. In the meantime, they do their best Arya Stark impression and say, “Not today!”

#REXIT is the most public symbol of the management deficit within the Trump administration. Tillerson was constantly contradicted by the president on Twitter, hit with policy shakeups out of nowhere, lacked key staff, and had a hard time attracting serious policymakers to the department.

In the early days of the Trump administration, there was debate over whether SAIS students and graduates should work there. That was clearly the wrong question. Instead we should be asking, “Does the administration even want our best and brightest?” The answer appears to be no. Fewer jobs, fewer internships, unfilled key positions, a lack of interagency cooperation and proper feedback loops to the White House, a president uninterested in his agencies advice and a secretary untrusting of their purpose. Everything speaks to the same message: no help wanted.

The very concept of SAIS, and other programs like it, is being publicly ridiculed by this administration, and our curriculum is viewed as a joke. An understanding of international economics is meaningless when a 25 percent steel tariff  “sounds good,” while economic experts feel pressured out of the administration. Regional knowledge is worthless if those places are “shitholes” anyway. Who needs development experts when aid has been cut by a third? Energy is something the President has thanks to cleaning coal and we even get to “keep a little bit” of the environment. International law and organizations rank far behind “America First.” Conflict management and American foreign policy are being run by Trump himself, so save yourself from a future of indebtedness: the U.S. government does not want your know-how.

Like his name-sake, Rex Tillerson’s extinction was long in the making and caused by chaotic forces out of his control. But the Tillerson era at the State Department is a representation of the Trump administration as a whole: a metaphorical middle finger pointed at us – the students of “Deep State U”. It is not a question of partisanship – there are smart, dedicated, well-trained policy staffers with a broad range of views and political affiliations. Through Tillerson, Trump has told them collectively that their abilities are a waste of taxpayer money.

So, dear SAIS students, it pains me to tell you what deep down you already knew: He is just not that into you.

Phil Kamper is a 2nd-year American Foreign Policy concentrator. He’s a Euro-trash political hack, a big fan of the U.S. and a lowly bar entertainer. You can find him on Twitter at @Hi5_Phil.

Next post Collusion or Just Bad Business? Behind the Scenes of Deripaska and Manafort
The SAIS Observer Staff