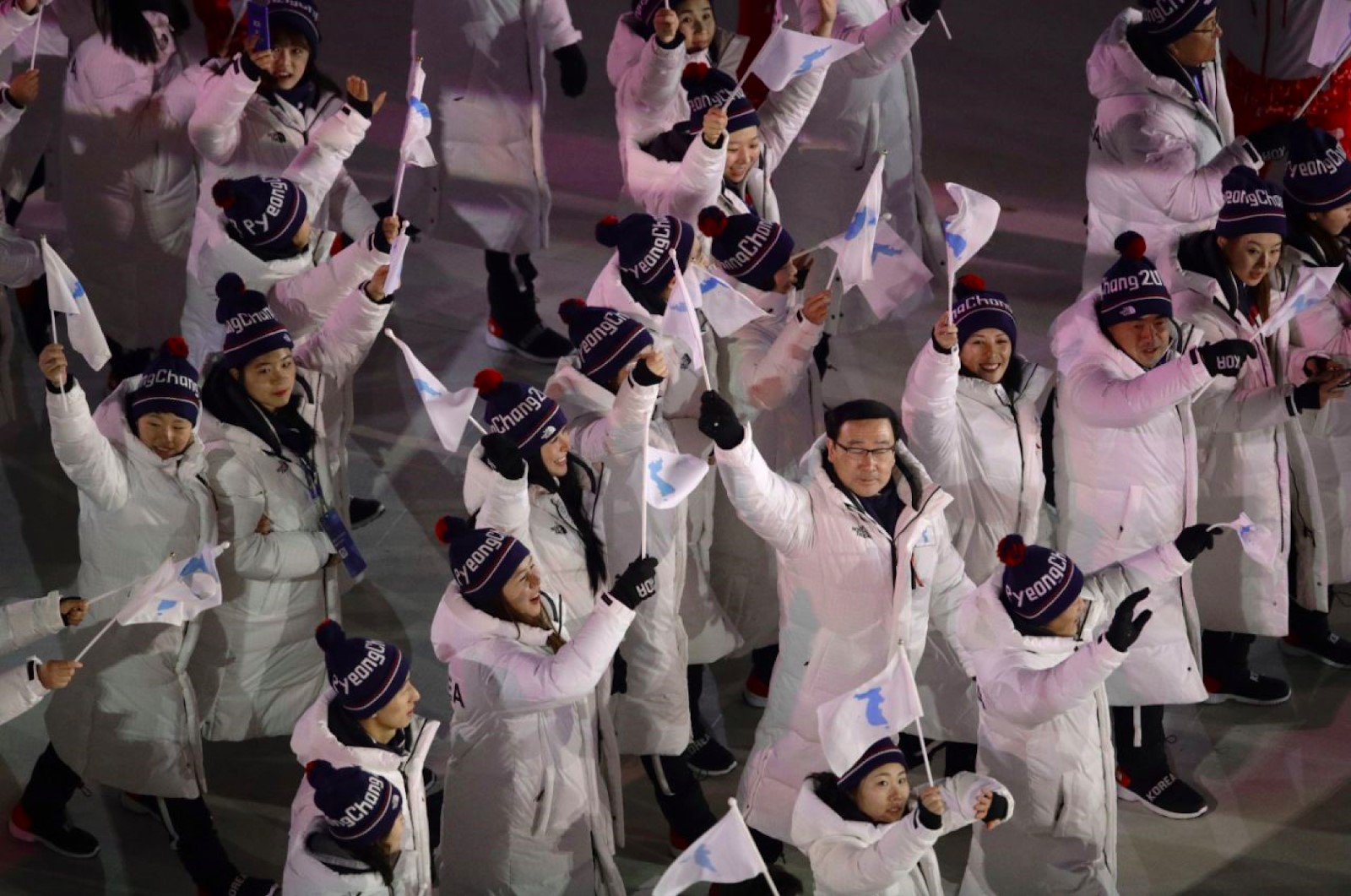 Pyeongchang: Aside from being perhaps the coldest Winter Olympics on record, the 2018 Pyeongchang Winter Games were historically significant for another reason. For the first time in more than ten years, North and South Korean athletes marched under the same flag.

There has been a lot of media speculation about the significance of a united Korea at the Pyeongchang Winter Olympics. Was it a sign of thawing relations between the two nations or was it all just part of a North Korean ‘charm offensive’ to distract from the real issues at hand?

In the opinion of Jang Jae-wook, a 24-year old preparing for the public service exam, “It all seems like a lie. It seems like on the surface, North Korea is pretending to be friendly and acting like it wants reconciliation, while behind the scenes it keeps developing nuclear weapons. It was like that in the past, so I can’t trust that North Korea would do anything different this time around. It seems like because the North Korean regime is under increasing international pressure, it is trying to put on a show to try to reduce some of it.”

However, not all young South Koreans have such a negative outlook. Ahn Ju-yeon, a first-year student at the Hankuk University of Foreign Studies stated, “seeing the North and South Korean athletes enter together as one team under the flag of a united Korea made me feel like reunification may not be that far off after all.”

Kim Ga-young, a high school senior, echoed similar sentiments. “Watching Germany’s entrance during the opening ceremony made me feel jealous that East and West Germany were able to reunite before the two Koreas. I hope that through frequent joint participation in international events, North and South Korea will also achieve reunification.”

Some young South Koreans like Hwang Hye-jung, a first-year student at Korea University, had mixed feelings. “To be honest, at first I felt really disappointed. It was the first time that South Korea hosted the Winter Olympics, but the South Korean team couldn’t even bear its own flag. Still, I also felt that through the united flag, it was clear that the 2018 Pyeongchang Winter Olympics were more than just a simple sports competition to North and South Korea. Instead, they were an opportunity to come together as one.”

During the Pyeongchang Winter Olympics, Kim Yeo-jung, the sister of the North Korean leader and a special envoy to the Games, delivered a letter to the South Korean President Moon Jae-in, creating the possibility that President Moon may make a visit to North Korea.

Lee Jae-hoon, a 27-year old preparing for a working holiday in Australia, is a staunch believer in Korean reunification. He believes that President Moon visiting North Korea is just the first step. “Former presidents Kim Dae-jung and Roh Moo-hyun visited North Korea in the past, and it resulted in some sort of development in relations. However, exchange with North Korea under these administrations only lasted for ten years, and ten years is a really short amount of time. Therefore, President Moon visiting the North is very important, but future presidents continuing this kind exchange is also important. North Korea is a dictatorship, so things will probably stay the same, but in South Korea, a new president is elected every five years. Thus, regardless of whether the next president is a liberal or a conservative, he should continue exchange with North Korea in order to see continued development of relations.”

President Moon has yet to explicitly accept or decline the invitation and many are still unsure whether tension on the peninsula will return to pre-Olympic levels. Nevertheless, the warming of inter-Korean relations has provided a glimmer of hope for all those who dream of reunification.

Sarah Heywood is a staff writer at the Nanjing Bureau. She is a HNC Certificate/SAIS MA student currently completing her Certificate at the Hopkins-Nanjing Center before starting at SAIS DC next fall.

Next post Wheels of Chaos and Convenience: Dockless Bike-Share
sgrosve2