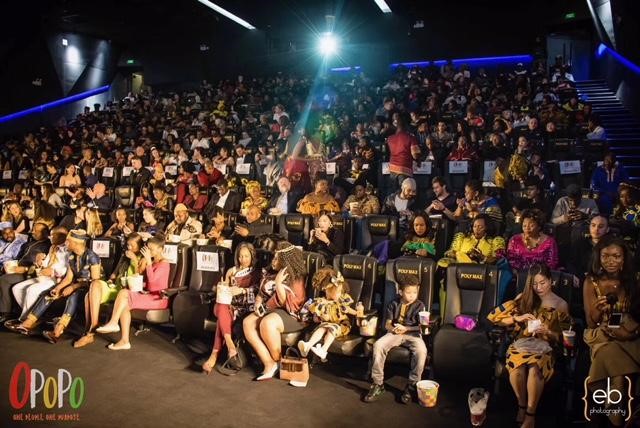 NANJING — I arrived in China as the Spring Festival came to a close, excited and hopeful for the new year.  In February, China displayed a cringeworthy skit about Africa during their annual Lunar New Year Gala television program, in which a Chinese actress used blackface to portray an African woman who proclaimed her love of China, but I was optimistic about 2018, especially on the brink of “Black Panther” premiering in China. As I stood outside waiting for my Didi (the Chinese Uber) on a frigid day in February at the Shanghai Pudong airport, I gazed across the platform and encountered what I thought was a dream, a massive “黑豹” (“Black Panther”) promo poster. I was inspired, having never seen a black body displayed so freely in China before. Four weeks later, “Black Panther” entered the Chinese film market.

As expected, the film crushed box office numbers, surpassing $1 billion worldwide. Both African and African-American communities flocked to the theaters to witness this historic moment in China: a film with a black villain, a black superhero, black women heroes, and a black director. Wakanda-themed celebrations flared up all over China from Xiamen to Shanghai to even here in Nanjing, with Chinese and foreign attendees. The Chinese audience have watched Hollywood films for years. However, films featuring a black narrative with majority black characters are uncommon. Thus, the question that failed to escape me after watching the film was, in a nation with so few black people, why was “Black Panther” released in China?

The founder of China Film Insider and Hopkins-Nanjing Center alum, Jonathan Papish, shared that  one of the main reasons that the film studio chose “Black Panther,” to play in China was that it is a Marvel superhero film that “comes tagged with a brand that is instantly recognizable to Chinese moviegoers,” further stating that such movies can instantly make money. This led me to wonder why other black-led high-profile films like “Get Out” and “Hidden Figures” did not make it to the Chinese market. Papish said that these omissions might “lead us to believe there’s inherent discrimination at play. Hollywood Studios considers cultural differences and comedic elements that would hinder the chances of such films to enter the Chinese market.”

So why is “Black Panther” important for a market like China? If we remember the early films of Hollywood,  white actors used blackface to portray African-American characters, similar to the Chinese New Year Gala. Hollywood’s past has now become China’s present, with further examples of blackface surfacing on Chinese television shows. Secondly, the white-savior films that are so prevalent in the American market have now made a play here in China. One of highest grossing films in China is “Wolf Warrior II,” a semi-political film that endorses the “dangerous” African nation narrative, in which an African country that can only be saved by a “white savior” (or in this case, an “Asian savior”).  “Wolf Warrior II” actively displayed black stereotypes and misrepresentations of African nations. Thus, the white-savior complex narrative commonly used by Hollywood is now common in Chinese media.

“Black Panther” is vitally important for Chinese audiences because movies like “Wolf Warrior II” were successful in China, while Hollywood did not release films such as “Hidden Figures” and “Get Out” in the country. “Black Panther” offered a shift of narrative that China so desperately needs. “Black Panther” will not fundamentally change the way that black bodies are portrayed by the Chinese media —that will take years of cultural understanding and institutional changes. However, the triumphant success that “Black Panther” has had in China gives me hope that in the future China will start to view black bodies differently. I can only hope that Black Panther ignites this change and hope that in the coming years, China grows an even stronger appreciation for black films, produced by black people.

Jackynicole Eyocko is a Cameroonian-American completing her first year of graduate school at the Hopkins-Nanjing Center. She’s passionate about black lives and voices abroad.

Next post Smash for Coffee
The SAIS Observer Staff