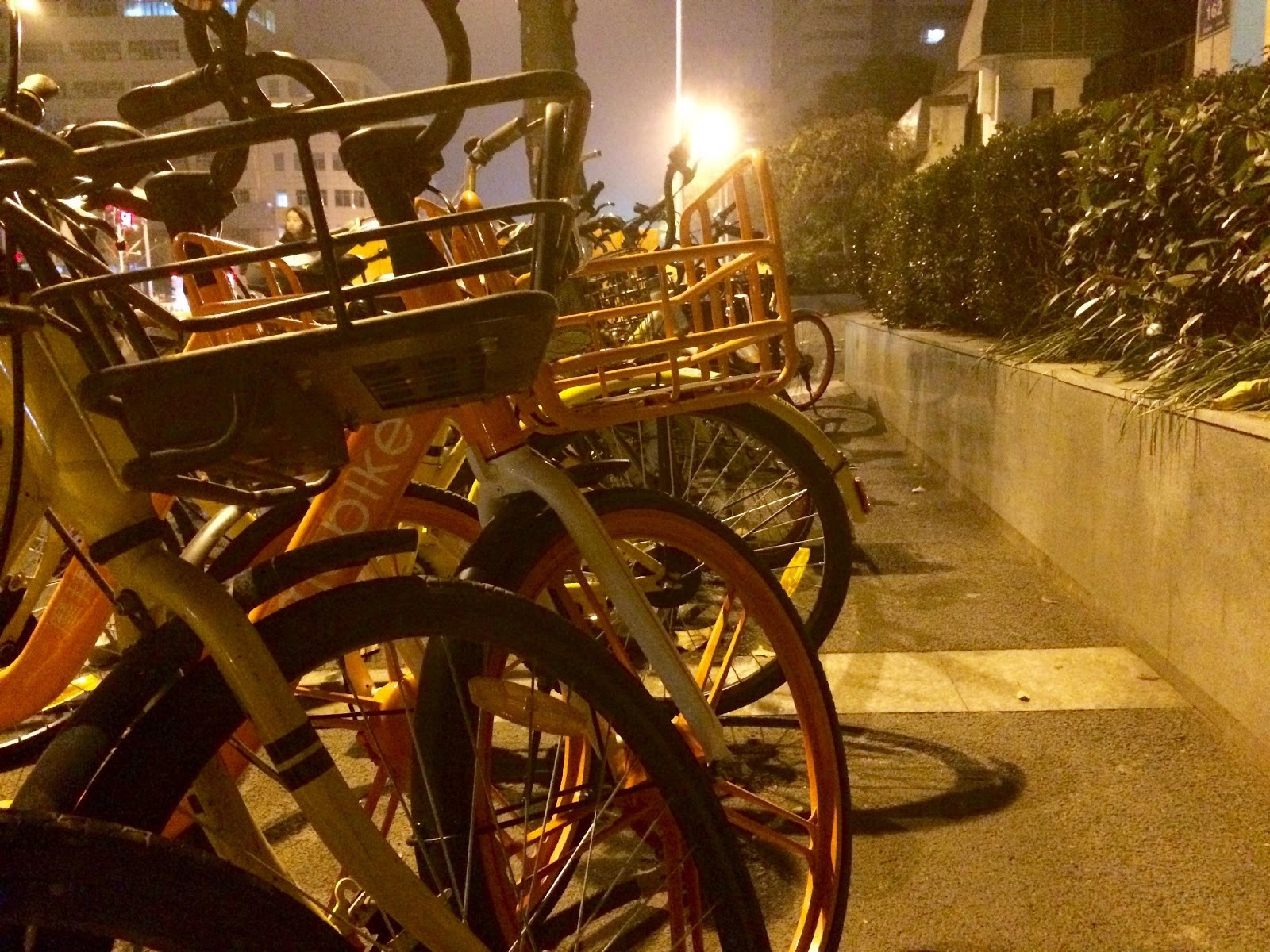 Nanjing: HNC certificate student Huang Xu rides an Ofo dockless bike to the gym one kilometer away from his Nanjing University dorm on a hot summer day. He said dockless bikes provide a “swift” mode of transportation to the gym without a hassle.

“Convenience”, “chaos”, “cheap” and “disorder” were some of the words used by HNC students to describe the dockless bike-share system in China. Despite the issue of haphazardly parked bikes in public areas, the convenience of dockless bikes seems to linger in the minds of HNCers when asked about the system.

In recent months, Beijing-based dockless bike-share giants, Ofo and Mobike, rolled into D.C. to provide services to bike commuters in the Washington D.C. metro area.  The initial six-month pilot program allowed each of the bike-share companies to place 400 bikes in the city.

While convenience and accessibility were cited as the appeal of the dockless bikes, Washingtonians are equally concerned about the “disorder” and “chaos” generated by bikes strewn across public areas.

“I think docked [bikes] are better because the bikes will be in an assigned place and not all over the place,” said Kevin Rutigliano, a graduate student at George Washington University.

Given the small number of dockless bikes allowed in Washington, some are also concerned about the equitable access and distribution.

“What happens when bikes are concentrated in one area?” said Karen Mascariñas, a graduate student at American University.  “I definitely do think there is a future for dockless bike-share, but I think the whole ‘dockless’ part of the system will have to get revamped as lessons are learned regarding control, parking and vandalism of the bikes.”

Despite the risk of vandalism and theft of dockless bikes, convenience seems to prevail over “chaos” and “disorder.”  Xing Jun Wei, another HNCer described dockless bikes as “a mini bike in his [virtual] pockets” because they are available almost anywhere, anytime.

While the dockless bike-share system in Washington may still be in its infancy, the continuation of the program will depend on the testimonies of the residents and bike-share commuters.

Washingtonians are hopeful that the dockless bike-share scheme will continue in Washington and suggest that regulations on parking and equitable distribution of bikes in the city be placed accordingly.

Khun Nyan Min Htet is a staff writer at the Nanjing Bureau. He is a HNC Certificate/SAIS M.A. student currently completing his Certificate at the Hopkins-Nanjing Center before starting at SAIS DC next fall.

Next post Wakanda in China
The SAIS Observer Staff