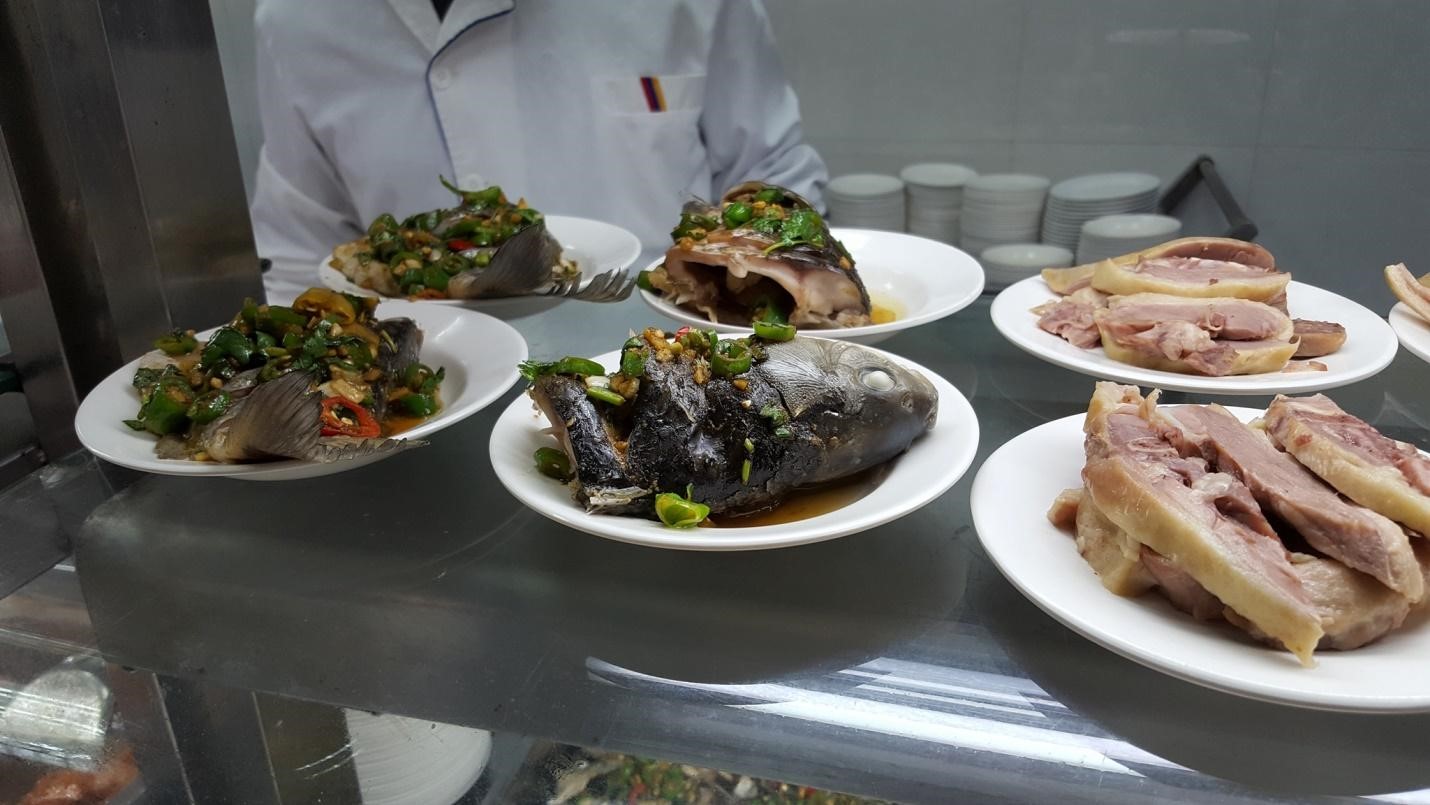 NANJING – The Hopkins-Nanjing Center is home to an on-campus cafeteria, open three meals a day and serving a selection of Chinese and Western food options. It is cheap and it is convenient, but the food itself has students divided. Mitch is a fan of the cafeteria, supporting its efforts to feed the HNC community. Caroline is an advocate for change, with a belief that with a little love and funding, the HNC cafeteria could really thrive.

FOR: BY MITCH BLATT

I’ll tell you what I don’t intend to prove in this article. First, there’s no argument that the HNC cafeteria is the Da Dong Peking Duck Restaurant in Beijing. Hell, it’s not even Nanjing Da Pai Dang.

Second, I certainly am not going to say that the cafeteria is open at the right hours. Someone should pick an open time for dinner and stick with it. The start time for breakfast should also be shifted on the weekend.

With these small gripes out of the way, I can get to the “meat” of the issue. Are the last three letters of shitang really as unnecessary as the haters and cynics claim they are?

I believe many students are holding a university cafeteria to unreasonable standards. If you think back to your undergraduate years, how many Michelin stars would you give your school’s kitchen? I don’t know about others, but I can say that if I had unlimited money and time, I would never have eaten at the school’s dining halls, and the same goes for the HNC cafeteria.

The cafeteria serves the purpose of feeding us so that we can live and study. For that purpose, it does a very good job. Prices are extremely low for the portions. It is conveniently connected to the dormitories and right down the hall from the student lounge. With Nanjing’s notorious, ever-changing weather, there are many days when the only reason I have to step outside is to run the 20 meters to get to the classrooms. Those who really hate the cafeteria can choose to run down to Skyways or Jinyin Jie in the freezing March rain. Culinary experts, also known as our Chinese professors, agree the cafeteria is healthy, too.

Let’s be real: the flavor of the food is just fine, too. It is said there is enough oil to keep a Hanukkah menorah lit for eight nights. But if your problem is oil, then you’ve really got a problem with Chinese food, not just the cafeteria.

It is true that the cafeteria at Nanjing University’s main graduate campus has more choices and marginally better taste. But that is exactly what one would expect given that it serves many more people. I even encountered off-campus office workers eating there. In comparison, the Hopkins-Nanjing Center cafeteria serves no more than 200. For them to put the same level of investment into choice and taste spread wouldn’t be sustainable.

Arguments about turning the HNC cafeteria into upscale dining must consider the costs as well as the benefits. Quality costs money, whether that means more people-hours being spent cooking, more expensive ingredients or higher salaries. Any increase in cost will be reflected in the price. The cafeteria must maintain its primary mission of delivering cheap, healthy food that all students can happily afford.

AGAINST: BY CAROLINE YARBER

Let me start by saying that I appreciate the work that the cafeteria staff puts in to ensure our community is fed every day, but I believe that, given the right resources, the fruits of their labor could be improved. The cafeteria is a divisive topic on our campus. Some people enjoy it for its convenience and, supposedly, for its food. However, many people won’t step foot in it. I have a strong opinion about the cafeteria, but I do indeed eat there since I am a graduate student, and the cafeteria prices can’t be beat.

To set the scene for you – the walls are a light blue-green, like the color used in hospitals to mollify patients. Long, blue, linoleum-coated wooden tables fill the space, lined with uncomfortable chairs too low for the tables. Overhead, fluorescent tubes illuminate the room, adding to the clinical feel. In the cavernous cafeteria, every sound is amplified so the chatter of students and the clatter of the miniscule plates make holding conversation difficult.

With that inviting atmosphere in mind, we can now discuss the food. I am biased against the cafeteria from the get-go – there are few Chinese dishes that I truly like, even at good restaurants. My favorite cafeteria offering is a yellow curry over rice with potatoes and some sort of fatty meat. Unfortunately, most meat in the cafeteria is more fat than meat. Cafeteria food is frequently sopping with oil and cold from sitting out without effectual heating lamps. The cafeteria attempts to be inclusive by sometimes providing Western food, which includes cold oily popcorn chicken and “spaghetti,” which even a self-described fan of the cafeteria describes as “noodles with radioactive red sauce.” International faculty members have also privately expressed dissatisfaction, particularly with the bright pink color of Monday’s tomato soup, which we assume is food coloring.

Some people like to say that the cafeteria is fresh. There is no proof either way, but I can concede that the spinach was fresh enough to find a dead snail boiled among its leaves once, and to find the corpse of a worm inside a sweet potato on another occasion.

As you can see, from start to finish, the cafeteria experience is utilitarian in nature, with the sole goal of keeping you from starving to death. Is it really too much to ask that the one restaurant on campus provide food that tastes good in a welcoming environment? I understand that change costs money, but surely the cafeteria food could be put on par with the delicious and cheap Chinese food served across this country in a way that wouldn’t break the bank. Meals are a time for joy and community, and I believe in the possibility of a better HNC cafeteria.

Caroline Yarber is the Deputy Editor-in-Chief of the SAIS Observer. She is a second-year master’s student at the Hopkins-Nanjing Center concentrating in International Politics.

Mitchell Blatt is a first-year student in the Certificate program at the Hopkins-Nanjing Center who will be pursuing an MA at SAIS in 2018 and a freelance contributor to outlets including The National Interest and National Review.