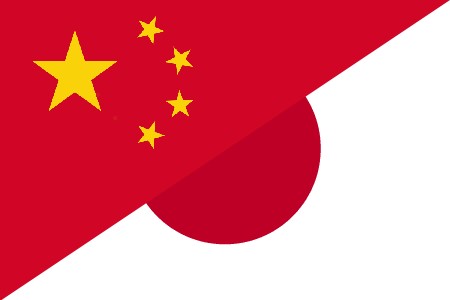 NANJING: Students shuffled in excitedly with high hopes of what’s to come. As the seats fill front to back, whispers spread side to side: “did you hear…”, “any idea…”, “I wonder….” Yet, when consul-general Kazuyuki Katayama enters the room, an expectant hush, a pregnant calm, descends.

On March 3rd, students at the Hopkins – Nanjing Center (HNC) were treated to a high-caliber guest lecturer: consul-general Dr. Kazuyuki Katayama. Taking time off from work at the Japanese consulate in Shanghai, Dr. Katayama took to the podium and delivered a message of connection, tension, and hope to an auditorium full of HNC students.

Sitting in the front row, MAIS student Ben Miles described the consul-general as “a very skilled diplomat” and suggested that he could “feel his concern for China-Japan relations and his desire to improve them.”

Dr. Katayama began by emphasizing the “win-win” nature of the economic partnership between Japan and China, and stressed the importance of these gains for both parties. In the 1980’s, the U.S. alone accounted for more than 30 percent of Japanese trade. Now, that number has been cut in half as China has increased its share to 20 percent. Additionally, Chinese nationals now represent the largest portion of foreigners in Japan.

To Dr. Katayama, people-to-people contact is the most important aspect in the relationship between any two countries. He emphasized that in Shanghai there is close physical proximity between Japanese and Chinese people, and among upper class Chinese the perception of Japan is quite positive. Because of pop-culture, youth in Shanghai are increasingly interested in Japan.

In the second half of the lecture, the consul-general discussed future guidelines for the two states. He stressed: “Our neighbor status won’t change, so we need to work together more. Both sides aren’t going anywhere.” In his mind, public opinion has soured on both sides and the two countries need to do a better job in promoting understanding. Both need to “handle politically sensitive issues prudently, and be cool and objective when getting the proper image of each other.”

After the talk, MA student Sam Smith mused, “these days, there is a constant media barrage that emphasizes conflict between the U.S., China, and Japan, and it was refreshing to be exposed to a voice promoting connection and mutual benefit. However, he was also refreshingly candid about the issues that confront all sides.”

After the lecture, time was provided for questions ranging from Japanese pop-culture, Chinese politics, the role of the U.S. in China-Japan relations, military reforms, political correctness, and environmental concerns. “He had the tenacity to field the toughest questions from the audience,” HNC student Khun Nyan Min Htet said, “while still preserving the integrity of Sino-Japanese relations.”

All in all, the talk was highly welcomed by both international and Chinese students, who often have few chances to engage with Japanese people directly. Looking back, HNC student Dai PanHong particularly enjoyed that the talk was “quite official, focused on economic benefits, and not talking too much about sore areas like politics and history.”

While most students were content with Dr. Katayama’s discussion, there were still lingering feelings of unresolved tension.  HNC student Sierra Janik described it succinctly as “very diplomatic,” expressing “we hoped he could have spoken more freely, but that probably wasn’t an option for him. Given that situation, I was quite impressed by how much of his personal opinions he managed to get through to us without ruffling any feathers.” As a career diplomat, the consul-general never lost his footing while fielding sensitive questions. At the same time, this left some feeling like they got cheated out of a candid political discussion.

After the lecture, Dr. Katayama returned to the consulate in Shanghai. Students at the HNC were left to reflect on the deeper understanding of the concerns facing both sides that they had gained. We don’t know what future speakers await us at the Hopkins – Nanjing Center, but whoever comes next will stand not only at the podium, but also in the shadow cast by the excellence of Dr. Kazuyuki Katayama.

Daniel Burke is a staff writer at the Nanjing Bureau. He is currently completing his certificate of Chinese and American studies at the Hopkins – Nanjing Center before continuing to SAIS Fall 2018.

Next post Fish and Ships: A Near-Arctic Proposal
sgrosve2