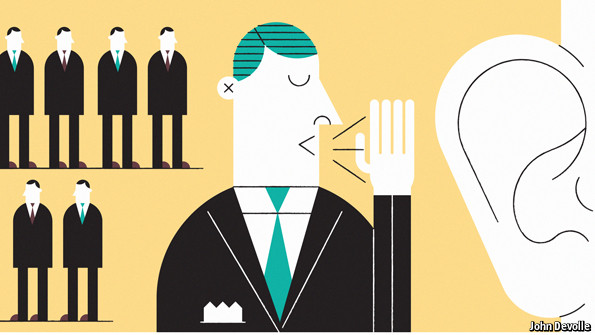 WASHINGTON – Toothpicks are okay – but do not even think about using a fork. You can have a beverage, but drinking it while seated is out of the question. If you receive flowers in the mail, either donate them to charity or destroy them.

Such is the code governing interactions of Members of Congress and their staff regarding entities that engage in lobbying. Although a truly committed congressional staff member could eat a full meal of tiny portions meat and cheese on toothpicks, hors d’oeuvres are hardly the reason big industries wield so much influence in Washington. Though government ethics laws fixate on the minutiae of cocktail hours and petty gifts, no amount of regulation will change the power structure in Washington until the country regulates industries’ real point of leverage: campaign finance.

Gone are the days of lobbyists treating decision-makers to fine caviar dinners, yet big industry interests continue to supersede those of citizen groups in the often zero-sum game of U.S. legislation. Wealthy industries circumvent campaign donation limits by filtering funds through nonprofits and trade associations that are exempt from donation disclosure obligations. The rules described in Lobbying Disclosure Act on gifts and mandatory registration for lobbyists undoubtedly deliver necessary accountability and transparency to lobbying, but such rules can only do so much when lawmakers remain dependent on big industries for re-election money via the obfuscated campaign funding scheme.

Thanks to the Lobbying Disclosure Act, it is now possible to track who is meeting with whom, what they are discussing and how much they are spending. The number of registered lobbyists increased from just over 3,000 before the law was passed to nearly 12,000 in 2017. Such an outcome should serve as a case study to support the European Commission’s proposal for a mandatory lobbyist register in the EU, where voluntary and diffuse registration creates opacity and incomplete documentation. The EU’s current voluntary registration system is marked by underreported spending, missing entries and misleading data. The EU Commission has proposed an mandatory Transparency Register to remedy these shortcomings, but the Parliament has resisted.

At a recent event about regulations regarding lobbying in the EU, MEP Danuta Hübner delivered the European Parliament’s argument in opposition to the mandatory register. She based her opposition to the mandate on the fact that elected members of the Parliament must be open to talking to everyone, and explained that their dependence on direct election is more effective than a mandatory register at rooting out bad actors in Parliament.

Her first line of reasoning is unconvincing. A reporting requirement would not preclude MEPs from speaking to certain groups. In fact, when a member of the audience asked whether tobacco lobbyists’ access should be limited, Commission First Vice-President Frans Timmermans rejected the idea of banning groups based on the topic of their lobbying. The logical fallacy of her second argument is made clear by history, which is replete with examples of unethical leaders in public office who the electoral process failed to root out. One may expect the lobbyists themselves to push back against the Commission’s mandate, but in fact, Isabelle De Vinck of the European Public Affairs Consultancies’ Association welcomed it, saying that it would help push out the bad lobbyists who sully the legitimate role of lobbyists in the democratic process.

Furthermore, the lack of a transparent registry is damaging to the Union itself. The fact that many EU legislators are not directly elected, combined with the continued opacity of lobbying activities gives credence to Eurosceptic member states who question the EU’s claim to legitimacy.

The systems in place on each side of the Atlantic lend to different strengths and weaknesses, with EU citizens enjoying greater confidence in the integrity of campaign finance, and Americans better able to hold their legislators’ accountable for their meetings with lobbyists. We would all do well to heed Bismarck’s counsel to learn from the mistakes of others, but shouldn’t we learn from their successes too? The efficiency of the US’ mandatory lobbyist register should inform the EU’s development of their own register to bolster the Union’s legitimacy in defiance of recent illiberal movements in the region. At the same time, the US should emulate the EU states’ prohibition on anonymous and corporate campaign donations as well as their financial bookkeeping requirements for political parties. The improved integrity of representation would result in legislative decisions that give greater consideration to the stances of citizens groups instead of corporate interests and would increase residents’ perceptions of their government’s legitimacy.

One thought on “Government lobbying in the US and EU”