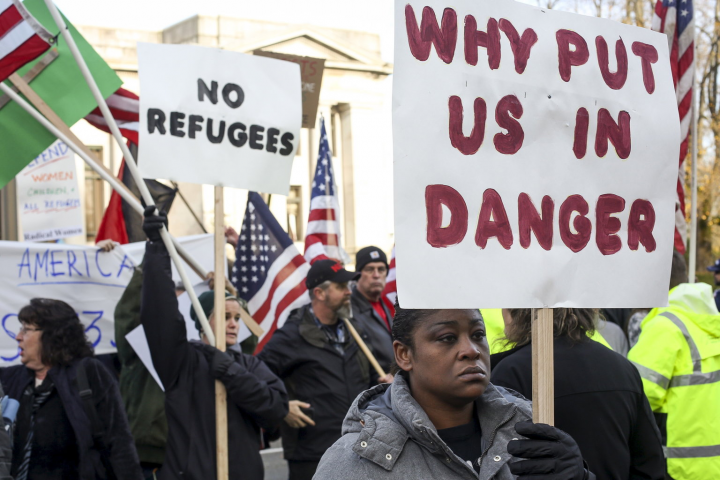 BOLOGNA, Italy —Deportation of Vietnam War era refugees. The death of a young girl in the custody of US Customs and Border Protection. A looming government shutdown over funding for the quixotic border wall. Have Americans reached the breaking point yet?

The hellish events of recent weeks have shown the deep fractures in the US immigration process while also further demonstrating the Trump administration’s vehement rejection of humanitarian asylum seekers at our Southern border.

These actions have also demonstrated the worrying ease with which this President is willing to break honored commitments to refugees who have long since become Americans. According to The Atlantic, Trump is reversing his August decision to guarantee protection for Vietnamese refugees who arrived before 1995. This reversal would subject Vietnamese refugees, many of whom came immediately following the war, to deportation. It seems like cruel and unusual punishment for the forgotten victims of the war.

But, to be clear, “the land of opportunity” has a long history of selectiveness when admitting refugees. Cubans fleeing Communism were prioritized by the 1966 Cuban Refugee Adjustment Act, for instance. The acceptance or rejection of refugees always has a political motive as well, with potentially dire humanitarian consequences, such as when the MS St. Louis was turned away in 1939, carrying 900 Jewish refugees from Germany.

Subsequent administrations have looked at refugees and migrants differently depending on their foreign policy and strategic aims. For example, despite the 1966 Act, the US struggled to distinguish between refugee and migrant when Castro allowed in 1980 anyone in Cuba wanted to go to America to leave. When 125,000 Cubans landed in Florida as a result of the Mariel boatlift, many them were shunned by American officials. Many of these Cubans ended up in abandoned detention systems that were a relic of the 1924 Immigration Act quota system. Their detention while waiting for sponsorship eventually led to imprisonment, and created an unfortunate precedent for the policies we see being implemented today.

However, during the Obama administration, significant strides were made to expand the qualifications for asylum seeker claims. These included domestic violence, gang violence, or discrimination on the basis sexual orientation. But it took no time for former Attorney General Jeff Sessions and President Trump to reverse on this progress. By stripping many pending asylum seekers’ claims to refugee status, they have left hundreds of thousands in uncertain situations.

Trump’s anti-migrant rhetoric hasn’t changed from the campaign trail, where he boasted that Mexico was “not sending their best.” He’s now called for border agents to use “lethal force” if necessary. By calling it an “invasion,” the President employs fear-mongering tactics to confuse and alarm the American people.

In 2018, the US has only admitted 22,000 refugees, the lowest number in forty years. Currently, 40,000 migrants are being detained across the country at the price tag of $80 million and rising. There must be a more humane solution than separating families and imprisoning asylum seekers in camps and detainment centers. The death of a child from dehydration and malnutrition in the custody of US immigration officials shouldn’t be what it takes to usher in change. We can and must do better.

The administration’s anti-immigrant bombast and archaic solutions aren’t steps forward. What’s required of our government is  bipartisan legislation to reform our immigration process for refugees and asylum-seekers.

From the Puritans fleeing religious persecution four hundred years ago, to the migrants on our border today, America has always been a country of refugees and asylum seekers. It is our duty to honor that tradition and history.

Previous post The Kurds: Independence is Going to Have to Wait … Again: Part 1

Next post The Kurds: Independence is Going to Have to Wait … Again Part 2
sgrosve2