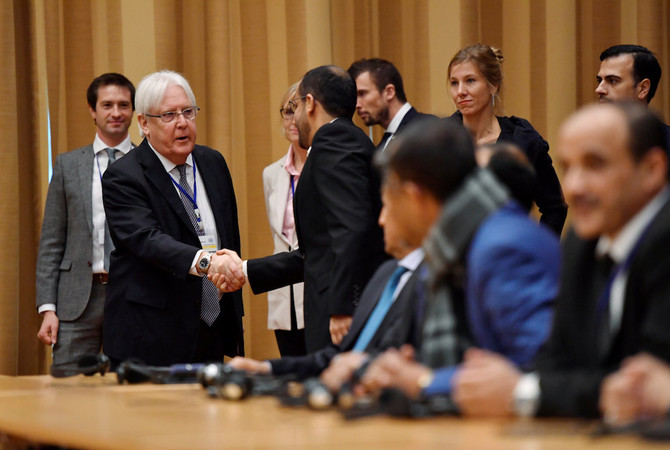 Confidence-building measures have achieved varying degrees of progress, but momentum has slowed

On January 30, 2019, Patrick Cammaert, the former Dutch general in charge of facilitating a ceasefire between warring parties in the Yemeni Civil War, stepped down from his post. He was quickly replaced, but accusations arose that he had resigned due to disagreements with the United Nations Special Envoy to Yemen Martin Griffiths; accusations which Griffiths adamantly denied.

The move was one of many recent setbacks that have hindered implementation of the ceasefire reached near Stockholm, Sweden last December. As the first meeting between the Houthi rebels and the Yemeni government since failed peace talks in September 2016, the Stockholm round represented a significant push to initiate confidence-building measures toward an end to the world’s deadliest, man-made humanitarian crisis.

Leading the peace talks, Griffiths went to Stockholm with the aim of achieving four priority short-term goals: 1) determine the logistical details for a large-scale prisoner exchange, 2) de-escalate fighting in Hodeida and Taiz, flashpoints of conflict in the civil war, 3) reopen the Sanaa airport to commercial and humanitarian traffic and 4) restore civil service salaries through Yemen’s Central Bank.

The resultant Stockholm Agreement included official agreements to negotiate the prisoner swap, initiate a ceasefire in Hodeida and surrounding port cities and form a joint committee to assess the situation in Taiz. Although no official deals were made to reopen the Sanaa airport and restore civil service salaries, both sides expressed a desire in principle to do so. Parties also agreed to reconvene for subsequent negotiations at the end of January.

Griffiths’ four original goals have been met with varying degrees of progress, although none of them have been fully achieved and the early momentum after Stockholm has slowed. Talks planned for January have been postponed, and the Office of the Special Envoy to Yemen has not announced when it plans to hold future talks.

The prisoner exchange, the first deal struck between parties in Stockholm, seems to have made the most headway. Following the agreement, representatives from both parties exchanged lists totaling nearly 16,000 detainees and the International Committee of the Red Cross (ICRC) offered to oversee logistics.

The parties have yet to agree on full terms and are currently verifying the prisoner lists. On January 16, the supervisory follow-up committee met in Amman, Jordan, where representatives from both sides commented on detainee lists. In previous prisoner exchange talks, parties have disputed the existence of thousands of detainees, claiming that they are fake or duplicate names.

The prisoner exchange depends partly on the security of the Sanaa airport, as detainees will be flown by air from Sanaa to Seiyun, and vice versa. According to the ICRC, the exchange will require the Saudi-led coalition to guarantee that air space is secure for flights. However, on December 19, one week after the Stockholm round, the Saudi-led coalition launched an airstrike on the rebel-held airport. The coalition claimed that the strike destroyed a drone “in the process of being launched, thwarting an imminent terrorist attack.”

The Hodeida ceasefire was the most noteworthy achievement in the Stockholm Agreement. Parties agreed to an immediate ceasefire in the port cities of Hodeida, Ras Issa and Al Saqef, and to redeploy their forces from the cities within 21 days. However, fighting has not subsided. The Yemeni government has accused the Houthis of 573 violations of the ceasefire, killing 41 coalition troops and wounding 396. The Houthis have accused the government of reinforcing its positions in Hodeida by deploying more forces on its outskirts.

Saudi coalition frustration with the slow pace of Houthi disengagement in Hodeida is now causing an increase in coalition airstrikes near the city. On January 29, coalition warplanes hit 10 Houthi training camps outside Hodeida.

Both parties confirmed their commitment to reopen the Red Sea Mills in Hodeida, which are currently inaccessible due to violence and landmines surrounding them. The mills hold 51,000 tons of food that could feed 3.5 million people for a month, but on January 30, a demining team came under gunfire while trying to clear access. The Houthis claimed that the Saudi-led forces killed one member of its demining team, while the Yemeni government claimed that the Houthis attacked the UN-backed demining team en route to the mills.

There have been positive developments. On December 28, the Yemeni government agreed to pay the salaries of civil servants in rebel-held Hodeida, many of whom have not been paid in two years. After sending a small team to monitor redeployment from Hodeida, the UN Security Council unanimously approved Resolution 2452 to establish the UN Mission to Support the Hodeida Agreement (UNMHA), a 75-member observer team to support the ceasefire. On January 29, the Saudi-led coalition promised to release seven Houthi prisoners as part of a goodwill exchange after the Houthis freed Saudi prisoner Mousa Awaji.

However, while both parties have made rhetorical promises in support of humanitarian and ceasefire goals, neither has been willing to take responsibility for actions that undermine peace efforts. UN monitoring efforts are bogged down by logistical details regarding visa approvals, housing for UN personnel and equipment supply.

A subsequent round of peace talks is unlikely to occur in the near future until the parties can demonstrate sincere willingness to follow through on incremental commitments. Parties continue to say one thing but do another, indicating that trust and confidence-building will remain the primary impediment to progress on the goals of the Stockholm Agreement.

Next post Film is art, according to the Chinese government
sgrosve2