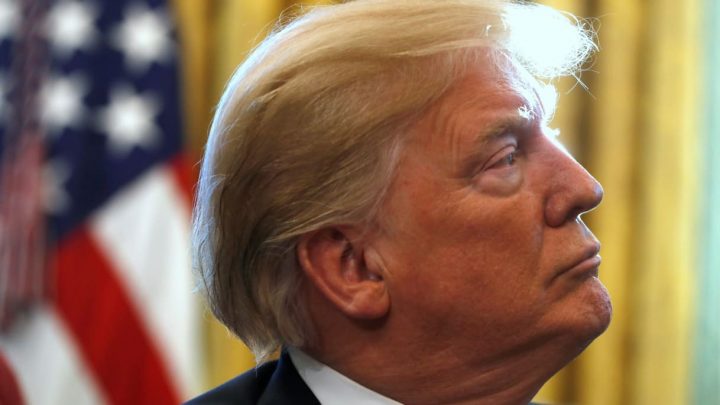 WASHINGTON — Of the many criticisms of President Trump’s decision to withdraw from Syria it was the abandonment of the U.S.’s Kurdish allies, namely the YPG (The People’s Protection Units), that provoked the loudest opposition. Indeed, senators from both parties are urging Trump to offer a plan to protect those that have led the ground campaign against ISIS. Despite the Trump administration’s erratic policy signals, allies are still slogging through the final steps of the formal ground campaign. This will likely evolve into a long-term, grueling counterinsurgency as the Islamic State shifts to tactics like suicide bombings and capitalizes on the disappointing reconstruction efforts in Syria and Iraq. Given the high stakes of a likely ISIS insurgency, a potential Turkish military offensive to clear the YPG from Turkey’s southern border and setbacks faced by Kurdish nationalists last year, the Kurdish issues in Syria is highly relevant to broader U.S. interests. ItsIts future also affects regional stability and efforts to contain a crisis like renewed mass immigration flows to neighboring states and Europe.

Popular American support for Kurdish aspirations is rooted in the widely-held perception that the Kurdish people are a tolerant, oppressed minority group that is pro-American — a direct contrast to our shared antagonists like Iraq’s Saddam Hussein, Syria’s Bashar al-Assad and even at times, the Iranian regime. Likewise, U.S. policy towards different Kurdish groups delivers the rare satisfaction of apparent success that has usually eluded  U.S. policy in the Middle East. The U.S.-led “no-fly zone” in Iraq helped foster the creation of the Kurdistan Regional Government. Moreover, the U.S. mission against the Islamic State has allowed the coalition to eliminate the group’s physical presence while substituting American troops for Kurdish fighters — something that appeals to an American public more supportive of leaders who oppose foreign military involvement. Unfortunately, perceived perpetual U.S. support has distorted the regional cost-benefit analysis amongst regional players by repeatedly inflating the hopes of various Kurdish groups. It then follows that there are inflated risks on the part of players like Turkey. They now see the menace of a battle-hardened sister organization of the PKK, the terror organization that has battled the Turkish state for decades, controlling much of Syria opposite Turkey’s southern border. Furthermore, for Turks, this menace is additionally supported by the world’s lone superpower. In the coming year, a more honest and realist U.S. policy would seek to avoid this distorting effect.

American romanticism surrounding Kurds in Iraq and Syria aside, the political realities in the emerging post-IS, post-Syrian Civil War era dictate and constrain the path forward for the U.S. and the “Kurdish Question.” Without an increased U.S. military presence and a mandated imposition of a no-fly zone in northeastern Syria, the YPG is likely to have little leverage in negotiations with the Assad regime unless the U.S. supplies heavy weaponry. The American public has no appetite for a ballooning presence in Syria, especially with no IS “Caliphate” to combat. Furthermore, it is unlikely the Turks would permit Incirlik Air Base, the center of the anti-IS air campaign, to serve as the source of air cover for YPG aspirations. Furthermore, geography constrains any Kurdish aspirations for independence —Kurdish populations are landlocked and surrounded by hostile neighbors. This leads to instances like the supposedly pro-Arab, anti-Kurdish Turkish government importing oil from the Kurdistan Regional Government in Iraq against Baghdad’s wishes. Just as the loss of Kirkuk oil and realities of a lack of outright American support effectively aborted the Kurdish independence referendum in Iraq in 2017, the YPG and its allies are likely to face similar disappointment in the face of tepid U.S. support, geographic constraint, and the perpetual menace of the Turkish Armed Forces to their north and west.

What then, should be expected of the Kurdish question and U.S. policy towards this part of the region in the coming year? First, inconsistency itself is a risk factor for conflict and needs to be addressed. Despite Trump’s clear aversion to growing involvement and endless “mission creep,” establishment officials and media continue to resist military withdrawal. This dissonance should be resolved in order to send clear signals to our partners and allies so that they can conduct a genuine cost-benefit analysis of the reality undistorted by American romanticism and inconsistency. Second, Trump’s decision to withdraw did not fundamentally alter the calculus on the ground. The YPG was never going to develop a partnership with the Turks and the Assad regime was never going to allow up to a third of Syrian territory to remain outside its control. Likewise, the YPG and its affiliates explicitly refrained from calling for independence and avoided conflict with the regime. Thus, independent of Trump’s withdrawal, our allies on the ground were positioned to make a deal with Assad.  Third, the primary risk is from a Turkish offensive to clear the YPG from hundreds of miles of territory. Buoyed by the success of Operation Olive Branch, fostered by rising dependence on the nationalist bloc of voters and incentivized by the need to rally the flag before the coming round of local elections, the Turkish government may decide to commence operations. U.S. policy should, therefore, be focused on deterring this operation. Turkey would likely get bogged down as the YPG fights for survival over a larger territory, refugee flows would increase and the risk of inter-state conflict would increase as the Kurds call on Assad or Putin for support, something that was signaled already in Manbij. Likewise, the PKK may institute a renewed campaign within Turkey itself.  Trump’s deterrence strategy so far has been to threaten economic devastation on a still-reeling Turkish economy, something only likely to cement rising anti-Americanism than to restrain President Erdoğan.

Instead, Trump should seek  to reset rocky relations through comprehensive agreements. This should be more likely than in 2018 since the major obstacles in U.S.-Turkey relations, such as support for the YPG, the detaining of Pastor Brunson and associated the Turkish currency crisis, will be ameliorated. A focus on deterring an all-out war between the Turkish military and the YPG offers the best hope for the civilians under YPG rule. It would allow the Turkish army to avoid being bogged down while still seeking to uphold the Idlib agreement which is vital to preventing a humanitarian crisis. Finally, this conforms to the goals and willingness of the American public to remain involved in Syria. For the sake of the civilians on the ground, whether Kurdish, Arab, or Turkish, let’s hope the Trump administration succeeds.

Previous post Film is art, according to the Chinese government