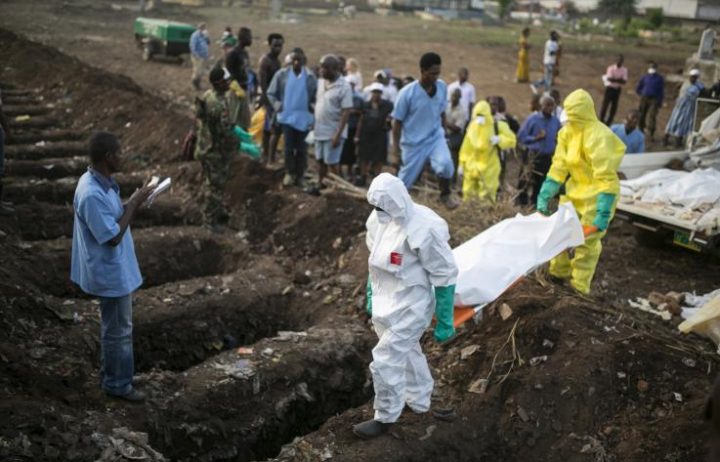 WASHINGTON — Global pandemics can be as devastating, lethal and catastrophic as the world’s worst conflicts.  They combine staggering casualties with economic collapses on a scale that threatens global stability. They also have unique psychological effects on populations causing panic and hysteria unlike those observed with other sources of human strife. The greatest security threat to national governments potentially comes in the form of scared human populations fleeing disease, taking desperate measures to avoid infection, or simply capitalizing on the chaos  for their own private gain.

Statistics  clearly demonstrate the grave security threats that pandemics present. According to the National Academy of Medicine’s Commission on Global Health Risk, the Spanish Flu wiped out between 50 and 80 million people. For comparison, the total death toll of the Second World War (including both civilian and military deaths) was estimated at 50 to 70 million. Economic projections from the Commission estimate that if an epidemic on the scale of the Spanish Flu was to sweep the planet today, it would reduce global GDP by 5 to 10 percent, representing a global loss of $3 to 6 trillion. This eclipses the economic impact of the 2008-2009 recession that only dropped global GDP by 1 percent, and might rival the Great Depression from almost a hundred years ago that took out between 10 to 15 percent of the global economy.

Why focusing on outbreaks is good for global health

Outbreak preparedness is one of the most important topics in global health and international security. Lying at the intersection between the largely humanitarian mission of global health and more practical considerations of security and national interest, outbreak and pandemic preparedness provides one of the few genuine crossroads between the objectives of humanitarian globalists, and more nationalistic, inward-looking policymakers.

As such, the topic of pandemic preparedness provides one of the most politically viable engines for furthering global health causes and initiatives. The ability to phrase the need for a robust global health regime in terms of national security, national interests and “America First” is an invaluable rhetorical tool.

Furthermore, the nature of outbreaks requires achieving fundamental global health goals before addressing them. You can’t build a wall around Ebola. You can’t shoot it out of the sky with a missile, deport it or cripple it with aggressive sanctions. The only way to face the threat of pandemic outbreaks is by furthering global health initiatives. Solutions include funding organizations like the Center for Disease Control (CDC) and dedicating significant resources towards monitoring, recognizing and responding to outbreaks as quickly and efficiently as possible.

Slamming the brakes on international trade and taking a not-my-problem approach to outbreaks in the developing world comes with serious repercussions. Not only are there enormous economic consequences for closing the borders, but any attempt at quarantine while letting an outbreak rage outside is vulnerable against even a single failure in isolation. The only effective tactics are early response and treatment of outbreaks no matter where they occur.

Why global primary healthcare is the solution

Arguably the single most important part of effective pandemic preparedness is the ability to detect the emergence of infectious disease, identify outbreaks and give response efforts the best head start possible. Monitoring, however, must necessarily come out of a robust institution of global primary healthcare over the course of a person’s life. Periodic checkups, easy and convenient access to healthcare facilities and an overall healthier population are all fundamental parts of outbreak resilience.

The widening of primary healthcare networks also provides bases of operation for outbreak response efforts. One of the greatest challenges in outbreak response is getting healthcare workers and medicines to remote communities, setting up temporary hospital facilities, mobile labs and other high-tech necessities. If clinics and other fundamental healthcare infrastructure was more widespread, this would greatly boost outbreak response capabilities by providing facilities for effective monitoring and treatment. The American military maintains bases across the globe to monitor security concerns and aid operations should a conflict arise. National healthcare systems operate in an analogous capacity in the fight against pandemics. They provide monitoring capabilities to warn of potential outbreaks, and are invaluable bases from which to launch pandemic control and treatment campaigns.

Furthermore, one of the greatest hurdles to quickly and effectively responding to outbreaks is a sharp lack of trust between local communities and international response efforts.  Many communities, particularly in developing countries historically abused by colonialism and Western institutions, are inherently skeptical of international entities entering their communities with pills, needles and white coats. While this lack of trust is justified given their history, it is one of the most important obstacles to effective outbreak response. Proliferation of primary healthcare can strengthen this much-needed trust. An individual’s exposure to vaccines, checkups and the general medicalization of life from an early age (particularly when administered by local practitioners) fosters an atmosphere of trust and cooperation that has enormous potential to facilitate effective responses to outbreaks.

Outbreak preparedness and pandemic response is one of the most important areas in global health and international security. Pandemics are one of the most significant threats faced by the global community, so the topic of health security combines political salience with the ability to resonate across the political spectrum. As such, it provides an undervalued vehicle to further the global health cause. If the narrative and rhetoric of outbreak preparedness can be appropriately kindled in public discourse and channeled towards the appropriate responses, it has the potential to boost public awareness of international health, and be used to lift humanity toward a healthier future.

Next post The rise of rap music in China
sgrosve2