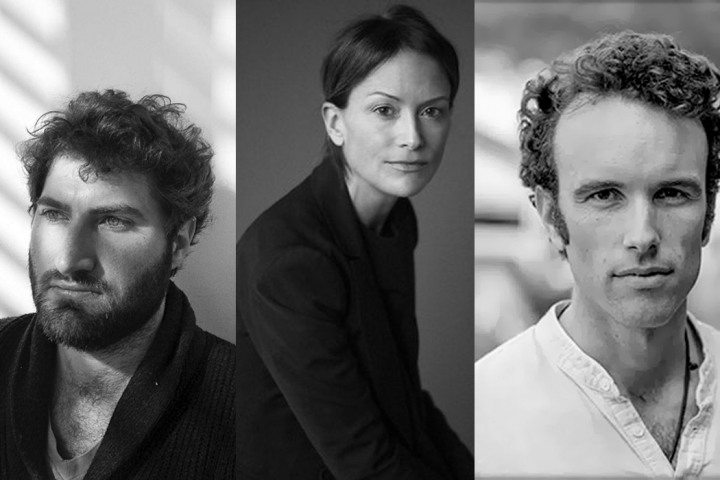 WASHINGTON — “Exploring Foreign Policy Through the Creative Process” took place on February 21, 2019. It included in the speaking list are Peter van Agtmael, Elliot Ackerman and Lea Carpenter. This issue of The Briefing digs into the motivations of each speaker in creating their work and the complex relationship between domestic American politics, humanity and morality, and the horrors of conflict overseas.

Peter van Agtmael didn’t originally want to become a photographer. He went to Yale University to study history and eventually found Catherine Opie’s photography class. After graduating, he worked with The New York Times Magazine for three years, where he spent time on and off embedded in Iraq’s Helmand province with U.S. Marines. He discussed his fascination with conflict and his time in the Middle East in a 2018 New York Times article as compelling on personal, emotional and deeply political levels.  Despite his assertion that “photography is photography,” van Agtmael drew powerful connections between his work on conflict overseas and how these wars seeped across the sand and ocean to soak into the very fabric of American society.

In a December 2009 article, he noted that the men he spoke with in person and captured on film seemed to be caught between the worlds of conflict and of the society that willed it into being, pointing out the “rampant” post-traumatic stress disorder among those he worked with in Iraq. When asked about the extent to which his work has influenced his politics, van Agtmael said that he aspires to be a truthful photographer, something he says is markedly different from an objective photographer. “At the end of the day,” he says, “you are choosing what to frame…what’s the objectivity in that?” Peter van Agtmael’s perspective on conflict and its greater ramifications throughout the fabric of American society makes him a natural choice for the speaking series, “Exploring Foreign Policy through the Creative Process,” where he was joined by Elliot Ackerman and Lea Carpenter at SAIS. More information on his work can be found on Magnum Pro, where he is currently listed as a photographer, and more information on his time in Iraq can be found at the New York Times’ “At War Blog.”

According to his official publishing page at Simon and Schuster, Elliot Ackerman received a Silver Star, a Bronze Star Medal for valor and a Purple Heart for his tours of duty in Iraq and Afghanistan. More recently, he is known for his literary works, which span from essays in The New Yorker and The Atlantic to full-length novels. His 2017 novel “Dark at the Crossing” was a finalist for the National Book Award and dealt with the complexities of interpersonal relationships and interstate conflict while detailing an account of an Arab-American who seeks to cross the Turkish border to fight in Syria.

His work is emblematic of the powerful bond between literature, culture and conflict. Like Peter van Agtmael, Ackerman’s personal experiences have informed his way of viewing the world and the methods he uses to share them. In his most recent book “Waiting for Eden,” Ackerman closely details the suffering of the main character, Eden, as a result of injuries he sustained on the battlefield — but he isn’t centering the book around the circumstances that brought Eden to his hospital bed. He says in a 2018 interview with NPR that the book “isn’t about war,” but rather is focused on the emotional ramifications of conflict. He, like van Agtmael, is acutely aware that “trauma outside of wars can just echo and echo and echo,” and his novels are both a reflection of and homage to the humanity of those who experience conflict.

For Lea Carpenter, experiencing loss was the impetus for writing her first novel, “Eleven Days,” which debuted in 2013. She says in a 2014 interview with Penguin Random House that she “wanted to write about something that she knew very little about” and ended up writing “Eleven Days” as a result of research she was doing into her father’s history and a dare from an agent to try her hand at fiction. Similar to Ackerman’s characters in “Waiting for Eden,” Carpenter’s lead, Sara, is coping with immeasurable and continuous loss. While Eden is bound to a hospital bed without means to communicate with his wife Mary, Sara’s son Jason is declared missing as a result of a Special Forces Operation. Neither Mary nor Sara are mourning the deaths of their loved ones per se, but the circumstances of both situations evoke the same sense of emotional exhaustion at the hands of conflict.

The interpersonal relationships that are shaped by war and conflict are also at the center of Carpenter’s newest release, “Red, White, Blue,” which asks its characters to cope with betrayal and questions their reasoning for choosing to work for the Central Intelligence Agency.  In an August 2018 article she wrote for Time Magazine, Carpenter delves into the effect that war has had on her own past though her relationship with her father, a World War II veteran, and his relationship with his past as a member of the Doolittle pilots rescue mission. Like both van Agtmael and Ackerman, Carpenter’s work is expansive in its treatment of war and its effects on families. Also like van Agtmael and Ackerman, Carpenter’s works don’t provide concrete “answers” for how or when grief and loss are manifested in war, and her perhaps intentional choice to leave some “loose ends” at the end of “Red, White, Blue” mimics the United States’ complex relationship with conflict abroad: Sometimes there isn’t a clean ending, and perhaps we shouldn’t expect one.