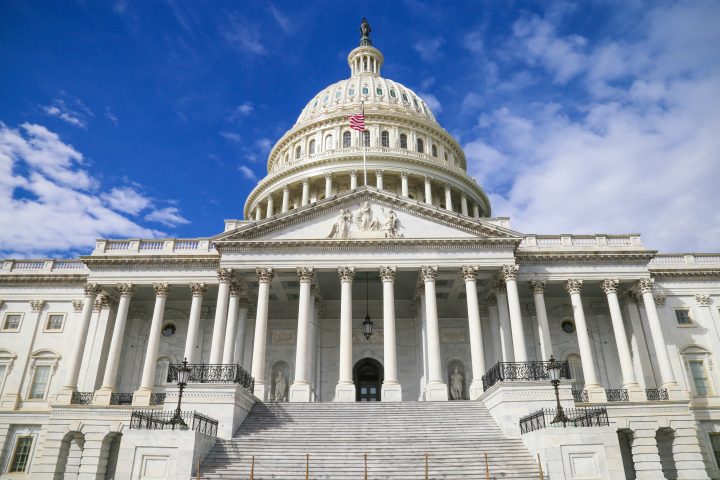 WASHINGTON — President Donald Trump currently owns the largest government shutdown in American history — 35 days of political deadlock and recalcitrance. The president pushed for funding for a border wall that Democrats were unwilling to support, and the resulting gridlock furloughed thousands of federal employees and contractors and left multitudes unpaid. The end of this partial shutdown came on January 25, when the president signed legislation that funded the government until February 15, 2019. However, this legislation did not include funds for a barrier at the southern American border, a result that incensed the president’s conservative critics and bolstered the early days of Nancy Pelosi’s newest term as speaker of the House. The important thing here is that this partial shutdown will not quickly fade from the memory of the American people or the institutions starved for resources as funds dried up.

Now, The SAIS Observer presents its newest series: The Good, the Bad, and the Ugly, which endeavors to tackle the tough questions in domestic and foreign policy. Spearheaded by editor-in-chief Danielle Thompson and lead for outreach and external sourcing Cecilia Panella, this project is meant to address the nuances of policy in a way that is both accessible and thought-provoking. We’re glad that you’re with us on this journey, and if you have suggestions on topics you would like us to take a look at, email us here.

Think of us as your tour guides through the jungle of American politics, economics and international relations, minus the bucket hats and necessary malaria vaccinations.

Honestly, this is a pretty depressing start to the series. Looking around at the benefits of the shutdown, it’s hard to see how the Trump Administration could tally this one up as a win. That said, let’s take a look at the strategy that Trump used. Overall, the president wanted to use the entirety of the federal government as leverage in order to push the Democrat-held House of Representatives to fund the wall and thus cave to the president’s immigration agenda. As I see it, Trump was relying on two things: first, that the House would be unwilling to let the government lapse into partial shutdown, especially with the Democrats at the helm after the midterms. Second, the president was betting that Nancy Pelosi’s leadership would not be enough to make sure that Democrats toed the party line despite the impending backlash for the shutdown. A fractured Democratic Party could have resulted in a funded border wall and a brutal and early blow to Nancy Pelosi’s term as House speaker. This would not only have increased support from Trump’s base, but also emphasized a preponderance of power with the president after big losses in the midterms. At the end of the day, we all know how this story ended: Trump didn’t get a dollar for the wall, and the government has been funded through the second week of February.

The main — and perhaps only — beneficiary of the shutdown was the Democratic Party. Speaker Pelosi clearly consolidated power, and her willingness to call the president’s bluff has stifled criticism of her in the media and tangentially addressed concerns within her own party about her leadership capabilities.

Those who were negatively impacted by the shutdown, be it due to lapses in food stamp licensing in grocery stores or due to the loss of paychecks, will certainly remember Trump’s willingness to use people as bargaining chips when it comes to voting next November. For others who wish to see Trump be a one-term president, the possible fragmentation of his base as a result of his well-publicized failure to deliver on this particular campaign promise may also be reflected at the polls. These may be upsides for the Democratic Party, but they certainly aren’t upsides for the American people.

There is really only one perspective from where it can be argued that any good came out of the government shutdown and that perspective is a liberal/Democratic one.

This shutdown was an especially tough situation just because of its record breaking length. Government workers lost two paychecks and government contractors aren’t going to get that money back. As a former government contractor, I know that there will be no back-pay, no hours to make up and no recompense for those who are not government FTEs (full-time employees). A situation like this was always a big fear of mine. The only good I can see in this situation is the increased awareness of issues like these and the fact that blame for these hardships was placed squarely on the appropriate person: President Trump.

What an unmitigated disaster. Given Trump’s tenuous grasp on control of the federal government, his reliance on the Democrats to bow to his demands was a major and easily-callable bluff. If you’re going to use the entirety of the government and the livelihoods of thousands of Americans as leverage, you have to make sure you actually control the lever first. Trump didn’t, and he won’t in February.

The results of the shutdown have brought the executive branch very close to a legitimacy crisis. My concern is looking ahead to February. If Trump sees this next deadline as a chance to re-exert his power over the legislature, January may have only been the start of a political conflict that could send the American economy and international prestige reeling. Furthermore, this isn’t something with an instantaneous fix. Despite the president signing what is essentially a continuance for this particular matter, the damage has already been done. Re-funding the government doesn’t mean that those thousands of federal workers can suddenly pay rent or a mortgage, fund their healthcare costs, or pay for childcare; their obligations did not pause with the shutdown. This is a long-term threat to the stability of American economic and personnel infrastructure and I sincerely doubt the president is capable of mitigating that with any degree of finesse.

Where do we start? The short-term losses I suppose? This looks terrible internationally; a government shutdown usually does. What does this look like for our economy as well? I understand we still had a great jobs report in January, but much of that was catch-up from the significant decline in December. The economy lost $11 billion. Federal workers lost out on two paychecks, although they’ll receive back pay whereas federal contractors will not

So basically this shutdown affected more than just our domestic economy. Thankfully, another government shutdown was narrowly averted, only to be followed by the announcement of a national security on our southern border; but that is another topic altogether.

I would also like to note that a wall is not border security because it realistically won’t secure anything. The budget for real border security has increased dramatically every year since the 1990s. It has not been neglected. Furthermore, a wall simply won’t stop even the majority illegal immigration on our southern border since the majority of undocumented workers in the U.S. simply overstayed their visas. A wall won’t stop that.

Additionally, building a 30-foot wall just creates greater demand for 31-foot ladders or tunnels. A wall wouldn’t have even stopped El Chapo’s drug movements. Bottom line though, this is not an argument about border security or a wall, it is now a political battle that will have decidedly more devastating consequences.

We kicked the can down the road to the middle of February. With the President still poised to declare a national emergency, the American government is still being held hostage despite efforts by Congress to secure a more stabilized funding bill. This shutdown is a symptom of the discombobulation of the American federal government with Trump at the wheel, and I see no change of course for this administration any time soon. I support safe and well-managed ports of entry for the safety of travelers and the American people, but this “policy” isn’t going to solve the “problems” that President Trump campaigned on in 2016. Also, “aesthetically-pleasing steel slats?” Goddamn, that’s just terrible.

We are now just more divided than ever, and jobs hang in the balance. The truly funny part of this situation is that the shutdown ended almost immediately the second the airline industry was affected. When air traffic controllers weren’t getting paid, they stopped working. That affected private industry and then the shutdown ended. I think this shows where the true power lies in Washington D.C.

Previous post The Greek crisis is far from over: Three things to look for in 2019

Next post Picking up the pieces: The Kurdish independence movement looking forward
sgrosve2