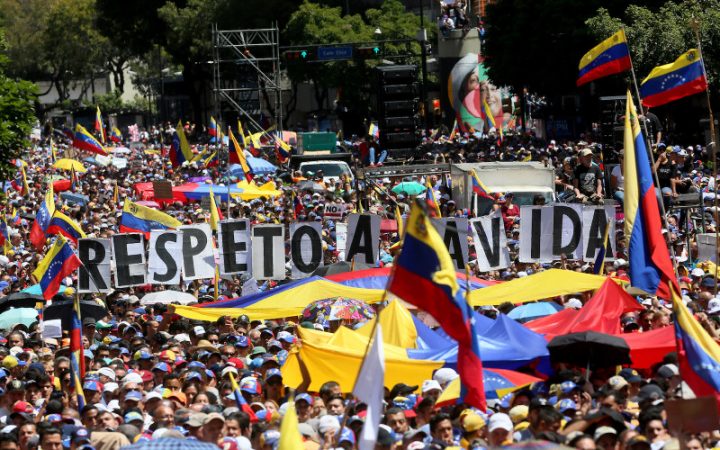 BOLOGNA, Italy — The beginning of Nicolas Maduro’s second term on January 10 as head of state set off a series of controversial events in Venezuela, and paved the way for the international community to move from neutrality to action. Highly contested elections were held in May 2018, with Maduro victorious once again, though on a mere turnout of 46 percent, a number the opposition claims to be lower due to their boycott of the elections. The international community, led by the United States and the Lima Group, a body of 12 North and Latin American countries, denounced the results through protests, cutting diplomatic ties, imposing further sanctions and deeming the election unfair and illegitimate. Maduro dismissed these claims in his victory speech and was sworn into his second five-year term as president pronouncing democracy victorious.

Following these proceedings, on January 26 the European Union advised Maduro to hold proper elections within a given period of eight days. Thus far — approximately a month later — Maduro has yet to comply, claiming such stipulation to be a U.S.-led coup d’état. Consequently, countries such as Spain, the United Kingdom, France and Germany recognized Guaidó as interim president.

Of note, the decision to recognize Guaidó as president was put forth by individual states, and the EU has not made any statement. The latter was a result of Italy’s veto on a bid to toughen the EU’s common position on Venezuela, because foreign policy positions to have a unanimous backing from all 28 member states. Italy’s situation stems from a division within the coalition government in Rome on how to address the crisis at hand. Matteo Salvini has spoken out declaring that “Italy is losing face” by not backing the opposition, whose de jure status places Guaidó as the official president of Venezuela under national law. On the other side Luigi Di Maio, the leader of the Five Star Movement, remains neutral, neither opposing nor siding with the opposition, arguing this to be an interference in Venezuela’s internal affairs. Additional abstaining EU member states include Bulgaria, Cyprus, Greece and Malta.

But the EU has not been uninvolved. EU leaders met with several Latin American countries — Costa Rica, Ecuador, Uruguay, and Bolivia — on February 7 in Montevideo, Uruguay to discuss a political and peaceful process to end Venezuela’s ongoing crisis as part of a newly-formed International Contact Group. In a joint statement after the meeting, Federica Mogherini, the High Representative of the Union for Foreign Affairs and Security Policy, announced “[the EU’s] goal is to help establish as soon as possible the necessary guarantees for new presidential elections, and to allow for the urgent delivery of humanitarian assistance. […] For these reasons, we will soon send a technical mission to the country.” With no clear decision in sight, the group will reconvene at the end of March.