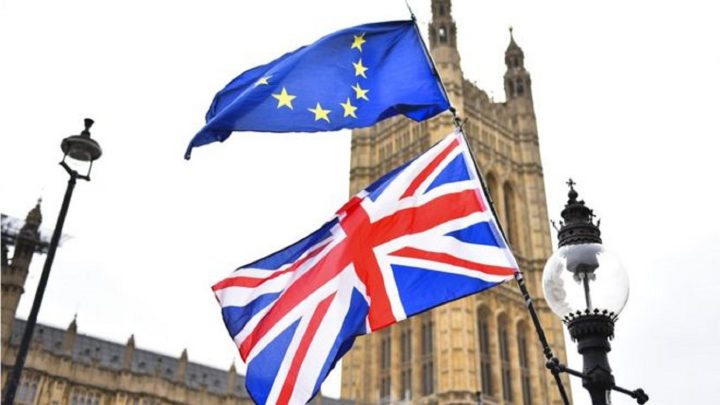 BOLOGNA, Italy —The window of opportunity for the British Parliament to approve a Brexit withdrawal agreement is closing fast. Yet the future of the U.K. and the EU’s relationship remains unclear. The Withdrawal Agreement proposed by Theresa May was defeated by a record margin in the U.K. Parliament last November. The controversial Irish backstop, which said that Northern Ireland would broadly continue to function as part of the EU, suffered much of the blame for the defeat. After surviving a vote of no confidence, May is working to avoid a no-deal Brexit that could take place on March 29 if alternatives are not approved.

Two weeks ago, Brexit Secretary Steve Barclay, U.K. Attorney General Geoffrey Cox and the EU’s chief negotiator Michel Barnier met, but made little progress was made towards solidifying the future of the U.K.-EU relationship. The group has since convened for further meetings, but the U.K.’s hope of reopening November’s Withdrawal Agreement and placing a time limit on the Irish backstop to reduce Parliamentary resistance to the deal seems unlikely. The EU has been firm in its refusal to return to the negotiating table. As a result, it seems both sides have been dismissive of a possible breakthrough.

In consequence, May is left with few options to push her agenda. She can request the extension of Article 50 in order to delay the March 29 deadline for up to three months. An extension beyond this time period would obligate the U.K. to participate in the May 23-26 European Parliament elections, an outcome both sides want to prevent. While May has consistently opposed a change in schedule to the U.K.’s withdrawal from the EU, a parliamentary revolt could force a delay request regardless.

Three possible scenarios seem likely as a result of this impasse. First, Parliament could demand an alternative strategy to negotiations and enact amendments that could change the manner of the U.K.’s exit from the EU. Alternatively, Parliament could simply force an extension of Article 50 and buy the U.K. more time to put legislation in place to deal with its withdrawal. Finally, Parliament could express its approval of May’s negotiation tactics and opt to wait for the March 21-22 EU summit, where it would be faced with the decision to  accept or reject a withdrawal agreement. This agreement could look identical to the version proposed in November 2018, or it could potentially include some small concessions from the EU. If the U.K. rejects the deal, a last-minute extension could be requested — but any postponement would have to be approved by the remaining 27 EU members. If no extension is made, a no-deal Brexit will be the outcome.

British MPs have already begun to act on their concern over this issue. Labour MPs Chuka Umunna, Luciana Berger, Mike Gapes, Chris Leslie, Angela Smith, Ann Coffey, Gavin Shuker and Joan Ryan have all left the party due to their disillusionment with the party’s direction and leadership. This week, three Tory MPs, Anne Soubry, Heidi Allen and Sarah Wollaston also defected from the Conservative party, claiming Brexit has been taken over by the party’s right-wing, anti-EU members. These MPs have since united to form the Independent Group, bonding over their opposition to a no-deal Brexit.

With a falling sterling and fluctuating market volatility, the uncertainty over Brexit is already affecting U.K. citizens. Furthermore, anticipation of border disruption has caused large companies such as Jaguar Land Rover, Ford and Honda to pause production and cut jobs within the U.K. With the window of time closing for no-deal Brexit protesters, May and the U.K. Parliament face mounting pressure to find a solution to alleviate the rising political and social unrest.