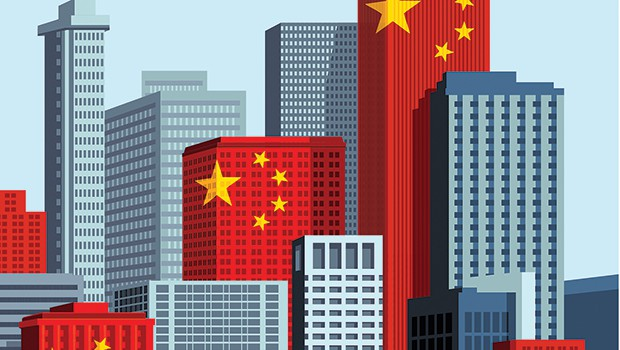 By Zhang Yaoyao and Amy Bodner

China does not have a housing bubble

NANJING, China — According to a report by a Chinese research firm on the Chinese housing market in October 2018, the growth in  housing prices in China has started to show signs of slowing down. But does this mean that there is a bubble in China’s housing market? Research from various housing agencies and comments from Chinese people on the street argue that the answer is no.

Although the soaring housing prices in first-tier cities such as Beijing, Shanghai, Shenzhen and Guangzhou seem to have slowed their jaw-dropping speed since 2014, they still show great potential to rise again. The only reason they have not gone up as quickly as they did in previous years is strong intervention by the central government, which claimed on multiple occasions that it will “strongly curb the increasing of housing prices and expedite the establishment of a system to help the long-term healthy development of the real estate industry.”

What lies behind the statement is the investment value of houses in China. Due to capital control and a volatile, immature stock market, a vast amount of money in China cannot find its proper mechanism to reward investors with a satisfactory return. Therefore, houses in China have always remained the number-one investment choice for middle-class families and financial institutions.

Furthermore, the demand for buying a house to live in, as opposed to one to invest in, is also unfulfilled. For example, even for a husband and wife each holding a Shanghai “hukou” as a registered resident, couples are generally only allowed to buy one house, with a down payment of about 35 percent. In some circumstances, couples are allowed to buy a second house with a down payment of no less than 50 percent. For non-Shanghai “hukou” holders, it is much more difficult to buy a house, even if they work in the city and can afford such staggering housing prices.

Besides this highly restrictive policy on buying a house, cultural factors are also very important. According to the 2018 Single People’s Living and Transportation Consuming Report, published by 58.com, China’s largest urban service provider, 62.5 percent of young people prioritized  buying a house over marriage. Aside from this deeply ingrained expectation of home ownership before marriage, buying a house for oneself or one’s parents also remains strong. Due to zoning and education policy in China, buying a house in a reputable school district is also essential for couples to ensure a strong education for their children.

When demand is high, the likelihood of housing prices to decrease sharply is trivial. Lofty down payments, often paid by couples with help from their parents, are a great cushion for preventing large-scale defaults when a situation similar to the subprime mortgage crisis arises. But most importantly, due to the vital significance of the housing market and the consequences expected should it collapse, the government will not stand by and watch it fall. Besides, what the government is busy with right now is curbing the housing prices, not worrying about them going down.

The housing bubble is a threat to China’s financial future

NANJING, China — China’s housing bubble, a key component of China’s larger debt crisis, sets the nation on the precipice of the next big financial crisis. Similar to the United States on the eve of the 2008 financial crisis, China currently has soaring levels of public and private debt. Economists have debated the possibility of China’s real estate Armageddon for over a decade, and with good reason. If the housing bubble bursts, China’s economy will descend into chaos, and due to huge debt, China might lack the resources to bail itself out.

The threat lies within the Chinese government’s high debt-to-GDP ratio, which comes from significant debt spread across local governments, state-owned enterprises (SOEs) and real estate development projects. Officially, China’s debt-to-GDP ratio is reported at only 47 percent, though in reality the number is as high as 300 percent.  By comparison, the United States operates at a 105 percent debt-to-GDP ratio. Beijing has managed to stave off a debt crisis through a series of kick-the-can-down-the-road debt rollover policies, essentially refinancing its loans and waiting for GDP growth to generate the resources necessary to pay back debt. However, China’s housing bubble has an increased chance of bursting as GDP growth slows. It is simply a matter of when.

The origin of the housing bubble in China is its booming real estate market. Wang Jianlin, founder of China’s megalithic Wanda Corporation, labeled the real estate sector “China’s biggest bubble.” Real estate is a significant driver of the Chinese economy, accounting for around 30 percent of GDP growth. Housing prices have grown by around 13 percent annually since the early 2000s, while land prices in major Chinese cities have increased by five times their original value. Seizing the opportunity, Chinese developers have been purchasing land and building residential real estate — an average of 5.5 million apartments a year. Employment in the construction sector accounts for 16 percent of urban employment currently in China.

Why is real estate such a hot investment in China? Iron-fisted Beijing allows few legal channels for overseas investment, the stock market is volatile and banks keep interest rates artificially low. Naturally, nouveau-riche Chinese looking to expand their wealth turn to real estate because it is perceived to be a highly profitable and stable avenue of investment. Housing prices have exploded 31 percent from 2015 to 2017, and now they are the most expensive in the world. China is interested in letting developers build houses to boost GDP, there is no shortage of buyers and returns on housing investments keep increasing. Enter the housing bubble.

All of this investment leads to debt. Chinese borrowing is on the rise, increasing to from 162 percent of GDP in 2008 to over 266 percent of GDP currently. Chinese citizens have massive public debt as they take out loans to buy houses and the Chinese government has debt in investment projects whose goal is keep GDP numbers high. Beijing has to walk a tightrope between taking out investment loans to stimulate the economy while trying to manage the consequent ballooning debt. In 2016, Chinese banks issued a record high of 12.65 trillion RMB in loans to meet economic growth targets. Residential real estate investment has increased 14 percent from 2017 to 2018, while development loans have increased 21 percent in that same time-frame.

Debt is not an issue so long as returns are high enough to cover the interest payments on loans. China has relied on this method of kick-the-can-down-the-road debt alleviation since its economic boom in the 1980s. At that time, China lacked basic infrastructure, housing and transportation, so investment opportunities in those industries were highly lucrative. Beijing could just take out loans, wait for the economy to grow and then pay down the loans when they were wealthier as a nation. Now, China’s pattern of massive lending, massive development goals and then massive payoffs can only continue if China’s GDP growth continues at high rates. Previously, China’s unprecedented GDP growth generated the resources necessary for the government to pay off its loans. But GDP growth is slowing. One reason for falling returns on investments is underperforming SOEs, but these must be supported by the government as they are “too big to fail,” and so they contribute to Beijing’s overall debt level.

As Beijing searches for a solution to the debt crisis, it follows its nose to high returns in the real estate market. This increases the likelihood that the housing bubble will continue to inflate and burst. Ideally, China needs to continue to boost its GDP growth, likely via development projects, while deleveraging debt. Unfortunately, these two moves are fundamentally at odds, as it is necessary to borrow to fund development. One option would be to let house prices fall, which would cool investment, but this is not politically feasible. Homeowners expect their property values to increase, and reforms that threaten this growth have led to protests. Also, given that many real estate development firms are at risk of financial insolvency if house prices even level out, letting prices fall significantly might start a domino effect of bankruptcy, leading to domestic instability. Chinese citizens are used to a planned economy and expect Beijing to protect them from the pitfalls of market failure under capitalism.

China’s GDP growth in the third quarter of last year was only 6.5 percent, the lowest it has been since 2009. It is projected to sink even lower as the effects of the trade war with the United States are felt. China’s trade woes wedge it between a rock and a hard place: Beijing currently relies on tight monetary policy to deleverage this debt crisis, but it will eventually have to loosen its monetary policies to encourage growth so that China can stomach the brunt of Trump’s tariffs.

The next few quarters of GDP growth reports will reveal much about the future of China’s housing bubble. If China’s debt-to-GDP ratio swells to a level that the returns on investment are not enough to cover the cost of the interest accrued on the loans, the bubble will burst. Perhaps Beijing will look for ways to give its economy a competitive advantage, such as seeking higher productivity from workers or considering giving more autonomy to the private sector. However, given Xi’s political tendencies to tighten rather than liberalize, this seems unlikely. The only thing that is certain is that if China’s bubble bursts, there would be an economic recession the likes of which would make the 2008 financial crisis seem minor by comparison.